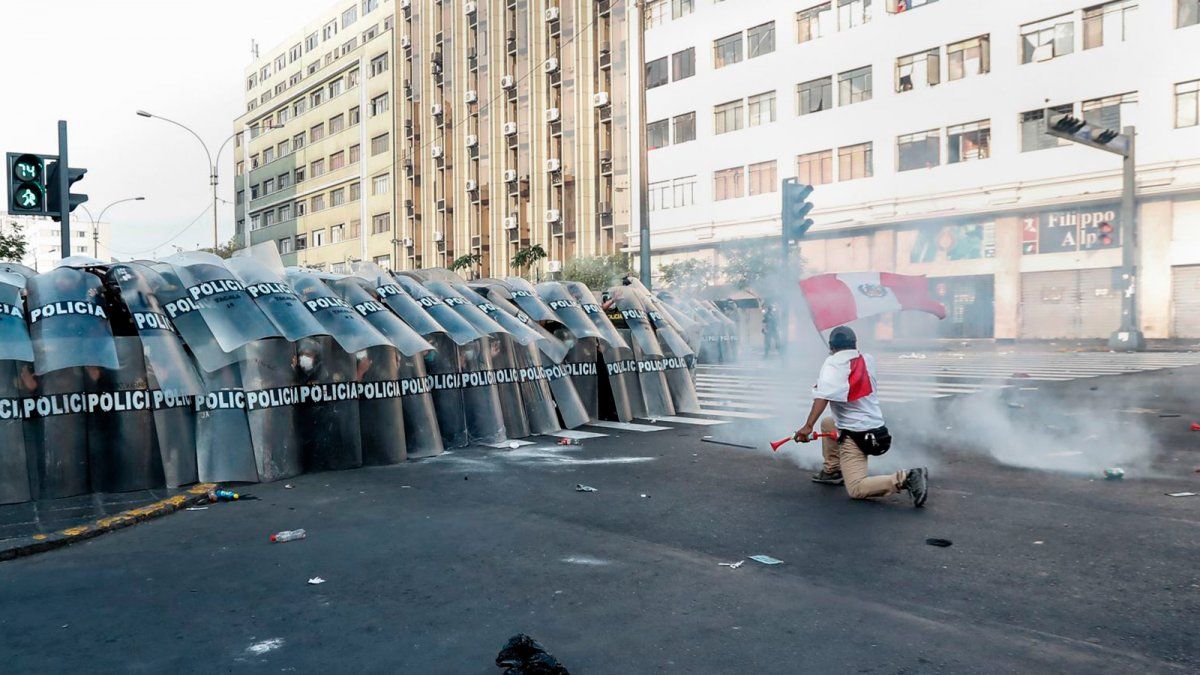 However, after the announcement, thousands of Peruvians came out to protest in the center of the capital and in other cities – such as Trujillo, the capital of the northern department of La Libertad and the third largest city in the country. where they demanded the resignation of the president.

On Limasome demonstrators unsuccessfully tried to enter parliament, broke windows and painted walls in front of the Public Ministry, and entered and destroyed and looted computers and other items in the headquarters of the Superior Court of Justice.

In addition, they clashed with the police, who fired water and tear gas at them. The Ombudsman reported that at least 11 soldiers were injured in these clashes.

Why was there a curfew in Peru?

The government of Peru decreed a curfew for almost the entire day this Tuesday in Lima and the neighboring port of Callao, after a partial strike of carriers that caused road blockades and disturbances.

“Given the acts of violence that some groups have wanted to create (…) and for the sake of restoring peace and internal order (…), the Council of Ministers has approved declaring citizen immobility (curfew) from from 2 a.m. to 11:59 p.m. on Tuesday, April 5, to protect citizen security,” said President peter castle in a message to the country on television around midnight.

The measure, which immediately provoked expressions of rejection on social networks, implies leaving the 10 million inhabitants of Lima and Callao locked up in their homes on Tuesday.