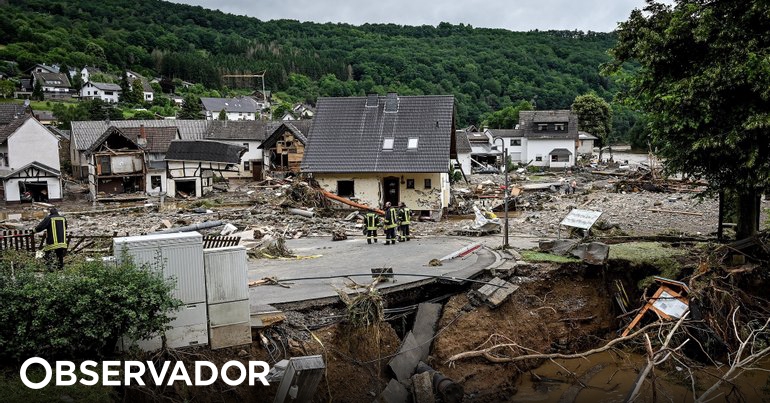 At least 168 people died as a result of torrential rains and the resulting floods and floods that have affected Germany and Belgium in recent days, indicated this Saturday afternoon a new assessment by the authorities of these two countries. Authorities also warn that these numbers could rise as around 1,300 people in Ahrweiler County remain unaccounted for.

In the affected areas, according to the German Interior Ministry, there were about 22,000 firefighters and aid organizations in addition to about a thousand police officers.

Chancellor Angela Merkel will visit the affected areas in Rhineland-Platinum on Sunday, while in Belgium Prime Minister Alexander De Croo was in Rochefort accompanied by European Commission President Ursula von der Leyen, Deputy Prime Minister Pierre-Yves Dermagne and a of the mayors of the area affected by the floods.

A sunken city, close to 1300 missing people and warnings that did not prevent a tragedy. Germany’s deadly floods

Although the rain has already stopped, the pressure on water courses remains high and in Bessel, in the province of Limburg, residents of areas close to the Mass River are being asked to leave their homes.

“Even if the water does not reach the top, there is already pressure on the dikes”, explains the local authority cited by national newspapers. “The pressure of so much water is great and, therefore, there is always some chance that a dam could burst and then the water will flow quickly to this area by the river”, they stress, advising the residents to leave.