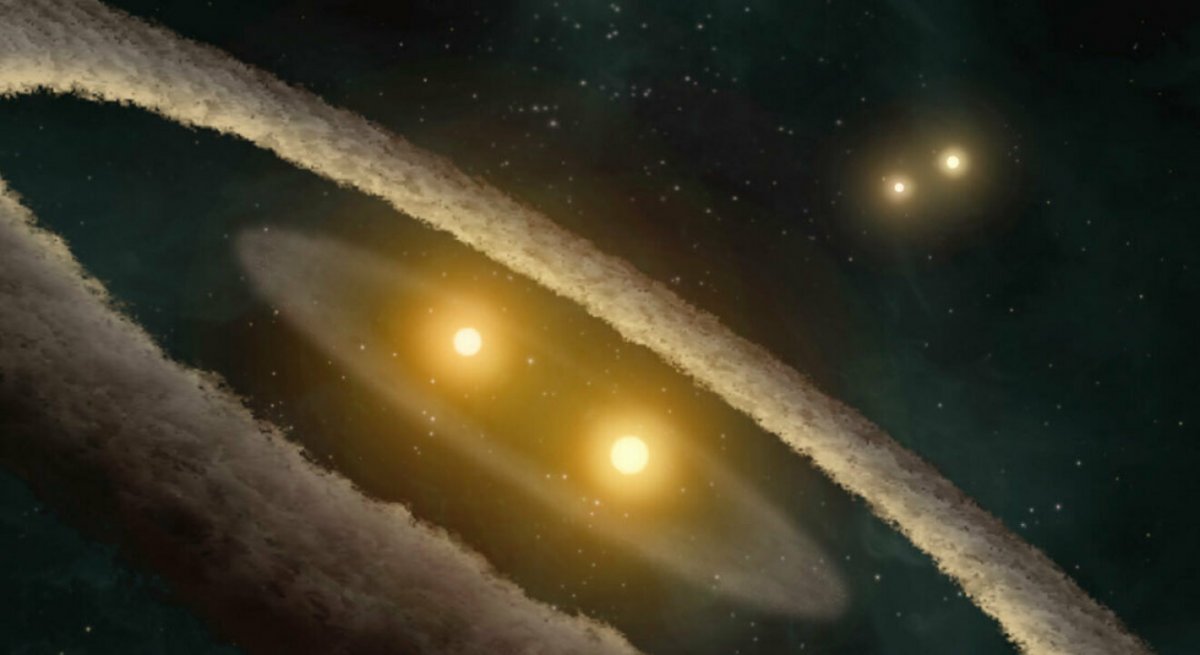 A highly unusual triple star system discovered just a few months ago may originally have consisted of four stars, two of which have collided. This was the result of modeling by a research group in Denmark, but more precise observations would have to confirm it. The stars in the system are unusually massive: it consists of two stars, totaling 12 solar masses, orbiting each other in one Earth day. The third in the group orbits it about every two months and has another 12 solar masses. Initially it had appeared to be a binary system overall, but then the unusual configuration was discovered.

The peculiarity of the system with the designation TIC 470710327 was discovered by amateur astronomers who searched public data from NASA’s exoplanet hunter TESS, explains the Niels Bohr Institute. They pointed out anomalies in the star system, after which it was discovered that there are three stars in total. It is the first such compact and at the same time massive triple star system that has been discovered so far. The team wants to find out just how unique it actually is. Although we already know many triple systems, the mass of the stars is usually significantly smaller, says Alejandro Vigna-Gómez, who led the analysis.

There were different theories for the origin of the system, he adds. So it is conceivable that the two inner stars formed together and only later captured the third star. Or else two double star systems were created first, in which a pair finally merged. In a simulation with 100,000 runs, the latter emerged as the most likely explanation. But even if you have a model now, that’s not enough. With a suitable telescope, the system is now to be further explored. At the same time, the team urges the scientific community to look for similar star systems in the available data. That’s the only way you can understand what you’re looking at here. The research appeared in the Monthly Notices of the Royal Astronomical Society.

See also  "Galactic Disinfectant": Isopropanol detected near the center of the Milky Way