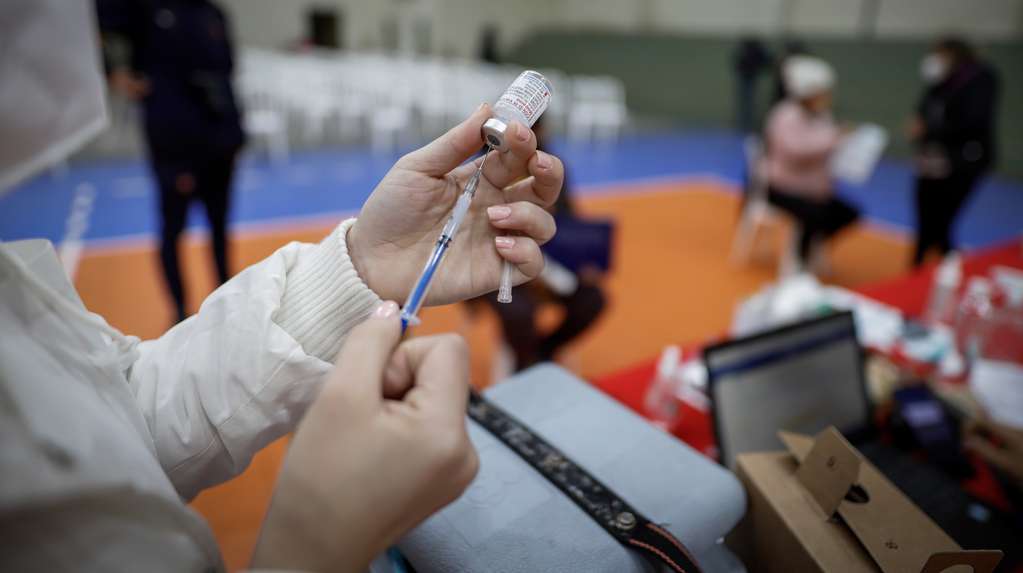 In the last hours, the vaccines of Johnson & Johnson Y AstraZeneca came under scrutiny again for a possible link between these immunizations and the Guillain-Barré syndrome. It is that while the Food and Drug Administration (FDA) announced that it will issue an alert for North American development, the European Medicines Agency (EMA) asked to be alert for the British vaccine. Faced with this situation, which adds to the already notified possibility of generating blood clots, both companies announced that they are analyzing reformulating their serums.

Beyond the names and origins, both vaccines share the same platform, that is, they are based on a viral no replicativo, that is, they use an adenovirus (such as the influenza virus) that introduces a small piece of the SARS-CoV-2 protein (that is, the crown that gives it its name).

The strategy is simple: a Troy Horse. While the adenovirus is the wooden giant, the spike is Ulysses hidden within. However, unlike the novel, there will not be an invasion but a simulation that will allow the body to learn to fight disease without actually getting sick.

This Monday it was known that the FDA prepares to announce a warning about the vaccine Johnson & Johnson, since the Centers for Disease Control and Prevention (CDC) had detected 100 Guillain-Barré Preliminary Reports, out of a total of 12.8 million immunized, who would have developed the pathology after receiving the vaccine. As they pointed out, the cases arose from two weeks after vaccination, which in this case is with a single dose, and mainly in men of 50 years or more.

The prototype called Janssen Ad26.COV2.S COVID-19 was presented as a great solution to the pandemic, since when administered in a single dose and only required a refrigeration of between 2 ° C and 8 ° C, several nations did it. evaluated as the most indicated, since, in addition, it had shown an efficacy of 85.4% for the prevention of serious disease and 93.1% for hospitalization.

However, the bad news clouded the good results of his studies. In April, the CDC together with the FDA recommended suspending the administration of this vaccine as it was associated with pictures of thrombosis-thrombocytopenia syndrome (TTS). However, in May this suspension had been lifted, since they affirmed that “lknown and potential benefits of the vaccine outweigh the risks known and potential ”, although a clarification was added to the label.

Even after an alleged contamination with the vaccine of AstraZeneca At a Baltimore facility that was managed by a subcontractor (Emergent BioSolutions), the management of Joe Biden ordered that about 75 million doses of the vaccine be discarded and decided to withdraw, directly, the chance that the British development will continue to be manufactured in that place, but according to local media, the production of Janssen was not carried out either.

To this barrage of bad news, now was added the possible bonding what exists between this vaccine and the Guillain-Barré syndrome. As noted by the CDC, this pathology has a rate of around 60 to 120 cases per week and is triggered after having suffered a viral or bacterial infection.

Now the FDA ordered that they be carried out changes on the data sheet delivered by the pharmaceutical company ”to vaccinators. “In most of these people, the symptoms (of Guillain-Barré) started within 42 days later upon receipt of the vaccine Janssen. La possibility that this occur is very low”, Warns the writing.

In a statement about the possible reformulation of its vaccine, Johnson & Johnson assured that supports “continuous research and analysis while we work with medical experts and global health authorities “and highlighted that” it remains committed to helping end this deadly pandemic as quickly as possible. “

English vaccine under the magnifying glass

The vaccine Janssen you are not alone when it comes to facing adverse effects, as the first was AstraZeneca. With almost a dozen countries that decided to suspend its application, the development also carried out by the Oxford University was put under the magnifying glass on several occasions because of the relationship they had found between the application of immunization and pictures of “Vaccine Induced Thrombosis for Coronavirus (VITT)”.

After several twists and turns, the EMA assured “the benefit-risk is still considered positive and we do not see any problem in continuing the vaccination campaign with it ”, however a warning was added on this aspect. Now, I could add another to a possible bonding with the Guillain-Barré syndrome.

As reported last Friday, the European agency “does not confirm or rule out, for now”, a possible relationship between the vaccine and Guillain-Barré syndrome, that is why they decided to issue a alerts medical staff and patients so that they remain alert to possible symptom. Meanwhile, the safety committee (PRAC) suggested that this warning be added to the product information to monitor “a possible adverse event that requires specific activities.”

Although the EMA evaluation committee agreed to add a note to alert health professionals about the cases of Guillain-Barré after vaccination, it clarified that “at this stage (of the investigation), the available data neither confirm nor rule out a possible association (Guillain-Barré syndrome) with the vaccine (from AstraZeneca) ”.

For its part, AstraZeneca assured that he is “actively working with regulatory entities and the scientific community to understand these events extremely rare blood clotting tests, including information to boost the early diagnosis and intervention and proper treatment ”.

What is Guillain-Barré syndrome?

The Guillain-Barré syndrome (SGB) is a autoimmune disease which is triggered by an infectious process (viral or bacterial, or even after a vaccine) and has an incidence rate of between 1 and 2 cases per 100,000 people. The development of the disease could be summarized as a battle of the body with himself, as the immune system attacks the peripheral nervous system (nerves and nerve ganglia) and causes painful, thermal, or tactile sensations, in addition to generating muscle weakness and loss of sensation in the legs or arms.

Considered a disease “strange“, the WHO warns that in the “most cases, even the most severe, patients make a full recovery”, Although he clarifies that there is a percentage that can suffer from almost total paralysis, for which he warns that the application of treatments and medical follow-up is of utmost importance, since the symptoms can last for a few weeks and, in most cases, they recover without serious neurological complications. It is worth noting that, although there are improvements, this pathology has no cure.

// AstraZeneca: a study indicates what would be the reasons why the vaccine causes thrombi in certain patients