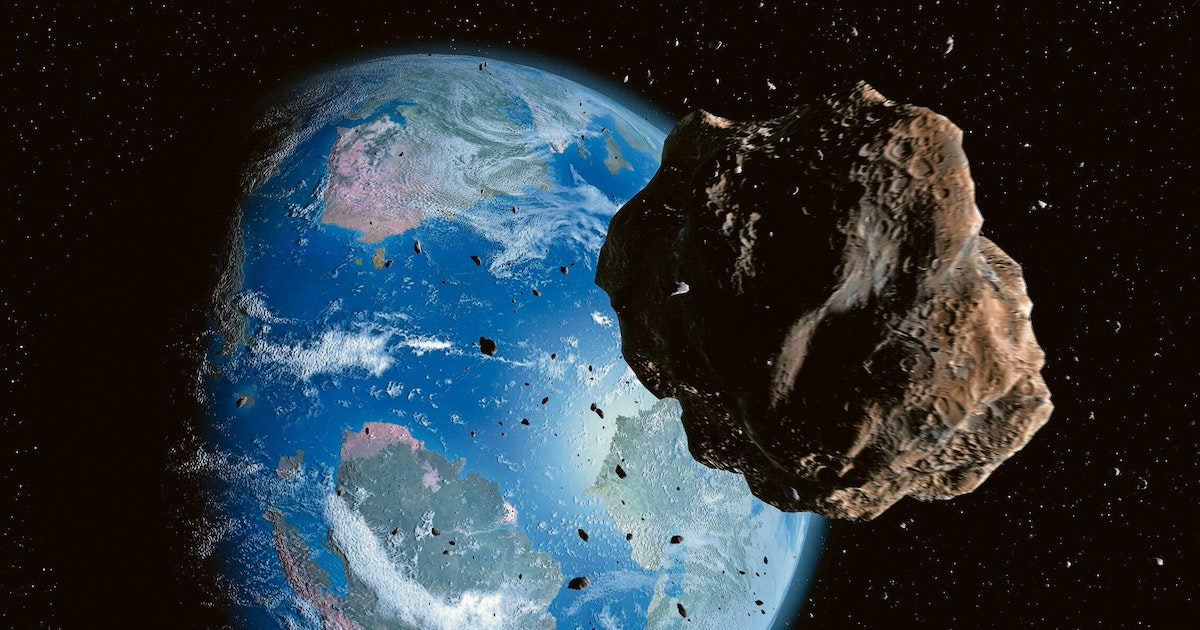 Asteroid is hurtling toward Earth

An asteroid with an estimated diameter of 350 to 780 meters is hurtling towards Earth. According to NASA, the giant rock is moving at a speed of 37,400 kilometers per hour. It will therefore enter Earth orbit on Thursday.

Asteroid 418135 (2008 AG33) is considered “potentially dangerous”. NASA classifies all objects in this category that come within 7.5 million kilometers of the earth or less. The closest point to Earth that the asteroid is projected to reach is 3.2 million kilometers away. That’s relatively close from a cosmic perspective, roughly eight times the average distance between Earth and the Moon.

China wants to crash spacecraft into asteroids in case of disaster

The asteroid, which could be twice the size of the Empire State Building and is now hurtling towards Earth on Thursday, was first spotted in 2008 and last flew by the blue planet on March 1, 2015. It passes the near-earth zone about every seven years. Whenever an asteroid threatens to hit Earth, astronomers at space agencies around the world work to deflect it.

So far, it has not been necessary to use missiles, for example. The Chinese Space Agency is in the early stages of planning planetary diversion strategies. In the event of an imminent catastrophe, the intention is to crash a spacecraft into an asteroid, according to the Daily Mail, for example.