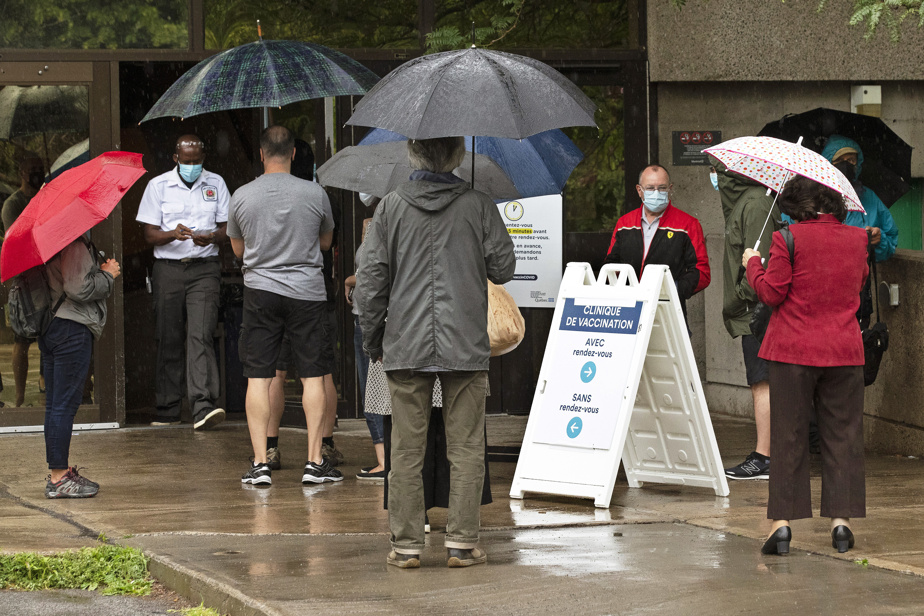 For the first time since the start of the pandemic, Quebec has recorded no deaths in the past week. However, the strong presence of the Delta variant in Ontario calls for caution.

Quebec has not recorded any deaths for seven days. The last dates back to July 6. Since the start of June, the province has recorded six more days without fatalities.

“It’s very encouraging to see that there are no deaths, it’s a very good thing. What is happening in Quebec is the result of several factors, including vaccination, which is increasing quite rapidly, ”says Dr.r Gaston De Serres, epidemiologist at the National Institute of Public Health of Quebec (INSPQ) and member of the Committee on Immunization of Quebec (CIQ).

Note that deaths sometimes take a few days to appear in official statistics, so more deaths could be added. For example, Quebec last week reported nine deaths that actually occurred last winter in the Chaudière-Appalaches region.

The 75 new cases reported on Wednesday bring the seven-day daily average to 67. The trend has thus been stable for a little over a week. There are 31 active outbreaks, including 18 in workplaces, 2 in care or living settings and 7 in daycare settings.

The province currently has 79 people hospitalized due to the pandemic, 6 less than the day before. Of these, 25 are in intensive care, as many as the day before.

Be careful with the Delta variant

Despite the encouraging results, Quebecers must remain cautious due to the spread of the Delta variant, warn experts. In Quebec, 80% of recently reported COVID-19 cases across the country are attributable to worrisome variants.

The Alpha variant, discovered in the UK, still represents the majority of variants sequenced nationally. The number of cases of the Delta variant, first reported in India, however, has increased and now accounts for the majority of new COVID-19 cases in some regions, including Ontario, the Public Health Agency said on Wednesday. from Canada.

With the Delta variant, which is so contagious, the proportion of the population that must be immunized to truly block transmission is much higher than what would have been needed if the coronavirus had remained as it was at the very start of the pandemic.

The Dr Gaston De Serres, epidemiologist at the National Institute of Public Health of Quebec

According to the most recent data available, the Delta variant virus seems to multiply faster in human cells, in particular because of its ability to bypass the first antiviral defense in the lungs, explains Nathalie. Grandvaux, specialist in antiviral defense mechanisms.

For now, Quebec has only reported 183 cases of the Delta variant, half of which in Montreal. Several factors may explain the limited spread of the variant of concern in the province, including the gradual deconfinement, says Mme Grandvaux. “The easing measures were put in place at a time when the epidemiology was very favorable, which limits transmission,” she says.

Until now, many cases have been observed in schools and workplaces. The holidays have started, which reduces the transmission contexts. “So far this has been enough to contain the transmission of the Delta variant,” she says.

The Department of Health and Social Services reports administering 92,825 doses on Tuesday, for a total of 9.6 million since the start of the campaign. Thus, 6.1 million Quebecers have received at least one dose, or 71.4% of the population. Of the number, 3.5 million received two doses, or 41.3% of the population.

According to the Minister of Health and Social Services, Christian Dubé, the key to beating the virus is to get your second dose of the vaccine. He recommends that all Quebecers go and get it. “Campgrounds, parks, festivals, company vaccination – without [rendez-vous] is very popular and available in all parts of the [Québec] “, He said Wednesday on Twitter.

“All the epidemiological and laboratory data show that complete vaccination is necessary to give maximum protection against the Delta variant”, recalls Mme Grandvaux.