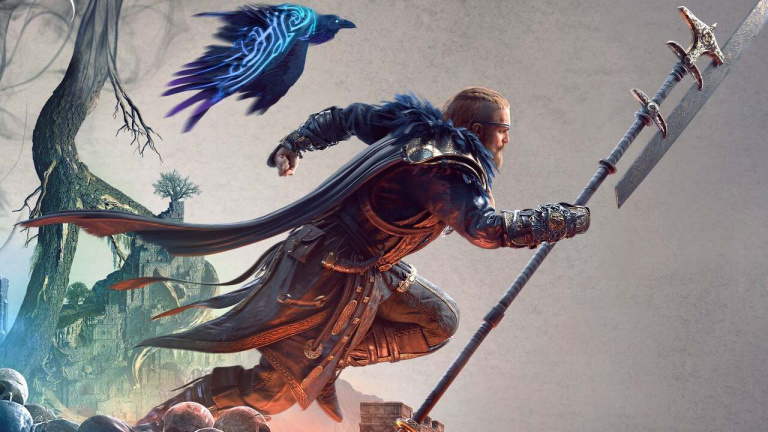 Assassin’s Creed Valhalla: what is its brand new free roguelite mode worth?

While waiting to give us information on the future of the series, Ubisoft has offered us a free DLC for Assassin’s Creed Valhalla. Surprisingly, the latter introduces a divine roguelite mode into the game. But is it worth going on an adventure with Eivor to find out?

Rolling out since August 2, the latest Assassin’s Creed cadet update has brought us a new adventure for Eivor… or rather for Havi/Odin. Our viking once again took one of Valka’s potions to return to the domain of the Gods. We thus find there the Allfather who, after having crossed Svartalfheim in search of his son Baldr, goes to the kingdom of Hel in the hope of bringing him back. This free extension therefore follows the adventures of the DLC Dawn of Ragnarök, although it is not necessary to have played it to set off to attack forgotten saga. Admittedly, there is a narrative framework, but that is not what makes the main interest of this new epic.

forgotten saga is above all a game mode that allows you to try out a more roguelite approach to Assassin’s Creed Valhalla. The realm of the dead functions differently from Asgard and from all the divine lands surveyed so far. It is divided into areas that you will have to cross without perishing to hope to reach the castle of Hel. If you die, back to square one. The task is all the more difficult as you cannot use your usual equipment. To have a chance of getting out of it, you will have to improve your weapons and skills, but also your health and your runes during your run.

Of course, this will not be without difficulty. Each reward is obtained by winning fights whose modalities vary. In addition, you will have to choose from several branches and therefore think about the types of rewards you want to prioritize. Along the way, you will also come across altars allowing you to regain life, merchants and even some NPCs who will help you in your quest.

Note that as you progress, you will collect several types of resources. If some will allow you to facilitate your next run, others can only be used during the current one while the last will accompany Eivor in his world to be exchanged with a new character, Everold, in order to obtain new equipment. . As usual, these are weapons and cosmetics, but note that they are particularly desirable and not frustrating to obtain. But you still have to enjoy this new game mode for that.

A revamp for Assassin’s Creed Valhalla?

This new mode is in line with all the content offered so far in Assassin’s Creed Valhalla. We find the mechanics we know, the mythical enemies we know, the divine environments we know, the skills we know… If you don’t like the gameplay of Assassin’s Creed Valhalla fights or if you were hoping for profound new features, there is little chance that this extension will succeed in seducing you. But if the latter takes up the old, it is to make it all the same something new which will know how to rekindle the interest of players who have abandoned the game for a long time.

Note that if you’ve been hooked on the whole mythological pan of Assassin’s Creed Valhalla, forgotten saga is in the same vein. The developers have taken care to infuse a good dose of lore and narration which, if it can be dispensable for players who are not very interested, will delight fans of Norse mythology. Whether through the usual excerpts from mythological stories or the cutscenes punctuating your runs, it is pleasant to learn more about Odin and his companions and we were pleasantly surprised. Especially since the story brings an interesting consistency to the game mode. Everything is accompanied by a very well-crafted atmosphere that makes you want to get lost, despite a lack of novelty in the scenery.

This mode still manages to be surprising. The diversity of fights and rewards, the many new little mechanics here and there as well as the advantages granted over the runs make it possible to offer an adventure that is certainly repetitive, but without being boring. From Odin’s camp (starting hub) to the last boss, we always discover little well-founded novelties that can give a little balm to the heart to go back to battle.

Note all the same that in the long run this is not enough to find the necessary motivation to return to battle. Especially since the runs can be quite long and starting from the beginning can be frustrating, especially for players not used to the roguelite genre. If this extension is mainly aimed at players who liked Assassin’s Creed Valhalla, some knowledge of roguelite or demanding games like Souls or God of War will therefore not be too much to help you appreciate it. But if this new mode will speak easily to fans of this kind of game, it will undoubtedly leave the most demanding players unmoved.

A challenge worthy of Elden Ring?

Between the roguelite aspect and the combat system à la God of War, one would expect a particularly difficult mode. Its very principle makes it harder to overcome than to complete a classic Assassin’s Creed Valhalla quest. Nevertheless, it is not deeply full-bodied on its own and even goes through quite quickly. With a little concentration (and a touch of luck), it will take you half a day to reach the last boss.

See also  its mid-range Galaxy A is not selling as expected, according to The Elec

Note also that this mode is offered in Viking difficulty only (at least initially). Fans of very tough challenges will therefore have to bite the brakes. Especially since the gameplay of Assassin’s Creed does not help to raise the difficulty. Between the discrete eliminations and the possibility of hiding from your enemies (mechanics that are not usually found in games of the genre), you can very easily get out of a difficult situation. in forgotten saga. Having little life left means little when you can stealthily assassinate your opponents one by one. Demanding players are therefore likely to cringe, especially since it is mainly on the management of life over time that the difficulty of this mode is based.

The enemies encountered are indeed not particularly tough, whether they are the classic adversaries or the bosses. If these are visually pleasing and can even be surprising, they do not all represent a great challenge. Some even offer repetitive and unfortunately uninviting fights, far from the memorable ones of God of War for example. This inequality in combat is perhaps the big downside of the extension. That said, this little wind of novelty, the lure of profit and the love of mythological stories will be quite enough to make you forget this little prank.

For additional free content, forgotten saga largely holds up. This new mode indeed offers an overall pleasant experience that will certainly make many players want to immerse themselves in the shoes of Eivor/Havi. Not enough to revolutionize the formula, but rather enough to give you a good reason to relaunch Assassin’s Creed Valhalla with interest to lose yourself in it for a few hours.