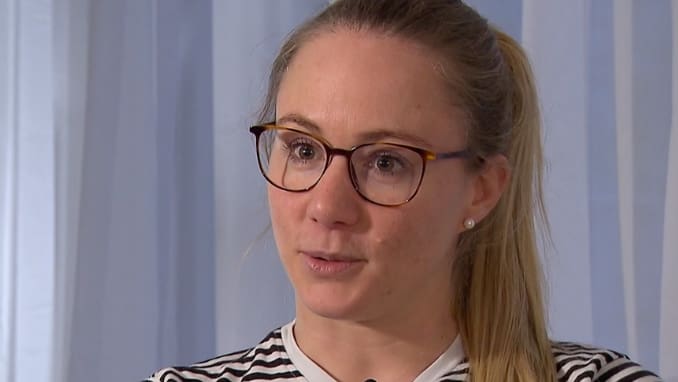 Artistic gymnastics: Ariella Kaeslin opens her heart to her sexuality

It was ten years ago that Ariella Kaeslin retired from top-class sport. Since then, a lot has happened in the life of the ex-gymnast, who is now training to be a physiotherapist.

In April last year, the European champion and World Cup silver medalist announced her coming-out on the vault and announced that she was in a relationship with a woman.

“Don’t need to define that”

In an interview with SRF, Kaeslin says that she doesn’t want to be categorized as lesbian or bisexual for this reason. “I just don’t want that. I want to stay free and open to everyone and everyone. And I don’t need to define that for myself, ”explains Kaeslin.

There are reasons why she is so open about her coming-out and also communicated this to the public, says Kaeslin: “On the one hand, I want to make life easier for other people and that happens when as many people as possible talk about such topics.”

Kaeslin: “As a former top athlete, I would like to use my platform in a positive way. And it’s also much easier and more pleasant for me if I don’t have to hide anything. “

«Couldn’t have let that happen»

The deadlocked stereotypes – especially in gymnastics – also bothered Kaeslin: “The image of the optimal gymnast is extreme, as finely defined as possible, muscular, female – and yet not too female. That is a very clear picture, which I also had in my head. Women who love women would not have had a place there. That wouldn’t have worked. “

According to Kaeslin, she “ran after” this ideal image of an artistic gymnast. “And even if I had noticed during my career that I also like women, I certainly couldn’t have allowed that to happen.”

“First I didn’t check what’s wrong with me”

Even today she still has “internalized homophobia” in her, says Kaeslin. “That means that I sometimes have days when I still doubt myself. Am i doing the right thing? On certain days, on the other hand, I’m proud of it and trumpet and spread it out everywhere. Then I have the feeling that the whole world is gay, accepts that and thinks it’s great. ” But there are also days when “I’m tired and don’t want to. And yet sometimes you have to ».

When asked when she first fell in love with a woman, Kaeslin says: “I think it was sometime last year. I didn’t even check properly at first, what’s wrong with me now? I also tried to suppress that at first. Until I realized that this is an issue that I should perhaps pursue. Luckily I followed it up.”

“My mom had a little trouble at first”

Confiding in her close environment wasn’t easy at first, says Kaeslin: “Because I wasn’t quite sure whether that was really true for me or whether it was just a phase. When I was more sure, I opened myself up to my surroundings, outed myself. First I communicated this to my friends. And that was very well received. They were happy for me.”

Then she also came out to her parents. “My mommy had a little trouble with it at first,” says Kaeslin. “I don’t think she expected a second. My dad took it very well. Today the whole family enjoys the fact that I am also into women. ” (red)