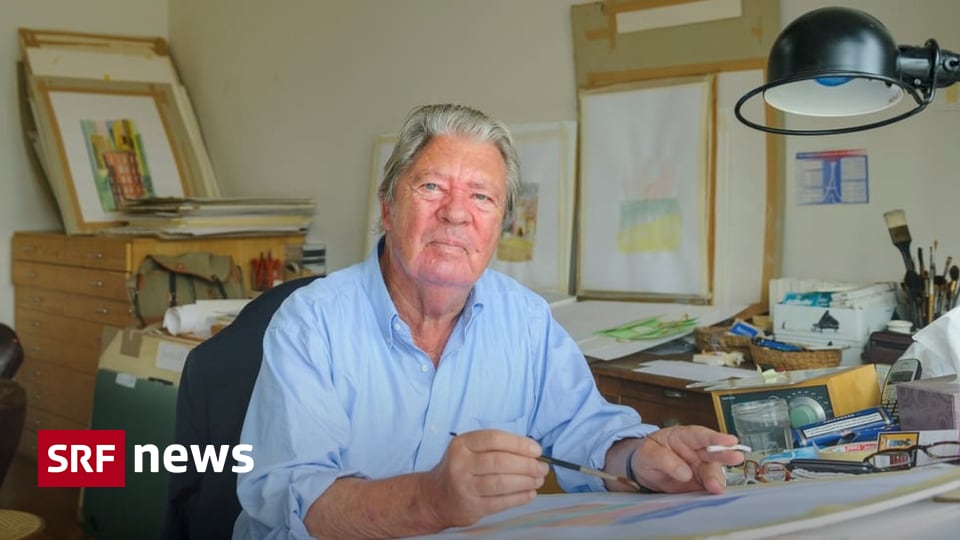 Jean-Jacques Sempé, the illustrator of the famous children’s stories about “little Nick”, is dead. He died at the age of 89, a week before his 90th birthday.

For many people in France, Sempé was something of a national institution. He has drawn more than 40 illustrated books and a story that almost everyone knows: “Little Nick”.

The series was created more than 50 years ago from a collaboration between Sempé and René Goscinny, the author of the Asterix books who died in 1977.

“Sempé is someone who was able to translate feelings very well into reduced caricatures,” explains comics expert Cuno Affolter. Affolter is the former curator of the Center BD, a scholarly archive specializing in comics in Lausanne.

The crazy ideas of the Dreikäsehoch have sold millions of copies and have been translated into more than 30 languages. Sempé was one of the most important draftsmen and caricaturists in France. And not only that: “He is one of the illustrators who designed the most covers for The New Yorker magazine. It’s Olympus for every illustrator,” says Affolter.

A career that might have gone to others’ heads. But not so Sempé, who was considered shy and modest.

He has been trying to create humorous drawings for 60 years. Unfortunately, he has not yet reached the goal, the artist, who would have turned 90 on August 17, said in a recent interview with the French regional newspaper “L’Alsace”. That is why the Frenchman, whose works have grown up with several generations, tirelessly continued to tell and illustrate.

Only at the end of 2020, Sempé published a new illustrated book, “Garder le cap” (English: “Keep the course”). In it he showed himself again as an incomparable observer of our time. He chose the title because everyone should have a goal – regardless of whether they are bakers or researchers, he continued in an interview with “L’Alsace”.

In his varied work, Sempé looks at the absurdities of the world from an unprejudiced, childlike perspective. Or he tries to trace the strange charm of the bourgeoisie with a lovingly ironic line. “If you look at his pictures several times, you always discover new stories that you haven’t discovered before,” says comics expert Affolter.

Sempé’s goal was clear: for 60 years he wanted to make people laugh and smile with stories about our big and small mistakes. In this way he made man universally visible.