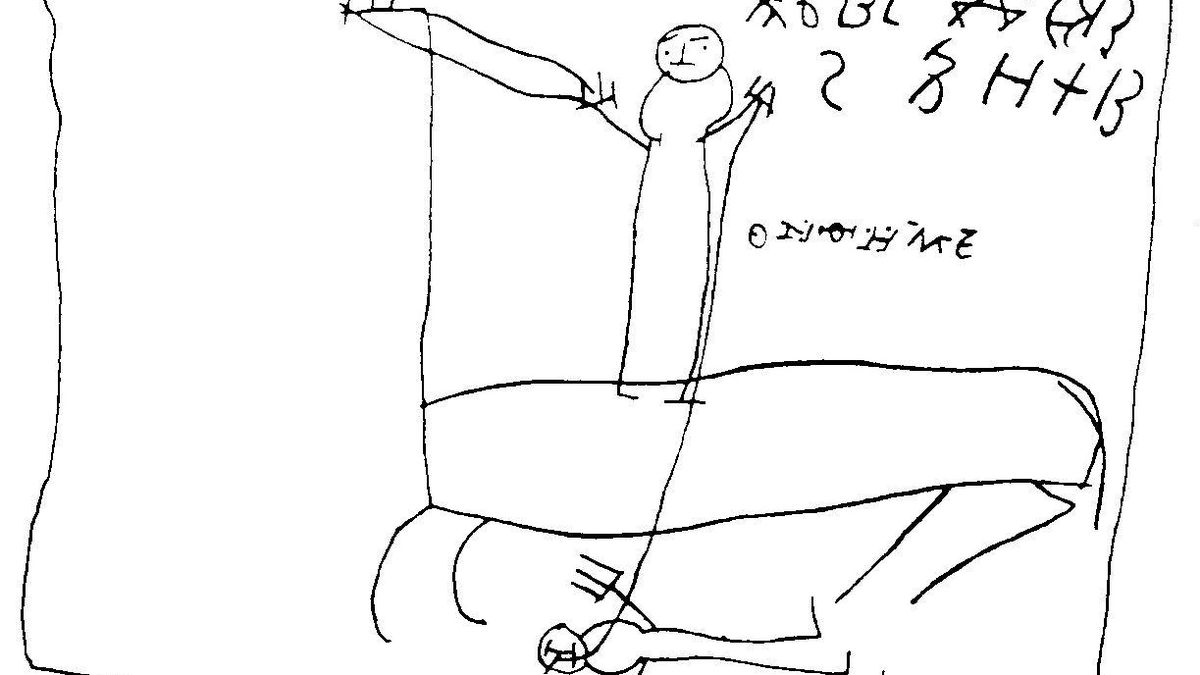 Around 800 years old: The doodles of a seven-year-old from the Middle Ages inspire the internet community

Around 800 years old: The doodles of a seven-year-old from the Middle Ages inspire the Internet community

Around 1220 lived Onfim, who was just gaining late fame with his “works” on Twitter. There is a statue in his honor in Novgorod.

The statistician Olivia Swarthout runs a Twitter channel called “weird medieval guys”. The account is run by a person who, in his spare time, collects and shares quirky and funny medieval depictions with the internet community. These include strange mythical creatures, involuntarily funny drawings from books and manuscripts and other curious illustrations.

Apparently, many users are happy if their Twitter timeline now and then contains quirky images of the Middle Ages instead of political statements and heated discussions: “weird medieval guys” have almost 410,000 followers. And Swarthout recently caused quite a stir with a post like the «star» reported.

More than 20,000 likes for medieval drawings

The post with drawings and doodles by a boy, whose age historians estimate at around seven years, garnered almost 22,000 likes and 3,200 retweets. Interestingly, the boy, who must have lived around 1220, wrote his name directly: his name was Onfim and he lived in Novgorod, Russia.

The language in which he wrote and spoke is Old East Slavic, on which today’s Russian and Ukrainian are also based. What is also remarkable about the finds is that they are so well preserved. Because Onfim’s doodles – 17 have been found in total – are all carved into pieces of birch bark, which would quickly decay under normal conditions. Also, something as mundane as a boy’s homework wasn’t usually kept.

“Often people are not aware that many people in the Middle Ages, including women, children and farmers, could read and write. Unfortunately, these works are rarer than manuscripts and more formal texts,” Swarthout comments on Twitter.

It is thanks to the clay soil of Novgorod that the boy’s “works” have survived. But why was there such a big fuss about something fundamentally very banal? Probably because the drawings allow an unusual insight into the life of a normal medieval child. The style of the drawings could also have been created today – little has changed there.

«Greetings from Onfim to Danilo»

One of the drawings shows an animal with a curly tail and pointed ears. The picture is captioned “I am a wild animal”, while another text next to it reads “Greetings from Onfim to Danilo”. It can be assumed that Danilo was a (class)mate of Onfim.

Apparently the seven-year-old, who later became famous, still had to practice counting. “The varying number of fingers in his drawings of people has led scientists to believe that counting might not have been Onfim’s forte,” comments Swarthout.