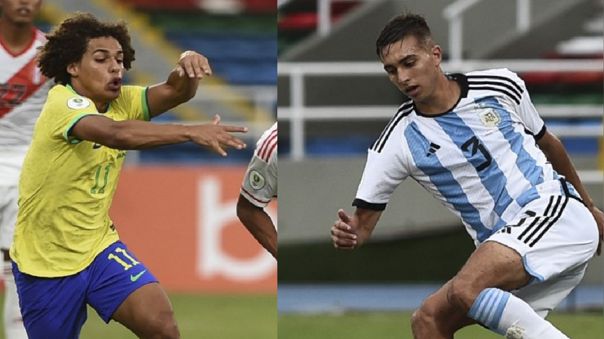 Argentina vs Brazil LIVE: for the third date of the South American Sub 20

A battered Argentine team, which fell 2-1 in its debut in the South American U20 against Paraguay, will try this Monday to win the classic against Brazil for the third day of Group A, in which the Albirroja will face Peru and Colombia will rest.

Those led by Javier Mascherano had a weak performance against Paraguay and will try to improve their image against their greatest rival, who has just beaten Peru 3-0 in their debut and arrives at a better time for this match that will be played at the Pascual stadium. Guerrero from the Colombian city of Cali.

It is possible that for this match, the former Barcelona and River Plate player does not have midfielder Facundo Buonanotte, recently signed by Brighton and who suffered “cervical spine and skull trauma during the match against Paraguay.”

However, the ‘Jefecito’ will have the rest of the squad available for this match, including Nico Paz, from Real Madrid, and Nicolás Vallejo, from Independiente, who did not show their best version against Albirroja and will have a chance to do it in the South American Classic.

Brazil, meanwhile, beat Peru 3-0 in their debut and is coming off a rest on the second day.

The coach Ramon Menezes will have to deal in this match -and in the rest of the tournament- with the loss of defender Weverton, who was injured in the first minutes of the first game against Peru and suffered a fracture in the right medial malleolus.

Douglas Mendes, a Red Bull Bragantino player who replaced his injured teammate in the game played last Thursday, is expected to replace him.

Despite this loss, Menezes will have all the rest of the roster that he summoned to try to get a place in the World Cup in Indonesia after having missed the 2017 and 2019 editions to which he did not qualify.

Among the outstanding players are the scorer Vitor Roque, one of the top scorers in the South American with two goals, and midfielder Pedrinho, whose entry improved his team in the match against Peru.

All the matches, the data and the seeds that you should take into account this weekend in FOOTBALL AS A FIELD.