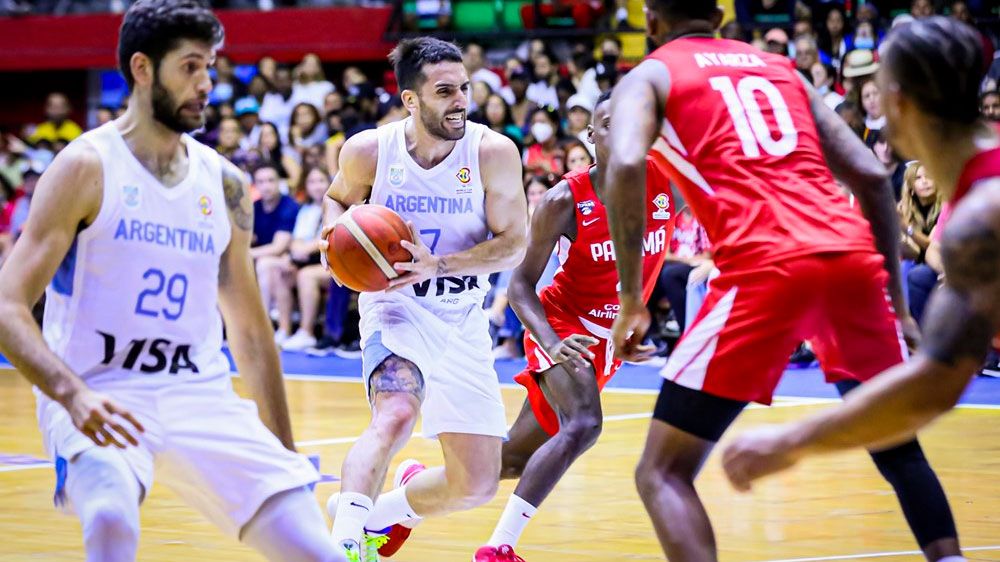 Argentina had a solid performance and beat Panama

The National Team won 88-77 as a visitor against the Panamanian team for the American Qualifiers.

The Argentine National Team basketball player won a clear victory over his pair of Panamaby 88 to 77, in a match valid for the last date of the qualifying stage of the American continent, heading to the Indonesia-Japan-Philippines 2023 World Cup.

At the Roberto ‘Mano de Piedra’ Durán Arena in Panama City, the Albiceleste team achieved their second success in a row, after beating Venezuela (69-66) last Thursday in Puerto La Cruz.

The ample success of those led by Néstor ‘Che’ García from Bahia was cemented in a forceful work in the second quarter, when he drew a difference of 16, to go into the long break 54-38.

In this way, Argentina ended the third qualifying window with a 5-1 mark, the same record as Venezuela, which today also had no complications to beat Paraguay 87-59 (0-6) to stay in first place in zone A. , for best goal difference.

The top scorer of the Argentine quintet was forward Nicolás Brussino, with 24 points (2-3 in doubles, 6-9 in triples, 2-3 in free throws), 4 rebounds and 3 assists, while strategist Facundo Campazzo collaborated with 19 units and 8 goal passes.

In the second phase of the classification, the albiceleste team will face their peers from Canada (Thursday 25) and the Dominican Republic (Monday 29) as a visitor next August, first and second in zone C, respectively.

Unlike what happened last Thursday against the Venezuelan team, the Argentine quintet made a difference from early on, with a strong defense and an intensity that allowed them to run the field and score.

After an even first quarter that ended in a draw (23-23), the second chapter gave a clear visitor dominance with a decisive Brussino (4-5 in triples), well assisted by Campazzo (7 points).

In the third period, the visiting team found effectiveness in Carlos Delfino (10 goals) who had not scored until then, but who contributed his experience as an Olympic champion (Athens 2004) to underpin sustained performance by his teammates.

The 19 points with which the albiceleste cast began the last segment (80-61) evaporated immediately at the beginning of the final quarter, with a Panama that tried to overcome the disadvantage with point guard Trevor Gaskins (former Bahía Basket) as the flag.

Argentina went almost 6 minutes without scoring, the local cast scored a partial 10-0 (80-71) and set off the alarms. Just a double from Brussino (Gran Canaria, Spain), with 2m to go. 23s. for the closing, it represented the first field conversion of a García quintet (who had 6 losses in the fourth), who showed his ‘gaps’, but achieved an unquestionable victory.

In the remaining game of the group, Venezuela, which is led by Buenos Aires coach Fernando Duró (former Gimnasia de Comodoro Rivadavia) and with 24 points from Jhornan Zamora, beat Paraguay, 87-59, at the Luis Ramos gym in Puerto The cross.