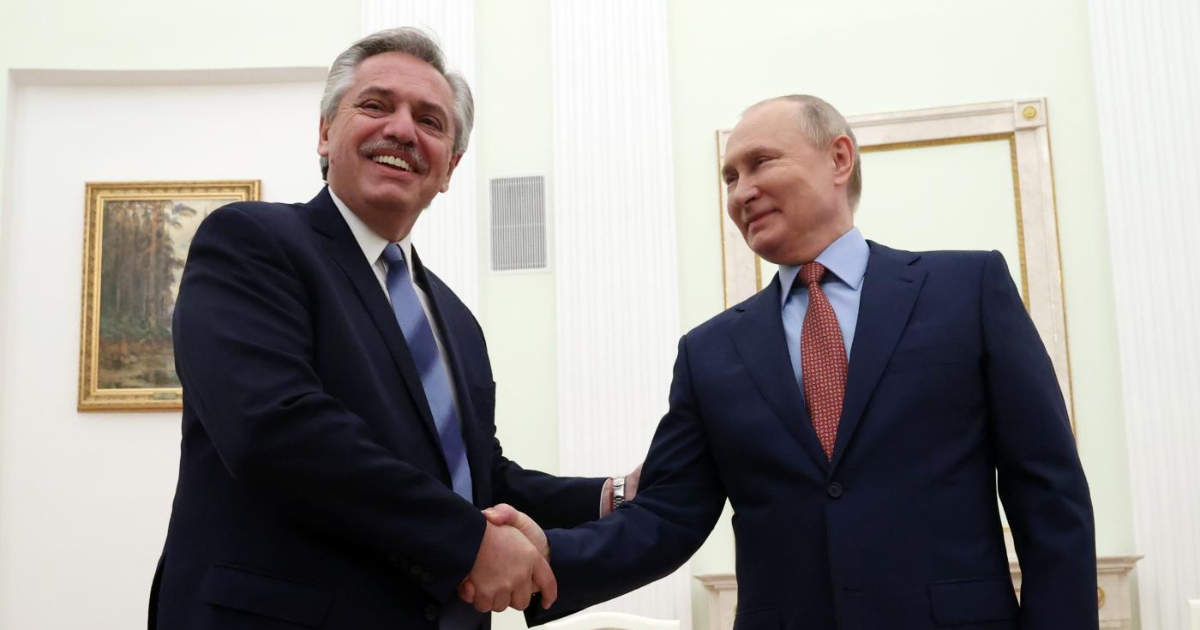 Argentina, a side game between Moscow and Beijing to distance themselves from the US and the Monetary Fund. Washington doesn’t like it

After Russia, China. Argentina broadens horizons and makes new alliances, worrying the United States. In the background, the difficult negotiation with the International Monetary Fund on the debt inherited from the former neo-liberal-oriented government led by Mauricio Macri. The Peronist president moves between fine threads and delicate balances Albert Fernandez, who led Argentina on the Chinese Silk Road, trying to hit the circle and the barrel. While the country, weakened by the pandemic, is suffering from the crisis: poverty above 40% and inflation at 50%. On Sunday 6 February, in Beijing, Argentine President Fernández made official with his Chinese counterpart Xi Jinping the entry of the South American country into the New Silk Road, joining the others 140 countries that are already part of it. A megaproject that will guarantee investments of 23.7 billion dollars (20.7 billion euros) on the Chinese side, on the 50th anniversary of diplomatic relations between Argentina and China. Ten infrastructures already planned, including Atucha III, the fourth nuclear power plant Argentina: a work whose value is estimated at 8.3 billion dollars and which Beijing has promised to create in a few years A lime, small town in the province of Buenos Aires.

Brazil between recession and skyrocketing prices: over half of the population in food insecurity. Government help is enough for very few children

An important alliance, the one consolidated by Fernández during his first visit as president to China, guest of honor at the Winter Olympics. In addition to the nuclear power plant, which in the plans should “provide electricity with clean and sustainable energy”, the two countries have signed 13 cooperation documents in various sectors, including sustainable development, digital economy, technology, culture, education and agriculture. An agreement that consolidates the position of the Dragon as second commercial partner in Buenos Aires, the first among the non-Mercosur members.

Fernández, who has also held the position of head of Celac (the Community of Latin American and Caribbean States) since 7 January, concluded his tour at Barbados, meeting the prime minister Mia Mottley. But a few days earlier he had been received by Vladimir Putin in Moscow, strengthening the friendship between the two countries. On the occasion, thanking the Russian president for having “saved lives” by sending the Sputnik vaccine when “the doses were scarce”, the Argentine president proposed to Putin to consider Argentina as “A gateway” to Latin America. On the other hand, Russia could prove, again according to Fernández, the right partner to “reduce dependence on the United States and the IMF”, to which Argentina owes $ 44.5 billion. A huge debt, contracted in 2018 by the right-wing predecessor Mauricio Macri (at the Casa Rosada, or the presidential palace, from 2015 to 2019) which, in turn, had taken up the baton of a disastrous public finance from Cristina Kirchner. A long history for a country that counts well in its history eight defaults on its debteven the Italian savers particularly burned by the crack del 2001.

In Washington, meanwhile, Fernández’s moves they are not very welcome. Two senators, the Republican blond frame and the Democrat Bob Menéndez, they presented a bill to the US Congress to curb the “destabilizing impact” e The “evil influence” of China and Russia in Latin America. “Interference” that the United States sees as “a threat”, but that does not scare Fernández, who is determined to defend Argentine multilateralism. On the other hand, the Chinese leader Xi Jinping immediately supported the Argentine claims on the Malvinas islands (Falklands for the United Kingdom). After BrexitBuenos Aires hopes to bring the EU to its side in this battle,40 years after the war between London and Buenos Aires in the South Atlantic. 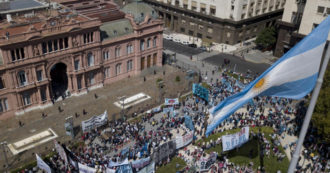 Argentina, the “anti-Covid tax” on large assets hits the spot. $ 2.4 billion raised. They will be used for health and schools

But the real issue is the Argentine debt. Since 2020, the Peronist president has initiated a hard negotiations with the IMF, landed last January 28 at a agreement which has already been approved by the board of the Fund but has yet to obtain the green light of the Argentine Congress. “We had a noose around our necks and now we have a way to go”, thus Fernández presented the agreement, which should last two and a half years (more or less the duration of his mandate), with quarterly reviews. According to the current tenant of the Casa Rosada, the deal it does not affect pensionsdoes not imply a labor reform, it allows for public investment e it does not require eliminating the deficit. The government’s position, in fact, was one of unwillingness to apply the classic politics imposed by structural adjustment plans. But not everyone in Argentina approves the government’s work at the negotiating table. It is an example of this Maximo Kirchner, son of Néstor and Cristina (now vice president of Argentina), who resigned from the presidency of the group of deputies of the Frente de Todos, the Peronist party of the president, in dissent with the agreement with the IMF (“suffocates the Argentine economy”). The Left Unitarian Front, along with various trade unions, also demonstrated in May Plaza and in other cities of the country against the agreement.

The IMF, in effect, will allocate the necessary aid to pay within the deadlines, but asks in exchange some interventions on the Argentine accounts: the South American country, in fact, will have to gradually reduce the deficit up to 0.9% by 2024, increase interest rates, increase tax revenues and reform the energy subsidy system. The first tranche of the maxi debt will be returned with a payment of 731 million dollars. But if for Fernández the agreement does not affect the “development” of the country, the opponents not only foresee skyrocketing inflation, an increase in poverty and a decrease in wages and pensions, but also question the legitimacy of the agreement, based on “inadequate and objective evaluations unrealistic “. The game is not over yet.