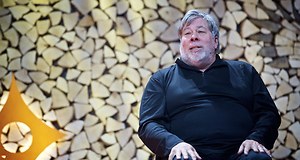 While Twitter reacted as quickly as possible to the massive hacking of some of its accounts as part of a bogus bitcoin offer, Youtube has reportedly allowed for months that the name and image of Steve Wozniak, the co-founder of Apple, likewise.

According to the lawsuit filed in court in San Mateo County, Calif., Scammers allegedly used his identity to convince YouTube users that anyone who sent him bitcoin to a certain address would get double it.

According to Steve Wozniak, Youtube would not have responded to his multiple requests to remove fraudulent videos. “YouTube has hosted, promoted and directly benefited from similar scams without any remorse,” Wozniak said, comparing this lethargy to Twitter’s quick reaction.

The alleged victims are asking the court to order YouTube and its parent company Alphabet Inc. to immediately remove the videos and warn users of the scam. Compensatory and punitive damages are also required.

YouTube, for its part, reiterated that the company takes complaints very seriously and acts quickly when it detects a violation of the platform’s policies. According to its website, the platform removed more than 6 million videos in the first quarter and canceled nearly 2 million accounts for violating its policies.

Earlier this week, YouTube defended itself in a similar case, claiming the company was exempt from all liability under the provisions of a federal law, The Communications Decency Act. This 1996 law stipulates that Internet service providers cannot be held responsible for the content published on their platforms by users.