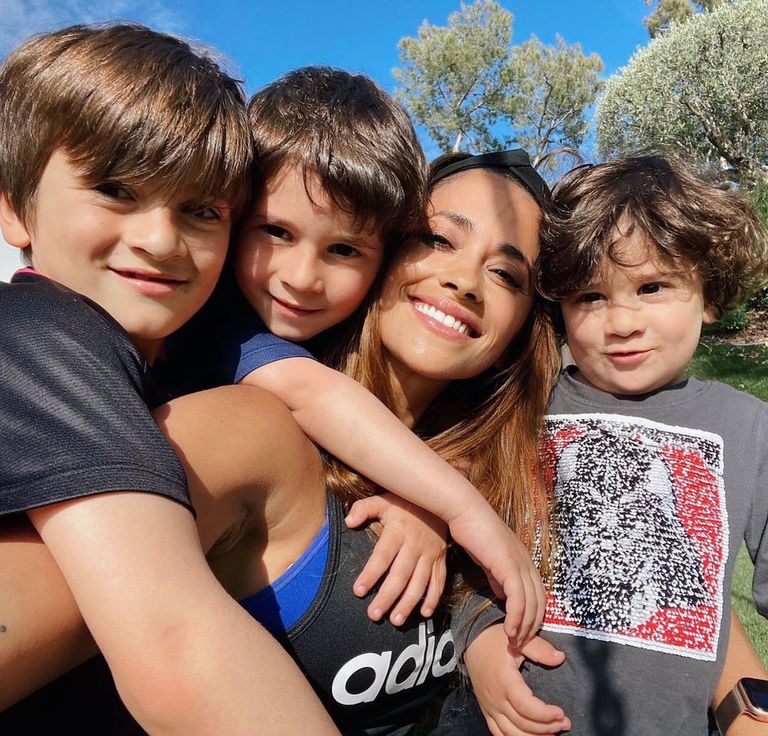 Lionel Messi and his family left Argentina after having traveled to the country to celebrate the end of the year festivities. Now they are in France for the forward to rejoin Paris Saint-Germain and resume his professional activities. As they go back to their routine in Paris Antonela Roccuzzo recorded an emotional moment in his home that has his three children as the protagonist: Thiago, Mateo and Ciro.

Rosario often uses her Instagram account to share different photos of her children and her husband. The businesswoman, who is also a proud mother, likes to show off her dream family in her nets and shows her almost 19 million followers -some- intimacies of his daily life.

This time he chose Thiago, Mateo and Ciro to be the protagonists of the day. In the photo he published, the three brothers are seen fused in a tender embrace, standing on the stairs of the Messi residence in Paris. “My life,” Roccuzzo wrote, accompanying his sentence with a red heart.

When Lionel Messi I had to go back to France tested positive for Covid and could not get on the plane. The player complied with the sanitary protocols and the corresponding isolation and it was not until he obtained a PCR with a negative result that he was able to travel.

On January 4, the result came in, he got on a plane at Rosario International Airport and arrived in Paris after a few hours. However, despite no longer having the virus, could not join the training and he complied, according to what was communicated by the club, “the individual post Covid protocol” together with Ángel Di María, Julián Draxler, Danilo Pereira, Layvin Kurzawa and Gianluigi Donnarumma, the other players infected on the same date as him.

That way, Messi added a new absent party with PSG. Since he arrived, he has only played 16 of the 26 games the club has played. The football idol has not played for his club since December 22.

On the other hand, he began to speculate with the possible absence of Messi in the Argentine National Team for the double date of Eliminatory. The entry protocols of some countries, the rise in Covid cases in Argentina and the physical condition of the player will be factors to take into account for the next matches of the national team. The last time that La Pulga was absent from a commitment with the National Team was in November 2018 when Argentina beat Mexico 2-0 in Mendoza.