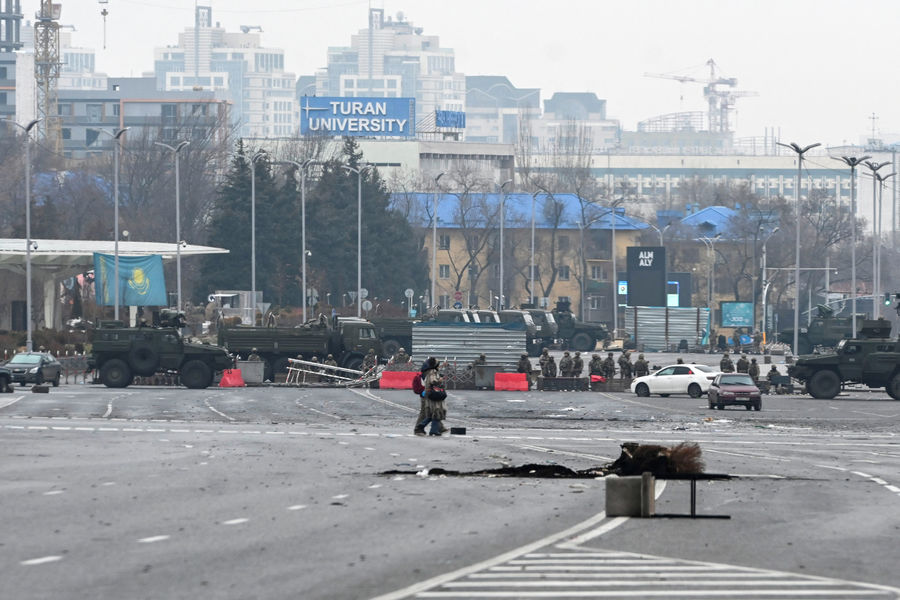 Anti-terrorist operation completed in most regions of Kazakhstan

Law enforcement agencies of Kazakhstan completed the anti-terrorist operation in 14 out of 17 regions of the country. This is reported on site National Security Committee of the Republic.

It is noted that at the moment the situation in the country is stabilized, therefore, in the territories of the cities of Nur-Sultan, Shymkent, Akmola, Aktobe, Atyrau, East Kazakhstan, West Kazakhstan, Karaganda, Kyzylorda, Kostanay, Mangystau, Pavlodar, North Kazakhstan and Turkestan regions, the red level of the terrorist threat is canceled and the anti-terrorist operation is completed.

“At the same time, in the city of Almaty, Almaty and Zhambyl regions, measures are being taken to identify and detain terrorists and persons involved in other criminal activities during the period of riots.”

Previously reportedthat the building of the Alma-Ata Police Department was attacked 27 times during the night during the riots.

On January 2, protests erupted in the Kazakh city of Zhanaozen, Mangistau Oblast, over an increase in the price of a liter of liquefied gas to 120 tenge (about 21 rubles). Prior to this, the price of a liter of gas was 60 tenge. Two days later, protesters clashed with the police and military in Almaty and a number of other cities. Clashes also took place in Aktobe, Taraz, Aktau and other settlements. To suppress the riots, the CSTO peacekeeping forces were sent to the republic.