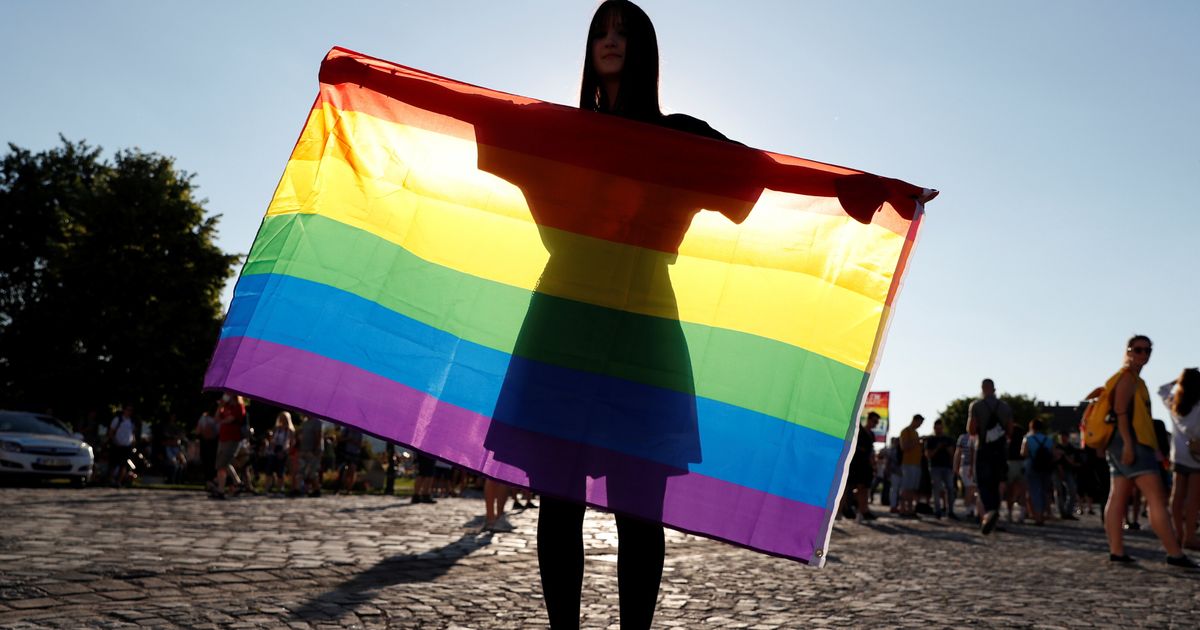 An LGBT flag is raised outside the Presidential Palace in Budapest after an anti-LGBT law was passed in Hungary on June 16, 2021.

LGBTIPHOBIA – Letter exchange. The European Commission launched this Thursday, July 15 infringement proceedings against Hungary over its law prohibiting the “promotion” of homosexuality among minors, and against Poland for the “zones without LGBT ideology” decreed by some local communities.

The European executive, which denounces the discriminatory nature of these measures against LGBT + people, explained that it had sent the two countries a letter of formal notice. In this light first step, the Commission simply requires more information from the country concerned. Budapest and Warsaw now have two months to respond.

However, details the EU site, if “the Commission concludes that the country is not fulfilling its obligations under European law, it can send it a reasoned opinion: a formal request to comply with EU law. ‘Union”. In this new letter, the Commission will also be able to ask that “the EU country informs it of the measures taken, within a specified period, which is generally 2 months”.

It is after this last exchange of missive, and in the event that the country put in default still does not give satisfaction, that the European Commission can then turn to the Court of Justice of the European Union. If the latter finds that indeed European law is not respected, it first issues a formal judgment.

What sanctions against Poland and Hungary?

In the event that the judgment is not complied with and the country still does not comply with European law, the Commission may this time request that the State be referred to the Court of Justice and request financial sanctions.

These are in the form of a package or on-call. As the official website of the EU notes, “these sanctions are calculated taking into account, the importance of the rules violated and the impact of the infringement on general and particular interests, the period during which the right of the EU has not been applied, the payment capacity of the country, ensuring the deterrent effect of the fine ”.

If the Commission proposes amounts, the Court of Justice is however perfectly able to modify them. Financial leverage remains the main method of sanction. In Poland, when a hundred local authorities had adopted since 2019 an “anti-LGBT ideology” resolution or a “family charter of rights”, the Commission had decided in July 2020 to deprive of subsidies within the framework of a twinning some of these municipalities.

On the Hungarian side, the European Commission is also putting pressure via the recovery plan and has still not validated the national plan presented by Budapest. The 7.2 billion euros intended for Viktor Orban’s country are currently on hold. Without dealing specifically and solely with the anti-LGBT law, the European Commissioner for Economic and Monetary Affairs, Paolo Gentiloni, said last week that the Commission was looking in particular “on aspects linked to respect for the Rule of law ”.

See also on The HuffPost: Demonstration in Hungary against an anti-LGBT law in front of the parliament