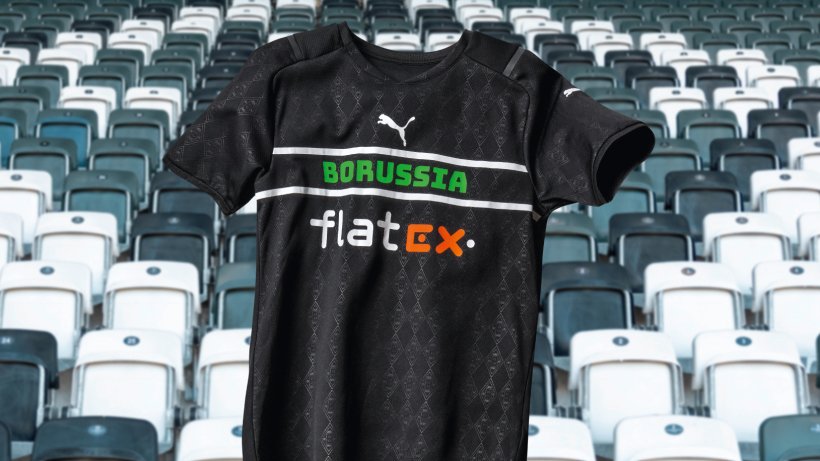 Essen.
Borussia Mönchengladbach presents the new jersey. Fans complain: Because the diamond is missing on the Gladbach shirt.

For fans, it is one of the highlights of the summer: the presentation of the new jerseys of their club of the heart. There are often two very different perspectives on this. One group is happy about the design of the new camisole. The other thinks it’s terrible. At the Bundesliga club Borussia Monchengladbach on Twitter and Co. the fan anger over the new jersey that the club presented on Thursday outweighs.

There was particular criticism that Borussia’s logo, the diamond, is nowhere to be seen on the new jersey. Others were annoyed that the supplier Puma had also used the design for other clubs such as Manchester City, AC Milan, Olympique Marseille or Fenerbahce Istanbul. The accusation: Apart from the joint supplier, there is no connection whatsoever to those clubs. The jersey design is therefore not unique, but rather interchangeable.

But the design itself was also annoying. “Looks like a jersey you can win in a children’s soccer tournament,” was one comment. Someone else wrote: It can be used as a training bib – but please not as a jersey. Manufacturer Puma said that they had tried to combine sports jerseys and street clothes. The kits would show the clubs’ identity in a new way. In this case, not with the club’s logo, but with lettering that runs across the shirt.

There was also trouble at BVB because of the jersey

The new jerseys are the clubs’ third camisole this season, alongside the home and away jerseys. The design appeared on the internet a few weeks ago. Borussia Dortmund should also get one of these shirts – much to the annoyance of many BVB fans who complained to the club about it. From motifs similar to the Gladbach supporters, because a BVB logo would not have been visible on this shirt either.

The Dortmund Ultra Group put up a poster near the office aimed at BVB co-managing director Carsten Cramer: “Cramer: The BVB logo is not a toy for your bonuses”. The fan magazine “Schwatzgelb” also published a critical report on this subject.

After jersey trouble: BVB rows back

And what about BVB? He rowed back: “Dear BVB fans, your criticism of the cup jersey for the new season has been received. The leaked jersey doesn’t look like it will look. So please be patient.” In the cup game against Wehen Wiesbaden (3-0), the Dortmund professionals still wore the jersey from last season. (chwo)

More articles from this category can be found here: Gladbach