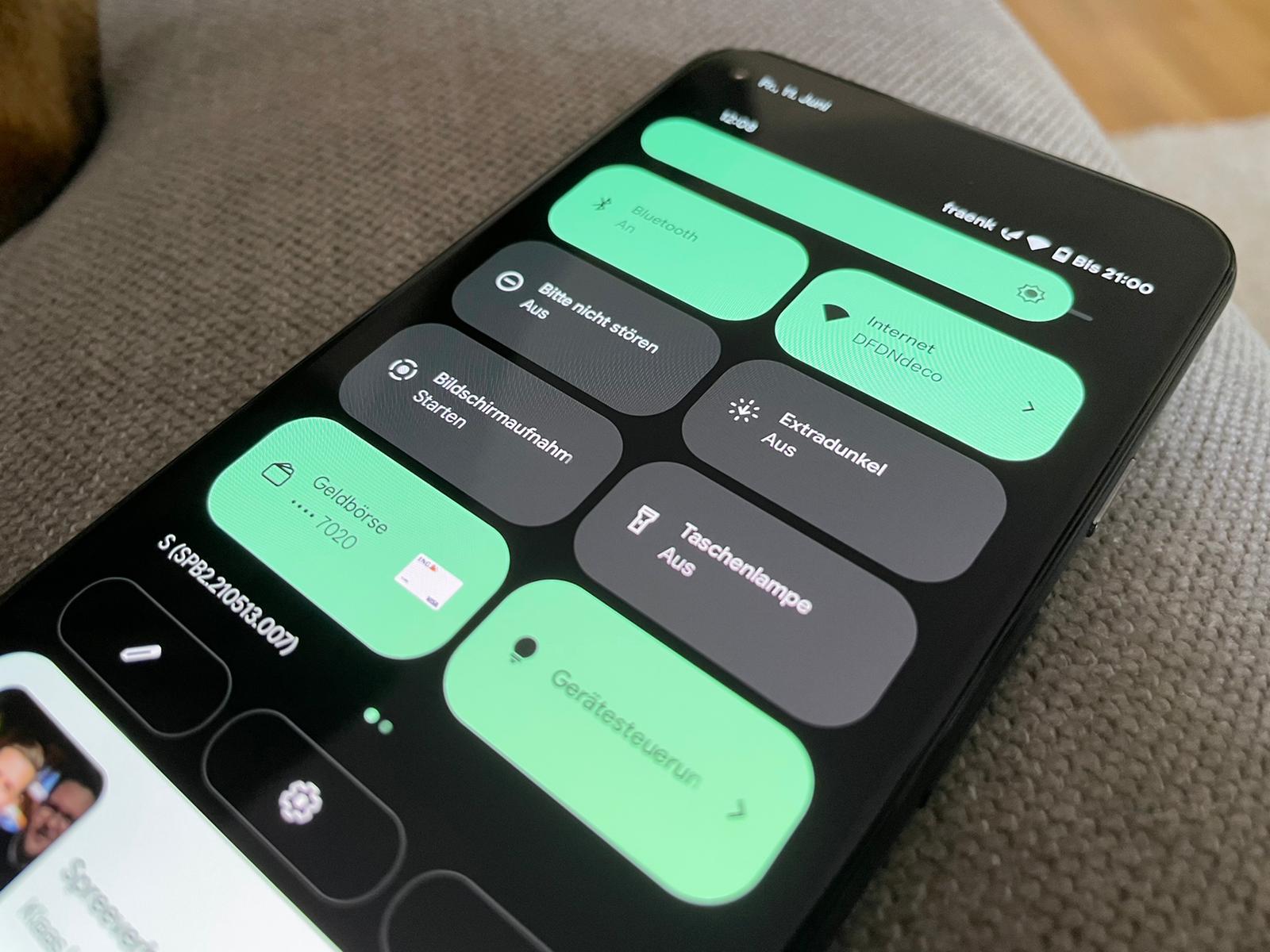 Google has decided to make massive changes to the design of the upcoming Android. To do this, you turn a lot of adjusting screws that cover almost all system areas. The biggest thing about the new design is the automatic color adjustment so that system components match the look of the selected background image. But there is much more to it than just copying the colors.

Google is planning a system that chooses the right colors, but which do not necessarily match the background image one-to-one. The perfect interaction is particularly important here, so that text colors and background colors don’t suddenly look the same. This is a great challenge, but one that has already been mastered well with the Android 12 beta. Below is an example from me of what this can look like on the Pixel 5 with Android 12 Beta 2.

Of course, Google also published a video for “Material You”, which is the name of the new design. It is more personal than ever and should not only be found on Android phones in the long term. In fact, you can already see part of it on the smartspeaker surface.

The colored elements in particular should also be implemented for Android apps. Gboard, Chrome, etc. So far there is little to see. Google is at least slowly preparing its own apps for this. But there is already an experimental access to it, like in the Chrome browser:

As you can also see, Google isn’t just redesigning the colors. Graphic elements are also different than before. Corners get rounder, some buttons get bigger. At first glance, it looks a bit playful, but it is a noticeable plus point in everyday life. You are not overwhelmed by too many options at a glance, you get a better overview. Difficult to put into words, you just have to “try” it yourself in everyday life.

Google also adapts the look of its own widgets to this style and naturally hopes for the cooperation of other app developers. So far, however, there have been almost only announcements. None of these new widgets are available today (Android 12 Beta 2), as we can see on screenshots of the group.

Some of you may have seen it for yourself. The typeface in the system is also new. Google Sans and Google Sans Text will be responsible for the typeface from Android 12 onwards. In the following screenshot you can see the not yet complete implementation, as the icons have already been re-labeled and the folder name is still shown in the old font. Pay attention to the spelling of the capital G.

Headings in the system settings are also new. Now much bigger and with more space. This should make menu items easier to use for the finger, because they slide down. For this purpose, Google has based itself on Samsung’s One UI.

It remains to be seen how much of this we will see on devices from other manufacturers. Many rely on their own graphical user interface and will certainly make various adjustments.

Mini tour of Android 12 and the new design