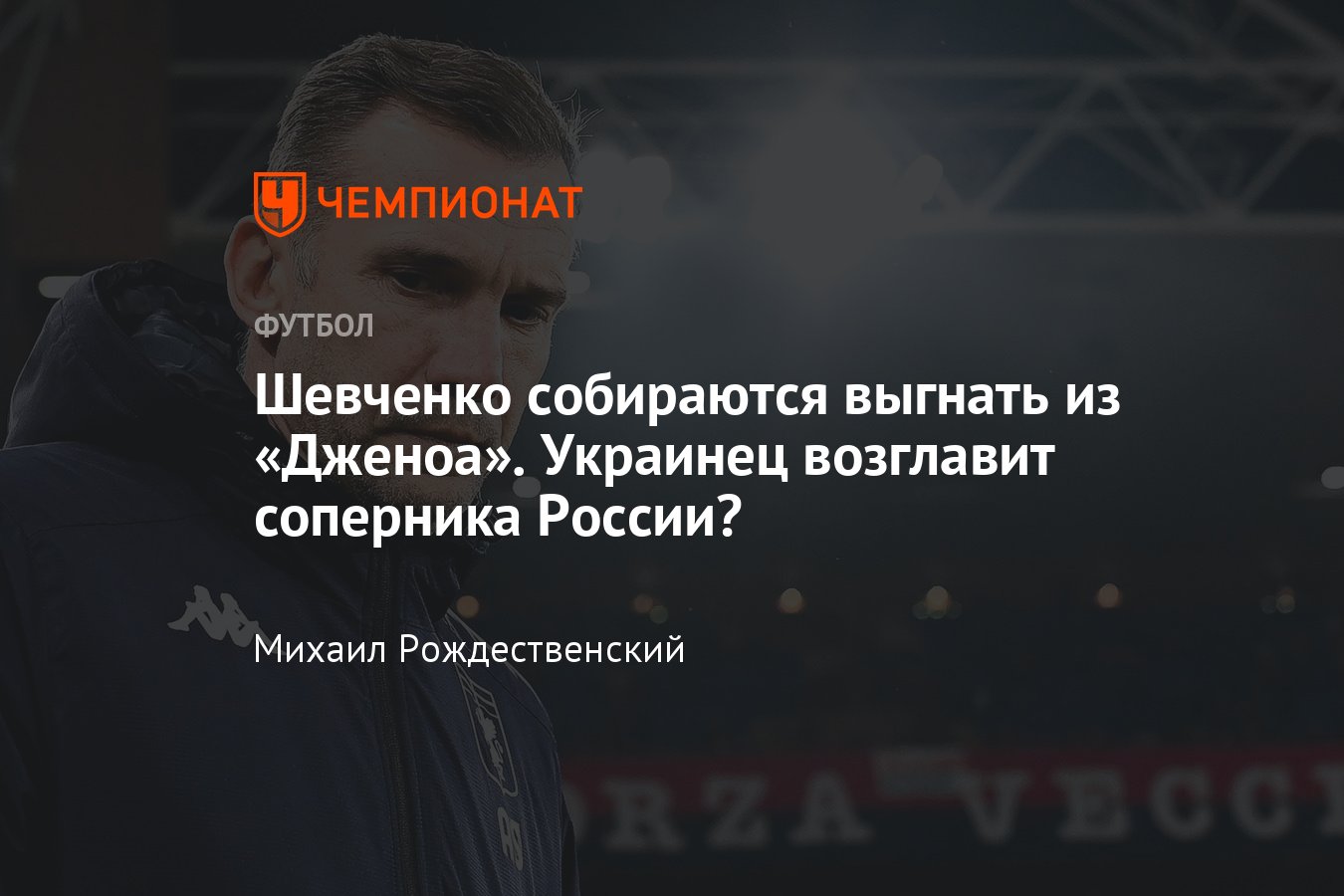 Andriy Shevchenko is close to leaving Genoa, what is known about the possible resignation of the Ukrainian coach, work with Miranchuk

Shevchenko is going to be kicked out of Genoa. Will the Ukrainian lead the rival of Russia?

Now he is unlikely to work with Alexei Miranchuk.

Andriy Shevchenko has big problems. The legendary footballer successfully started his coaching career in the Ukrainian national team, and recently headed the troubled Genoa. Now Shevchenko is on the verge of resignation. Understanding the latest news.

“His team has no soul.” Legendary Shevchenko got off to a terrible start in Italy

Will Shevchenko be kicked out? What’s next?

On January 9, Genoa lost at home to a survival competitor. Shevchenko’s team conceded from “Spice” already in the 14th minute and for the remaining time they could not even equalize the score. And it seems that this was the last straw.

Genoa news outlet Telenord reported that Shevchenko is close to retirement. According to journalists, the defeat by Spice was the decisive factor. The Genoa leadership is already looking for a replacement for the Ukrainian. Most likely, the team will be headed by Davide Ballardini, who has been appointed to this post four times. Will there really be a fifth? Also bosses of “Genoa” are studying the candidacy of another of their former coach Rolando Maran. He ruled the team in 2020. But it is possible that the club will eventually choose someone else.

If Shevchenko’s dismissal really takes place, then we probably won’t see Alexei Miranchuk at Genoa. The coach really wants to see the Russian midfielder of Atalanta in his team. The same, on the contrary, is not eager to fight for survival instead of European cups. Without Shevchenko, talk about the transition will die out completely.

After such a game, “Atalanta” will not want to let go of Miranchuk? Alexey has two assists

By the way, the future rival of the Russian national team may become Shevchenko’s next team. Poland, with which our team will play in the 2022 World Cup, recently parted with a scandal with Paulo Souza (he literally fled to Flamengo) and is now looking for a replacement. According to the media, Shevchenko is on the list of candidates. The information was even commented on by the president of the Polish Football Union Cesariy Kulesha. “Shevchenko is certainly an interesting coach, but he has a contract that ties him to Genoa. In addition, I beg your pardon, but I would not like to comment on every name mentioned in the media, ”Kulesha said.

Is Shevchenko so bad at Genoa?

Quite frankly, yes. Shevchenko took over Genoa in November and signed a contract until 2024. Since then, the team have played nine matches in Serie A. The statistics are terrible: not a single victory, only three draws and as many as six defeats, the difference between goals scored and conceded is 3:15. Now Genoa is floundering in the penultimate place in the league table with a dismal 12 points after 21 rounds. Due to the defeat from Venice, the gap from the saving 17th line increased to five points.

The only bright spot is the victory over Salernitana in the Italian Cup. Thanks to her, Shevchenko’s team made it to the 1/8 finals. But there are problems here too. Firstly, the match took place a long time ago, a week after the appointment. Secondly, even in the winning game, Genoa suffered.