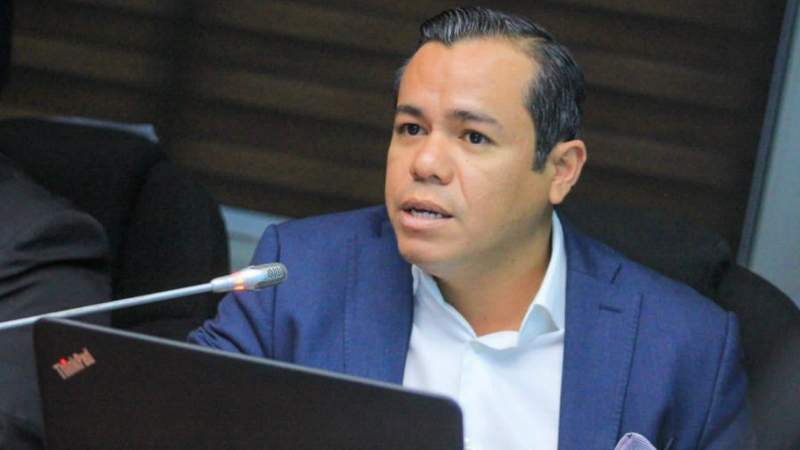 Analysts are “putting El Salvador in a bad light”, says Minister of Finance on high risk of non-payment

Alejandro Zelaya assures that El Salvador will not default because the government “has the capacity to pay its debt commitments,” including $800 million that must be paid in January 2023.

Recognized risk and financial analysis agencies such as Moody’s, Fitch Ratings, EMFI and Barclays, as well as international indicators established by large corporations such as JP Morgan, have warned that the risk of default on debts that El Salvador faces in the coming months is high. due to its high indebtedness and little margin to obtain financing.

Only the Emerging Markets Bond Indicator (EMBI), which represents the main country risk indicator and has been calculated worldwide since 1990, showed this Tuesday that El Salvador’s default risk already exceeds 29 basis points with respect to bonds. Americans. This is the highest indicator in the last 15 years and is the second after Venezuela.

But for the Minister of Finance, Alejandro Zelaya, these are rumors spread by analysts who are “making money” to put them wrong. “There are analysts who have been in charge of ‘trending’ some situations in the secondary stock market and have begun to spread the rumor that we are not going to be able to pay,” he said this Wednesday in a television interview with Telecorporación Salvadoreña.

One of the most important payments that the government must make in January 2023 is $800 million, an amount that these international agencies are increasingly risky of not paying because El Salvador maintains a high debt of more than 80%. of GDP, its margin of indebtedness at the local level has already reached the limit and as of this date it does not have a financial agreement with the International Monetary Fund (IMF) that can support it to obtain more resources.

Regarding these financing sources, Zelaya said that regarding the Treasury Bills and Treasury Certificates (Cetes and Letes), which are short-term debt acquired by local banks, “we have the capacity to continue managing them.”

He also acknowledged that he could not go to the international market at this time to apply for loans, so they would have to “reprofile” the country’s debt and go to international organizations that lend him money at lower interest rates than those provided by private investors.

Regarding an agreement with the IMF, Zelaya affirms that talks are being held with this organization and justified that it is still being discussed in order to achieve a balance between what they ask for and what the country can offer.