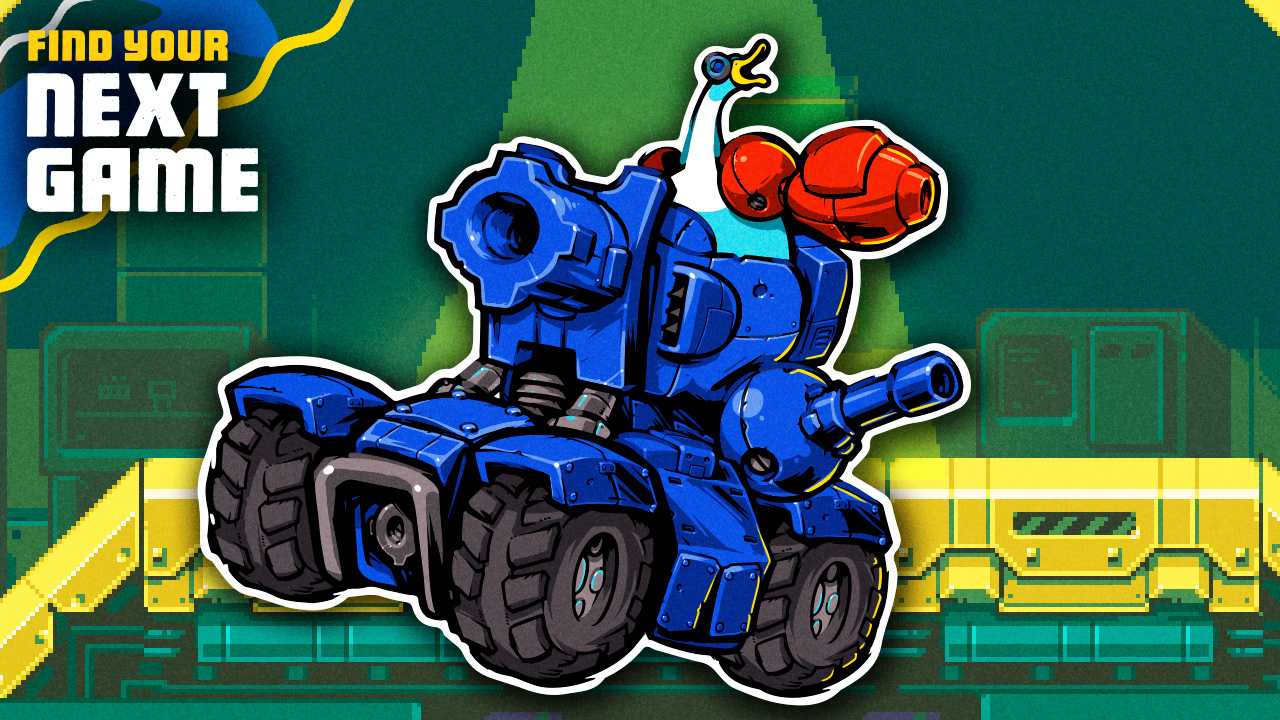 If you’re looking for a 2D run-and-gun with the addicting power of classics like Metal Slug, stay tuned because you’re in the right place. Mighty Goose is an ode to the arcade games of the 90s, pure scroller action that you will enjoy no matter how old you are. Time to play the goose!

Sometimes I miss the time of the neighborhood arcades. They were short games and the coins were gone in the blink of an eye, but it was instant fun (and in many cases of quality). One day I saw Mighty Goose and with less than a minute of trailer I already knew I had something. That fluidity of movements, the spectacle of explosions everywhere … and yes, a goose as the protagonist.

The pretext really doesn’t matter when it comes to creating a run-and-gun A classic, with highly precise controls, shooting all over the place, and bosses that fill the entire screen. With level designs reminiscent of Megaman, and a shooter experience inherited from the great Metal Slug or Contra, we are facing a title especially suitable for those who grew up playing in the 80s and 90s (and even then I do not rule out that younger players may be attracted to your proposal).

Good video games, in reality, are not measured by whether they are more or less nostalgic, but by whether they have a good playable balance. The work of the Dutch blastmode It shows that this newly formed studio has not only good ideas, but also talent to keep bringing us joy in the future. Mighty Goose is his first game, and although it can be improved in certain aspects that I will comment on throughout the analysis, I think that does many things well. But I will give you a short summary: if you feel some kind of longing for recreational experiences, with simple and direct action, then it is a recommendation.

The goose that wanted to emulate Metal Slug

The premise of Mighty Goose is to command a bounty hunter goose that travels across the galaxy to defeat the evil King Void. Simple, why else? The only thing you have to think about is pressing the fire button (there is automatic fire if you need it) to end everything that is put in front of you. And it is very satisfying. Attached to the excellent control response, We have a very powerful feedback from the enemies, who light up on impacts, break into pieces and explode.

It seems silly what I am saying, but if you analyze the game frame by frame, you will notice that there is an excellent pampering applied to each of the parts of the game. We have slows to emphasize our special attacks, amount of animations and a great effects dance, with screen shake included. These elements are made invisible to the player, but they help to get you into a 2D shooter show of the highest quality.

Of course, the playable originality is not the greatest, but the sense of humor is quite unique. Not every day do you have a goose as the protagonist, nor do you have companions in the style of pigs who attack with wrenches. By the way, a second player can join the game at any time controlling these supporting characters. The coop experience is not the best, but it would have been worse not to have included it. All in all, the adventure is enough for a couple of afternoons, although the title is quite replayable, and in fact I felt that I had to play again – once completed – to get the best scores and once again enjoy the power of destruction that this launch treasures. I want to insist a lot on it. It is not an excessively difficult game, but its playability is very refined and that encourages you to give it a try again. In addition, everything happens so fast that you hardly have time to digest it.

Coupled with all this, you can improve your character through a host of equippable abilities, from moving faster to getting bonuses for dodging attacks. This includes filling, for example, the mighty bar, which is a devastating attack, activatable when you have gathered enough energy in combat. You also have the option of choose ally before each mission, which will support you through AI or the collaboration of a human partner (local mode only). Lastly, there is the opportunity to equip yourself a secondary weapon, including the goose squawk! It has no effect whatsoever, but you laugh for a while. I love the tone of the game and how it is finished. You can tell that it is a polished product. Small, limited, with few hours of play … but what it does, it does it wonderfully. Even the soundtrack accompanies, with very fast rhythms that help to get you into a non-stop of effects of shots and explosions. Next to pixel-art That comes off, the audiovisual set is very appealing (for me a delight), especially if, as I have already told you, you belong to that set of players who grew up playing in the 8- and 16-bit era.

Bad things? That he is short, that he does not reinvent the wheel, that his cooperative is not to shoot rockets and that It is a pity that with such a good base they did not want to go further (because it would have been possible). Despite this, I cannot stop recommending it, and that is why it has a good and I think it has a well-deserved stamp.