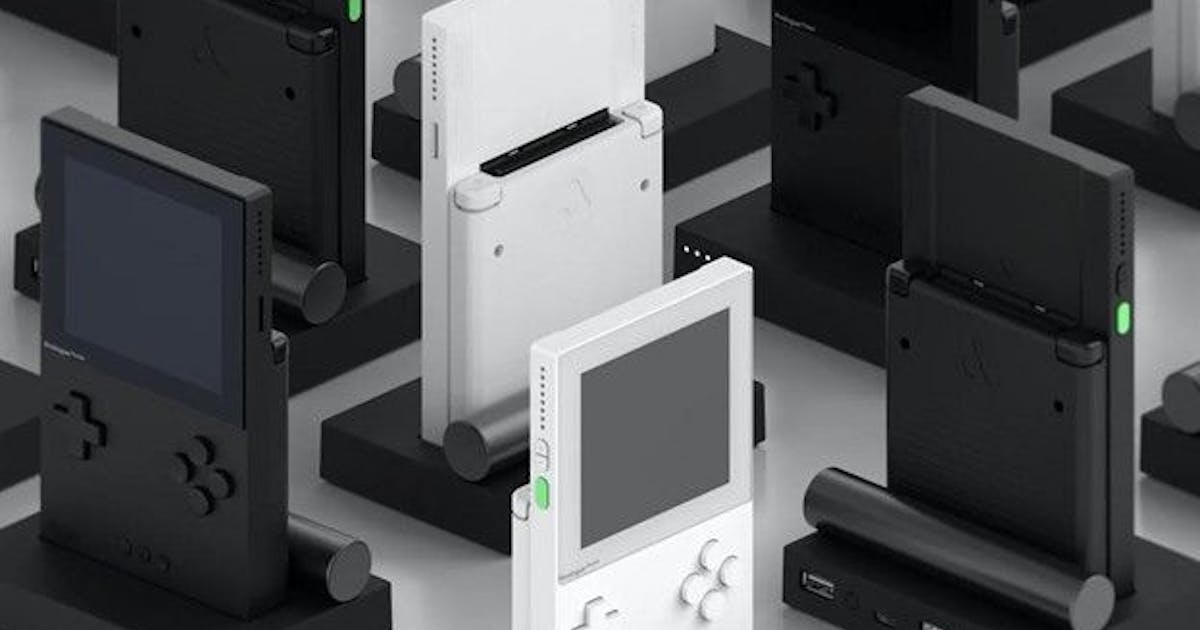 Analog Pocket. This futuristic Gameboy is a dream for every retro gamer.

With the «Analogue Pocket», old Gameboy games shine in new splendor thanks to modern technology. I put the little handheld through its paces and played through my Gameboy collection.

I love retro games. The good old Gameboy was my constant companion in the nineties. I’ve played through games like “Super Mario Land”, “Wario Land” and “Pokémon” a thousand times. I’ve also spent countless hours with the two Gameboy successors, the Gameboy Color and the Gameboy Advance, and over the years have built up an impressive collection of games.

I still have that collection of games lying around at home. I also didn’t sell or give away my old Gameboys – but I’ve never played with them in recent years. I imagine the commissioning of the old gaming gadgets to be too cumbersome and uncomfortable. Empty batteries, small displays and above all the missing backlight have kept me from taking a nostalgic journey into my gaming past.

The “Analogue Pocket” can help here. It’s made for lazy retro lovers who want to get back into old-school pixel adventures, but don’t want the old-fashioned and cumbersome hardware of yesteryear. Virtually all Gameboy, Gameboy Color and Gameboy Advance games can be played on the device on modern hardware.

Retro gaming can be so beautiful

The highlight of the «Analogue Pocket» is definitely the bright and incredibly high-resolution screen. The 3.5-inch LCD screen has a resolution of 1600 by 1440 pixels and thus a much higher pixel density than current top smartphones. In practice, this means that individual pixels cannot be seen with the naked eye, even from a very short distance.

Incidentally, the original Gameboy from 1989 had a screen diagonal of 2.6 inches and a resolution of just 160 by 144 pixels. The low-resolution pixel graphics of the Gameboy games look insanely sharp on the 10x higher resolution «Analogue Pocket» screen – at times it looks like playing on a piece of paper due to the high pixel density.

My Gameboy Color and Gameboy Advance game collection also looks great on the excellent screen. Above all, the colorful and graphically somewhat more complex Gameboy Advance games benefit from the strong colors and rich black values ​​that the high-contrast “analogue” screen can display.

However, I still have to criticize the display. The screen can be set very bright, but unfortunately not too dark. If you, like me, like to play in bed before falling asleep, you have to be prepared for a late-night gaming experience that is a bit too bright and therefore uncomfortable.

In addition to Gameboy games, the “Analogue Pocket” also swallows “Game Gear”, “Neo Geo Pocket” and “Atary Lynx” cartridges. However, separately available cartridge adapters are required for these retro systems, which I did not have available for the test.

Incidentally, playing the old games does not work via software emulation, but through special «FPGA» (or: Field-Programmable Gate Array) chips that are installed in the «Analogue Pocket». These chips mimic the old handhelds on a hardware level, tricking the games into thinking they’re being played on the original hardware. This approach ensures that all games run exactly as they would have run on the original devices.

But there is one crucial difference: In contrast to the old retro hardware, all games on the “Analogue Pocket” can be paused and temporarily saved at any time with the practical “Sleep & Wake” function. This standby feature allows even games with limited or rare memory resources to be enjoyed in small bites.

If you prefer to play your retro games in longer sessions on a larger screen, you can also enjoy the device on a TV in 1080p resolution via HDMI cable with a docking station that is available separately. Unfortunately, since the docking station hasn’t arrived with me yet, I haven’t been able to test this feature of the device yet.

Aside from the gaming functions, the “Analogue Pocket” offers a few more gimmicks for particularly creative gamers.

With “Nanoloop”, a small music app is pre-installed with which electronic music can be composed, and the device supports the “GB Studio” game engine for beginners, with which Gameboy games can be easily programmed on the PC. Your own game creations (and downloadable games from others) can be imported and played on the «Analogue Pocket».

The company also promises to expand the “Analogue OS” operating software in July with other exciting features such as screenshots, gameplay trackers and a detailed retro game archive.

The hardware catch of the matter

On the one hand, there are the spongy and imprecise shoulder buttons, which are mainly used in Gameboy Advance games. In contrast to the four buttons on the front of the device, the shoulder buttons have a strange pressure point and in many situations I wasn’t sure whether I had already pressed the buttons or whether I needed to press even harder.

The way the cartridges sit in the device is almost even more annoying. The larger Gameboy cartridges in particular can be easily removed from the much too large cartridge slot with one finger. During my tests, I accidentally removed a cartridge from the slot with my index finger while gaming. Thankfully, this one unfortunate incident ended.

Despite the small hardware problems, I am very satisfied with the device overall. Playing old handheld games has never been easier or more complicated. And the charming pixel graphics have never looked so beautiful and sharp. If you want to immerse yourself completely in the retro gaming world and experience the games as authentically as possible, you will probably not find a better and higher quality device than the “Analogue Pocket”.

If you want to buy the futuristic Gameboy yourself, you have to be patient. The current delivery date of the handheld is roughly dated 2023. The device can be ordered directly from the manufacturer’s website at a steep price of 220 dollars.