Ana Patricia Gámez is mourning the death of her grandmother.

Ana Patricia Gámez lives a painful moment in the personal sphere, this after the painful news of the death of her grandmother was released.

The remembered queen of Nuestra Belleza Latina announced the news through her profile on the Instagram platform with a heartfelt message: “Rest in peace, pretty granny, thank you for your 91 years of life. We will love and remember you always ”.

In another publication accompanied by an emotional video, Gámez said that his grandfather said goodbye to the great love of his life after more than 70 years of marriage: his life, with 96 years of age and more than 70 married, told him: ‘Don’t leave me my love’. True love does exist and is eternal ”.

The star of Mexican origin did not provide details about the cause of death of her grandmother, but emphasized that she was the immense love that will always unite them as a family.

According to information reviewed by Univision, Ana Patricia Gámez suffered the death of her grandmother just one year and two months after the death of her father, Juan Gámez, as a result of a cancer she suffered.

Celebrities reacted to the death of Ana Patricia’s grandmother

Univision personalities such as Chef Yisus, Karla Martínez, Francisca Lachapel and Greidys Gil did not take long to react through Instagram to express their condolences to Ana Patricia Gámez for the death of her grandmother.

“Ay Anita, I just saw your post. I’m very sorry, grandmothers love each other so much. RIP. Much strength for the family, “he wrote Greidys gil, winner of Nuestra Belleza Latina in 2009.

“I accompany you in your feelings,” he said Francisca Lachapel, winner of the ninth season of Nuestra Belleza Latina.

“Beautiful, God already has it next to Him and you will feel it everywhere,” he said. Karla Martinez, star of the show Despierta América and sister-in-law of Ana Patricia Gámez.

“May he rest in peace,” he said. Chef Yisus, talent from Univision’s morning show Despierta América.

Gámez is away from the media

Currently, Ana Patricia Gámez put her artistic side as a television presenter on hiatus to dedicate herself fully to her young children, Gael Leonardo and Giulietta.

Gámez’s last public appearance in the television industry was on a special broadcast of the show “Despierta América” in early September. At that time, the talented Mexican was one of the guest conductors.

“I love television and I enjoy it, but I did not enjoy it so much for leaving the children,” said Ana Patricia Gámez in Despierta América, referring to one of her main reasons for temporarily withdrawing from Spanish-language television in the United States.

When asked if she would return to television in the not too distant future, Gámez confessed that she is open to receiving offers of professional projects that fit the schedules of her personal activities with her children. 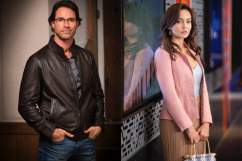