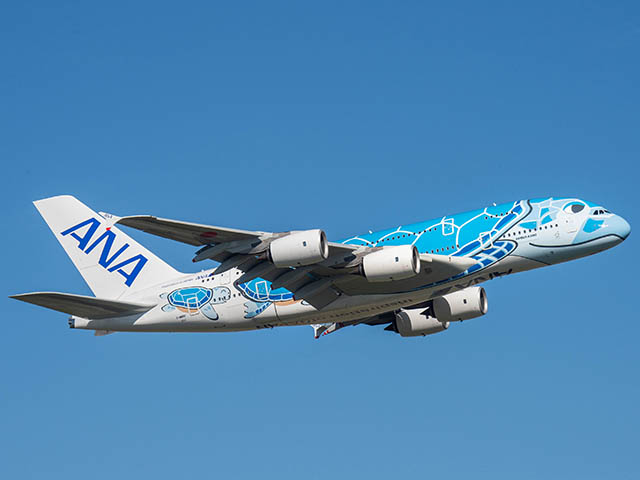 The airline company All Nippon Airways (ANA) has confirmed for July the start of scheduled flights in Airbus A380 between the Japan et Hawaii, an axis for which they were intended. She will also resume her line between Tokyo et London.

The private Japanese company, whose third and last A380 “Flying Honu” was delivered in October 2021, has set their return to regular service for July 1, 2022, initially on two weekly rotations. The superjumbo, which can accommodate 520 passengers in four classes (8 in First, 56 in Business class, 73 in Premium and 383 in Economy – where a SkyCouch-style option combining several seats in a bench-bed is offered on 60 seats), will take off from its based on Tokyo-Narita Friday and Saturday at 8:10 p.m. to arrive the same day at 8:45 a.m., and will depart fromHonolulu-Daniel K. Inouye at 11:35 a.m. to land the next day at 2:50 p.m. (passing the date change line obliges, average flight time 7:55 a.m.).

Remember that ANA also offers a Haneda – Honolulu in 787-9 on this axis (it will increase from 3 then 4 to 5 weekly rotations), then reaching the rate of a daily flight to Hawaii as its press release highlights. It competes on this axis outside the Covid-19 pandemic with Japan Airlines (from the two Tokyo airports), Delta Air Lines (to Narita), Hawaiian Airlines (to Narita and Haneda) and Korean Air (from Narita).

The company of Star Alliance dedicated its three A380s exclusively to this eminently touristic route in the Pacific, a route on which they entered service on May 24, 2019 (just after the receipt of the second copy). Since the start of the health crisis, the superjumbos have been content with flights to nowhere, including this year 4 for the blue “Lani”, 11 for the green “Kai” and only one for the orange “Ka La”.

ANA has also announced for June 1 the relaunch of its flights between Tokyo-Haneda et Londres-Heathrow, with three weekly rotations in a four-class Boeing 777-300ER (212 to 252 seats). Departures from Japan are scheduled for Wednesday, Friday and Sunday at 9:40 a.m. arriving at 4:20 p.m., with return flights leaving the British capital at 7:00 p.m. and landing the next day at 4:35 p.m. British Airways and JAL are present on this line.

However, the company explained last week that this route (and the one to Paris) would not resume until the reopening of Russian airspace, closed since the sanctions following Russia’s invasion of Ukraine. But like Brussels or Frankfurt, flights to London will pass by the North Pole ; “Flight time on westbound flights will be shortened compared to the Central Asia route, and will not require refueling at transit points. This will help improve convenience for passengers and for transporting goods. For flights from Haneda to London, the North Polar Route reduces flight time by approximately 60-90 minutes compared to the Central Asia Route (time may vary depending on season and weather conditions) says ANA. 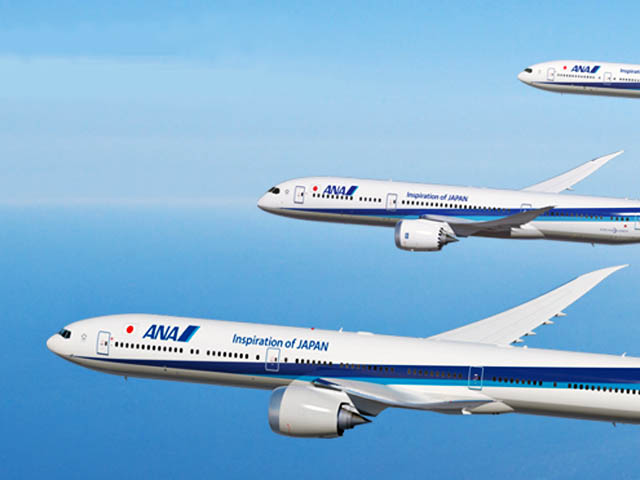