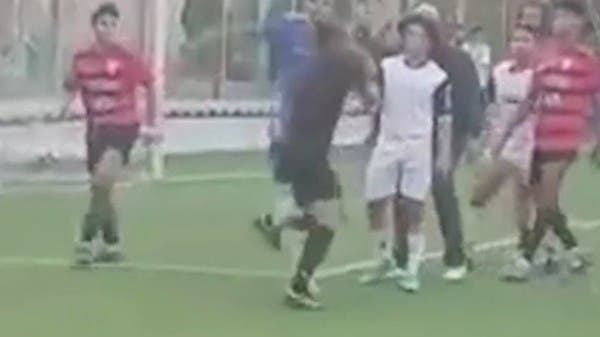 An unfortunate incident .. an Egyptian player assaults a referee for a famous match, for which he receives a yellow card

A football match in the junior league in Egypt witnessed an unfortunate incident, where a player assaulted the referee after the latter showed him the yellow card.

Followers of the football match between Manshiet Nasser and Helwan teams in the junior league, born in 2003, were surprised by a player from Manshiyat Nasser who was severely beaten by the referee after issuing the yellow card to him. Despite the referee’s success in avoiding the attack, the player continued his attempts and tried to hit him again.

The referee issued a red card to the player after the incident, while the players forcibly removed their teammate from the field in preparation for the completion of the match.

The referee is scheduled to write the incident in his report, where the penalty will be a suspension of the player for several matches and may reach the end of the season.

See also  good debut for Sinner, outside Fognini, the derby at Cocciaretto