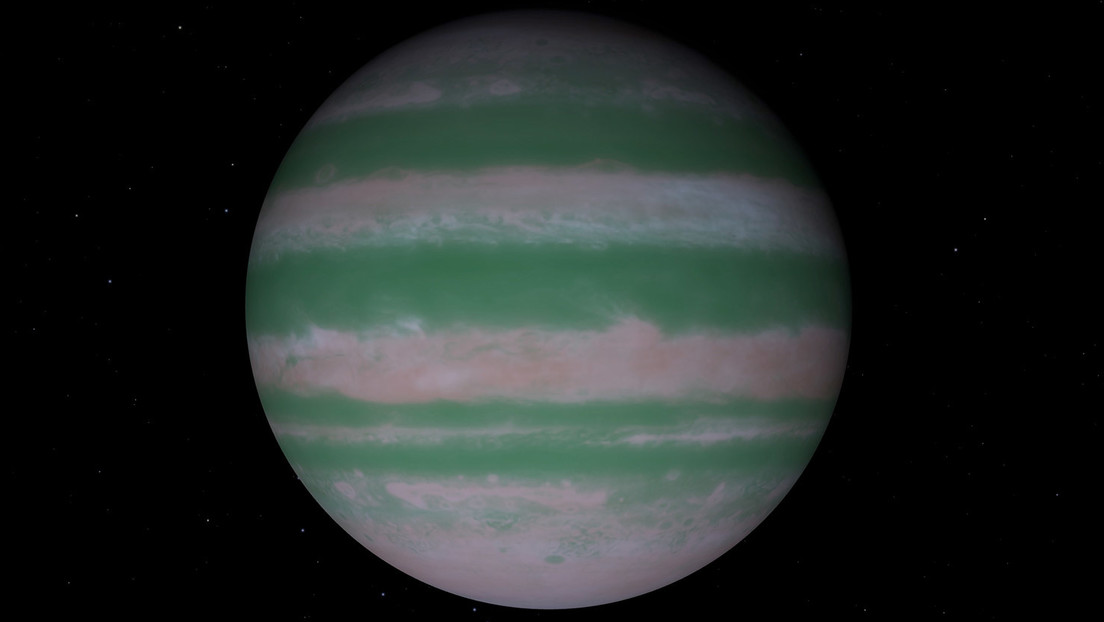 The researchers point out that it is one of the few distant worlds that has been seen directly from Earth and can be considered very inhospitable due to its chemical composition.

Observations made by an international team of astronomers based on the 2019 detection of a new exoplanet approximately 300 light years from Earth have recorded a high proportion of carbon-13 in its atmosphere. It is a celestial object in the constellation of the Fly registered as TYC 8998-760-1 b, the Max Planck Society, based in Germany, specified this July 15.

Much of the work was done from Chilean territory with the VLT telescope of the Paranal Observatory (ESO) and a modern spectrograph, and it is a step forward with respect to the identification, already common, of the chemical composition of the surface or the close environment of the celestial bodies. For an object so far away, it is the first time that the spectrum of light it reflects has brought information about both the predominant chemical element and its specific isotope, that is, proton and neutron balance that make up its atoms.

Carbon-13 has six protons and seven neutrons, while terrestrial carbon mostly has six (carbon-12), the researchers recall, although the small presence of heavy isotopes, carbon-13 and carbon-14 – the latter with eight neutrons – is very important here for the dating of various archaeological finds, fossils and rocks.

Scientists say that the variation in the number of neutrons does not change much the chemical properties of this element, which exists on the exoplanet mainly in the form of gas and can be part of the carbon monoxide molecules, known for its poisonous properties in terrestrial conditions. It can also fall in a frozen form, judging by the enormous distance that separates the orbit of that celestial body from its star and puts it in a very cold region of its system.

“The planet is more than 150 times farther from its parent star than our Earth from the Sun”, details astronomer Paul Mollière, from the Max Planck Institute for Astronomy. “At such a great distance it is possible that ice with a lot of carbon-13 has formed, something that has provided the largest fraction of this isotope in the current atmosphere of the planet.” You could also compare these 150 astronomical units with the orbit of Pluto, which is about 40 ua from the Sun.

The size of the exoplanet is also of particular interest to researchers, since measures almost twice the diameter of Jupiter and it has a mass about 14 times that of the largest planet in the solar system.

Of the at least 4,600 planets discovered so far outside the solar system, a few have been directly sighted, through telescopic observation, as in the case of TYC 8998-760-1 b. Most are detected by transit, that is, when it partially covers the light of its star as it passes between it and the position of the observer.

The researchers estimate that the discovery promises a better understanding of the planetary formation process, of which astronomers have few observed examples. The exoplanet in question was formed very far from the star, quite similar to our Sun in dimensions and luminosity, and this situation distinguishes it among the multiple star systems detected, as well as its exceptional size in proportion to the star and this first data of its isotopic composition.

The scientific article by the team led by astronomer Yapeng Zhang, collaborator with the Leiden Observatory (Netherlands) on the identification of carbon in that unusual world was published in Nature this Wednesday.