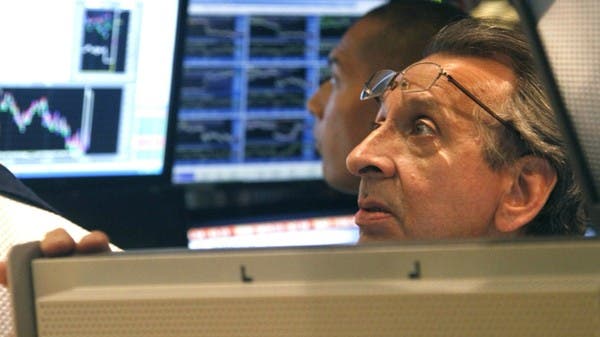 An investment strategy to achieve a higher return in a time of recession.. Experts advise

Recession talk is mounting, as Wall Street veterans point out the rising risks of an economic downturn and offer advice on how to invest during this cycle.

Investment bank Morgan Stanley said that while a recession is not a “base case” for it, it represents a possible scenario with significantly higher risks of its occurrence, according to “CNBC”, which was seen by “Al Arabiya.net”.

“There are several shocks that have hit the economy recently, which could push us into a recession at some point over the next 12 months,” the investment bank wrote in a report last May.

He cited factors such as an escalation of the Russia-Ukraine war that could push oil prices to $150, a strong dollar, and cost pressures on companies.

Wall Street veteran Ed Yardeni raised the probability of a recession from 30% in April to 40% last week, while Citigroup CEO Jane Fraser said she was certain Europe was headed for a recession.

The war in Ukraine has sent energy and food prices soaring, as the United States, the United Kingdom, and other countries around the world grapple with inflation that has risen to its highest levels in several years.

The major stock indices have recorded a sharp decline since they peaked in late 2021 and early this year, as the Nasdaq index has lost about 23% since the beginning of 2022, while the S&P 500 has fallen by about 13% in the same period.

Here’s how enthusiastic investors can weather the ongoing turmoil in the stock market, according to experts.

1- Purchasing in these three sectors

As volatility will continue, Morgan Stanley recommended defensive sectors in its May 16 report on US market outlook, including health care, utilities and real estate.

“Except for energy, all of the top performers came from the defensive end of the spectrum,” Morgan Stanley wrote.

The bank said, “We do not believe that the defensive sectors stocks will perform well at all, but they should provide some relative protection because the expectations of a decline in corporate profits and profitability multipliers will have a greater impact on the cyclical stocks, which are related to the nature of the economic cycle.”

Defensive stocks provide fixed dividends regardless of the overall stock market condition, while cyclical stocks are stocks that can be affected by the cycle of the economy.

The bank indicated that the healthcare sector is trading at a discount to the market price as a whole, unlike most other defensive sectors. Morgan Stanley also favored large-cap stocks in pharmaceuticals and biotechnology, adding that they trade at an attractive price and offer relatively attractive dividend yields.

As for the real estate sector, Morgan Stanley believes that the sector gained 42% last year and outperformed the broader US market by 16%. He also indicated the stability of its profits and dividend yield.

He said that “steady cash flows within REITs should provide a defensive exposure against market volatility in the coming year.”

He added, “Moreover, REITs provide built-in inflation protection through lease agreements, rent increases and property value increases that would allow the sector to weather the high inflationary environment relatively better than other sectors.”

The utilities and infrastructure sector was the third among the interests of the Wall Street giant, as it sees the ability of the sector companies to avoid rising costs or, on the contrary, the possibility of their decline, contrary to the prevailing trend in the rest of the sectors.

In turn, Wells Fargo Investments recommended more patience in the event of a recession, especially with regard to allocating funds in available investment opportunities.

The advisory firm’s chief global market strategist, Samir Samana, said investors should “slow down” the pace of reinvestment because bear markets can last for about a year, sometimes causing a 30% decline.

Skotorin, chief global market strategist, Wells Fargo Investments, offered additional advice, especially for long-term investors, who are taking advantage of these times to diversify their portfolio. Quality and defense in an effort to preserve capital.”

Ren added that short-term investors who are looking to invest for a period of 6 to 18 months may benefit from holding additional funds and anticipate opportunities to enter the market in the coming months.

Analysts preferred to buy high-quality bonds and stay away from junk or high-yield bonds.

“We prefer quality over yield, as markets dive deeper at the end of the recession cycle,” said Morgan Stanley strategists.

They noted that bonds with high credit ratings have achieved higher yields than junk bonds since November 2021, when the Federal Reserve reversed its policy to monetary tightening.