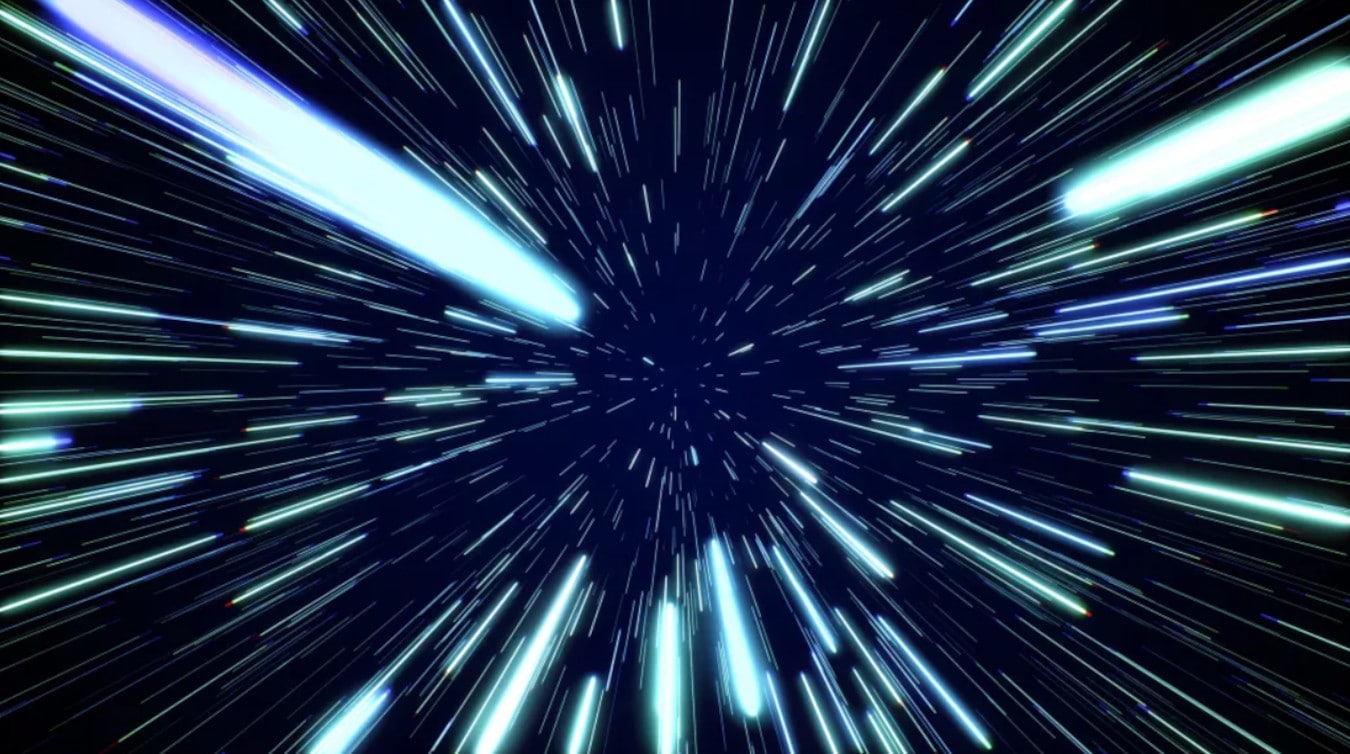 This prediction is Hawking radiation, which could be verified indirectly by the Unruh effect, first proposed in the 1970s, but never proven experimentally. And for good reason: the probability of the phenomenon is so low that observing it requires either an incredible acceleration (impossible to produce with current technologies), or an extremely long observation time (of the order of a few billion years! ). Researchers from MIT and the University of Waterloo now propose a new approach to significantly increase the probability of observing the Unruh effect.

The Unruh effect — also called the Fulling-Davies-Unruh effect, named after the three physicists who first described it — results from quantum interactions between accelerated matter and quantum fluctuations in the vacuum of space. This effect predicts that an accelerating object in space, such as a spacecraft traveling at near the speed of light, should feel the presence of a warm, particle-filled glow all around it, only by its acceleration.

To be able to observe the Unruh effect, Vivishek Sudhir, assistant professor of mechanical engineering at MIT, and two collaborators from the University of Waterloo, propose to “stimulate” the phenomenon: it is a question of suppressing, or at least , making other concurrent phenomena invisible to increase the probability of the Unruh effect. ” It’s a tough experiment, and there’s no guarantee we’d be able to pull it off, but this idea is our closest hope. Sudhir said in a statement.

An “empty” not really empty

The Unruh effect should occur spontaneously in a vacuum. According to quantum field theory, vacuum is not empty space, but rather a field of quantum fluctuations, each frequency band of which is the size of half a photon. Thus, William Unruh predicted that an accelerating body in a vacuum should amplify these fluctuations, so as to produce a warm glow full of particles.

To produce a glow hot enough to be measured by the detectors, a body such as an atom would have to reach the speed of light in less than a millionth of a second. Such an acceleration would be equivalent to an acceleration of one quadrillion (1024) meters per second squared!

To stimulate the Unruh effect and thus increase the probability of its occurrence, the researchers propose “adding light” to create additional quantum fluctuations: “ When you add photons in the field, you add “n” times more of these fluctuations than this half-photon which is in vacuum “says Sudhir. From there, any acceleration done through this new state of the field should generate effects n times increased compared to what would be observed in a vacuum.

The downside of this approach — which has been considered in the past — is that adding extra photons also amplifies other conventional effects, which somehow “overshadows” the Unruh effect; an atom could for example interact with these photons to increase its energy level, and produce heat which would mask that generated by the Unruh effect. Sudhir and his colleagues have found a way around the problem, however, by exploiting what they call “acceleration-induced transparency,” a strategy they describe in the review. Physical Review Letters.

They explain that if a body such as an atom could be accelerated along a very specific trajectory through a field of photons, it would interact with this field in such a way that photons of a certain frequency would appear invisible to it – which would make it possible to get rid of unwanted side effects. In other words, it’s about making all other effects transparent (up to the accelerated atom itself) to increase the chances of being able to measure the radiation coming from the Unruh effect.

To do this, the researchers propose to build a particle accelerator the size of a laboratory, capable of accelerating an electron to a speed close to that of light. The latter would be stimulated via a laser beam at wavelengths in the microwave range. They are now looking for ways to modify the trajectory of the electron to suppress the classical effects, while amplifying the Unruh effect. ” We now have this mechanism which seems to statistically amplify this effect by stimulation. […] We have now, in theory, solved the biggest bottleneck “, underlines Sudhir.

Why seek to absolutely observe this phenomenon? The observation of the Unruh effect would first of all be an unprecedented validation of the fundamental quantum interactions between matter and light. But the researchers also point to the fact that detecting this effect could be indirect evidence of Hawking radiation. ” There is a close connection between the Hawking effect and the Unruh effect – they are exactly the complementary effect of each other said Sudhir.

Predicted by Stephen Hawking in 1975, this radiation results from interactions between light and matter in an extreme gravitational field, such as the area near the event horizon of a black hole. ” It is believed that black holes are not entirely black, […] black holes should emit radiation. This is because while nothing else can escape a black hole, quantum fluctuations in radiation can. says Barbara Šoda, PhD student in physics at the University of Waterloo and co-author of the study.

According to the authors of the study, this acceleration-induced transparency could offer new opportunities for experiments to unite Einstein’s theory of general relativity with quantum mechanics, something physicists have been trying to do for decades.