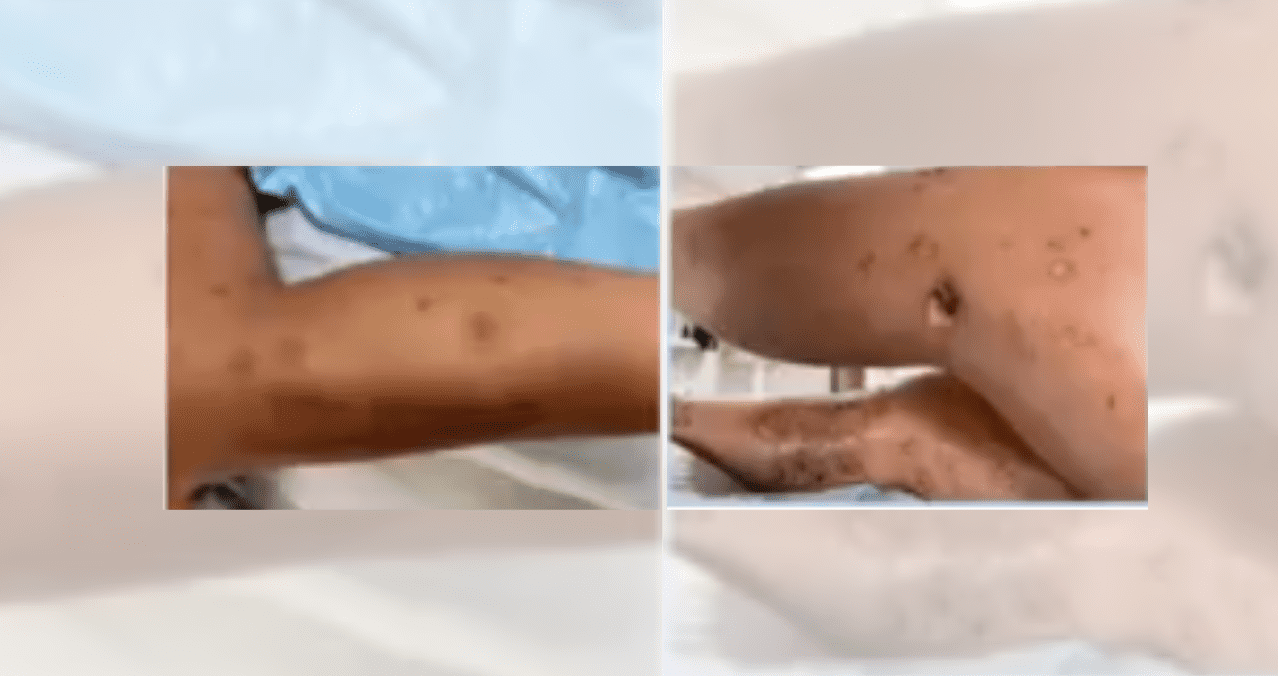 Lupus as an autoimmune condition continues to show primary medicine the challenge that it protects in its symptoms, including in pregnant women, as witnessed once again in Puerto Rican medicine.

It was a 23-year-old patient, primigravida, and with no past medical history, who presented erythematous lesions on the skin of the lower limbs during the last week of her pregnancy. Once the patient gave birth, the patient was discharged with treatment for her injuries, she recounted the Dr. Dorca González Andujarassigned to the Manatí Medical Center (MMC) Family Medicine residency and part of the authors of the case.

The lesions were initially diagnosed as Pemphigoid Gestationis. At nine days, the patient returned to the obstetric emergency room of another hospital institution with the main complaint of dehiscence of her episiotomy and infected skin lesions.

“During the hospital stay, the patient develops malignant hypertension, seizures, and rapidly deteriorating kidney function. An MRI of the brain is performed, which shows an atypical pattern of posterior reversible encephalopathy. Biopsies were taken on the lesions. of the skin, which showed a typical pattern of leukoplastic vasculitis,” he explained.

“On the other hand, serology reported Anti-dsDNA Ab antibodies and low levels of complements. The patient was treated with intravenous steroids due to poor response to treatment, developing glomerulonephritis, which was managed with cyclophosphamide. A renal biopsy was performed, and The pathology report showed class 3 focal proliferative lupus glomerulonephritis. Her clinical picture worsened and the patient developed anemia and thrombocytopenia, requiring blood transfusions,” he revealed.

Dr. Dorca González Andujar, assigned to the Manatí Medical Center (MMC) Family Medicine residency and one of the authors of the case. Photo: Provided by Dr. González to the Journal of Medicine and Public Health.

The patient’s renal function continued to deteriorate despite treatment, eventually requiring hemodialysis. However, renal function gradually improved to adequate levels. Finally, the patient was discharged with follow-up to a rheumatologist, she added.

“Most women diagnosed with lupus experience little or no manifestations during pregnancy. However, activity increases during the first year postpartum, with cutaneous vasculitis occurring in up to 70% of lupus patients. The complication “The most common condition in pregnant women with lupus is preeclampsia. Lupus nephritis during pregnancy can mimic preeclampsia, with proteinuria, hypertension, thrombocytopenia, and impaired renal function, and both can occur simultaneously,” he explained.

“Therefore, distinguishing between lupus nephritis and pregnancy-associated manifestations can be very challenging. One of the ways to distinguish them is evidence of lupus activity in more than one organ, as it was in this case. As primary care physicians, it is important to include the manifestations of lupus in the differential diagnosis of each woman in the reproductive stage, including those who are pregnant”, she concluded, highlighting the importance of multidisciplinary management in these patients.

Systemic lupus erythematosus (SLE) is an autoimmune disease, where the body’s immune system mistakenly attacks healthy tissue. It can affect the skin, joints, kidneys, brain, and other organs. This disease represents a diagnostic challenge both during pregnancy and in the postpartum period, the Doctor highlighted.