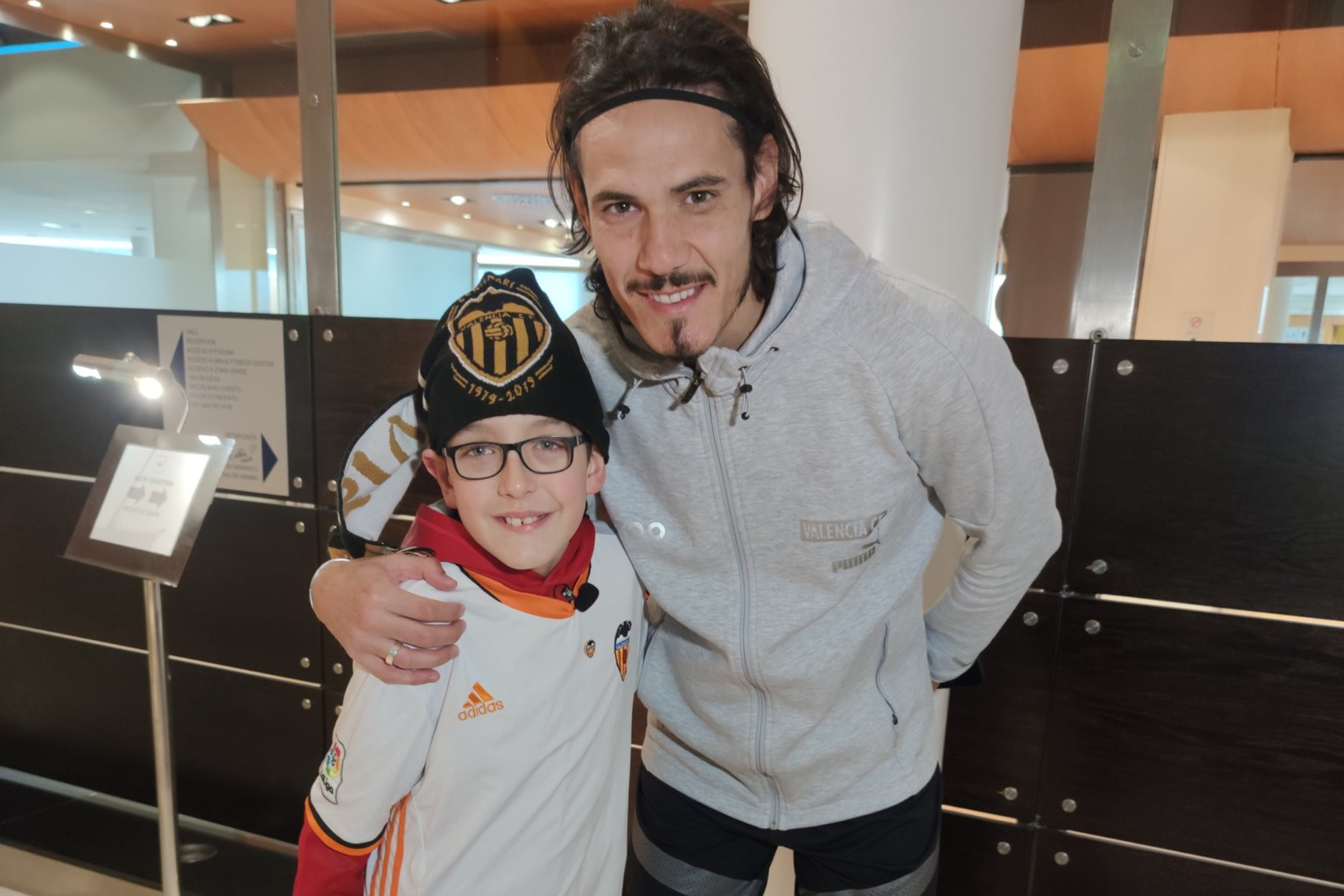 El Valencia CF He was playing a Copa del Rey match at Molinn against Sporting de Gijn. A match in which both teams played the pass to the quarterfinals of the KO competition and it was the opportunity for Javi Muoz, a Valencian living in Oviedo, to be able to take his son to see him live. Although that did not stop there.

He put a message on Twitter, where he mentioned the ‘black and white’ club, and in it you could read that he wanted to take “for the first time” to see “the team of our loves”. Your son Jorge “He is a child who has a rare disease and although he cannot play football very well, he is passionate.” He suffers from neurofibromatosis-1, a disease that affects 1 in 3,000 people and causes tumors (neurofibromas) in nerve tissue in the skin. Which is why, surely, the question he launched in the subsequent tweet got a great reaction: “What hotel does the team stay at in Gijn? To stop by and see if we can take some pictures! Amunt Valencia!”.

Sport a flood of answers

A message that he put in the break of his working day and that when finished, he found an unexpected reaction. The answers were not long in coming from those around the club, trying to get Valencia to meet the request of this fan..

A story that the two protagonists, father and son, talked about in the program Sports Tribune. The first, the father: “The answers have been exaggerated, I did not expect this. I leave work and I say: What happened here? What have we done to deserve this? Incredible”. The morning before the game they stopped by the hotel where Ricardo Arias and the players were waiting for them: “The boy was able to take photos with all the footballers and the truth is that it was great”.

See also  The drama of the 10-year-old boy who committed suicide, tired of the abuse of his family

Although here he could not resist listening to his father and wanted to intervene Jorge, the young Valencian: “I went to school, but I had to go out, and well, I was very excited, I met many players and my favorite was CavaniI took a picture with everyone.”

Sport A victory and the shirt of his idol Cavani

At the conclusion of the game, Valencia had one last surprise prepared for him in addition to the victory in his first live game. The Uruguayan striker, Edinson Cavani, personally delivered his shirt to Jorge. A nice gesture that was the final prize that filled the Asturian and Valencian boy with happiness that he will surely always remember.