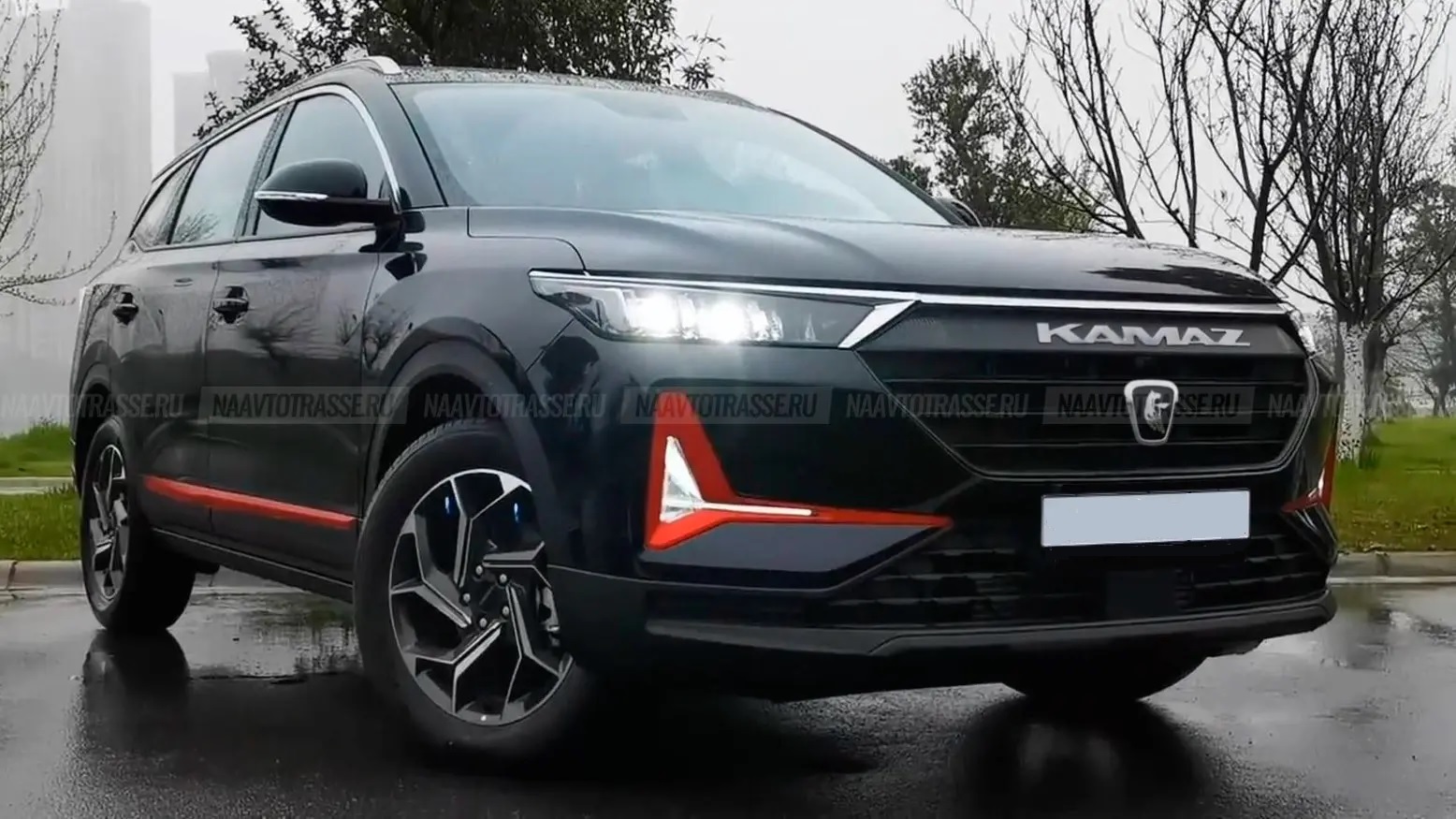 An absolute new crossover KamAZ Ulan 2022-2023 for 1.2 million rubles is presented: it is like a Hyundai Tucson

In March, it became known that Mercedes-Benz, after several years, was forced to abandon further cooperation with KamAZ. By this time, the Russian company had managed to complete the development of a new tractor, created using German technology. However, the lack of support from Mercedes-Benz and an acute shortage of components can lead to the fact that KamAZ, which has been consistently profitable for many years, will begin to suffer serious losses. This, in particular, is evidenced by the recent news that the Kama Automobile Plant will produce trucks with Euro-2 engines. 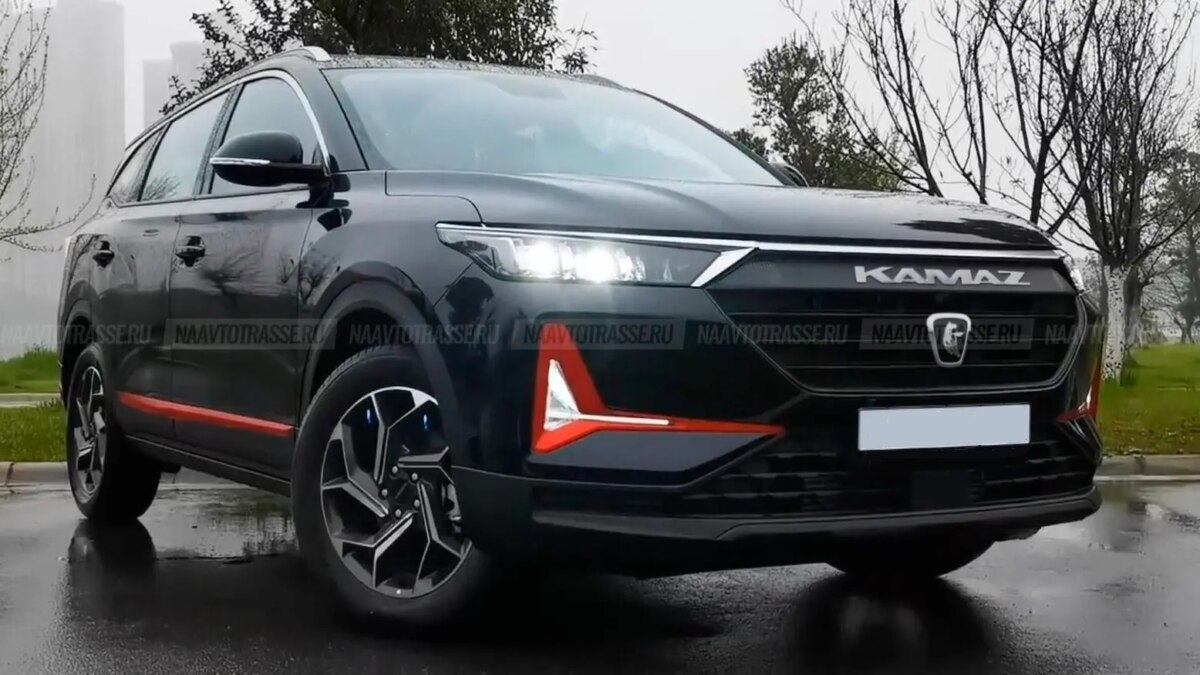 Despite the fact that this decision is temporary, and the cars of this series are planned to be assembled in a small series, the outlined trend still indicates that KamAZ may face serious financial problems. Moreover, the Kama Automobile Plant may suspend development or “freeze” several promising projects, which it has recently begun to develop. However, KamAZ can find a way out of the current situation. And the solution will be quite simple.

The fact is that the Chinese company Dongfeng has been planning to gain a foothold in the Russian market for a long time. She, like Mercedes-Benz, also specializes in the production of large vehicles such as trucks and mainline tractors. That is, by establishing cooperation with Dongfeng, KamAZ thus again acquires a partner capable of bringing something new to future Russian models. In addition, cooperation will reduce the dependence of the Kama Automobile Plant on scarce components. But the interaction between the two companies will not be limited to this.

Dongfeng is one of the largest and oldest Chinese companies engaged in the production of various types of transport. In addition to trucks, it produces cars, crossovers, military and specialized equipment. With such an extensive product range, Dongfeng is now becoming “crowded” in the Chinese market. In China, today there is very high competition in the commercial vehicle segment, caused by the activity of Geely and many other manufacturers. In this regard, Dongfeng, having established cooperation with KamAZ, will be able to increase the volume of assembly of inexpensive cars. And the Russian company, having access to Chinese technology, will be able to create several promising models. 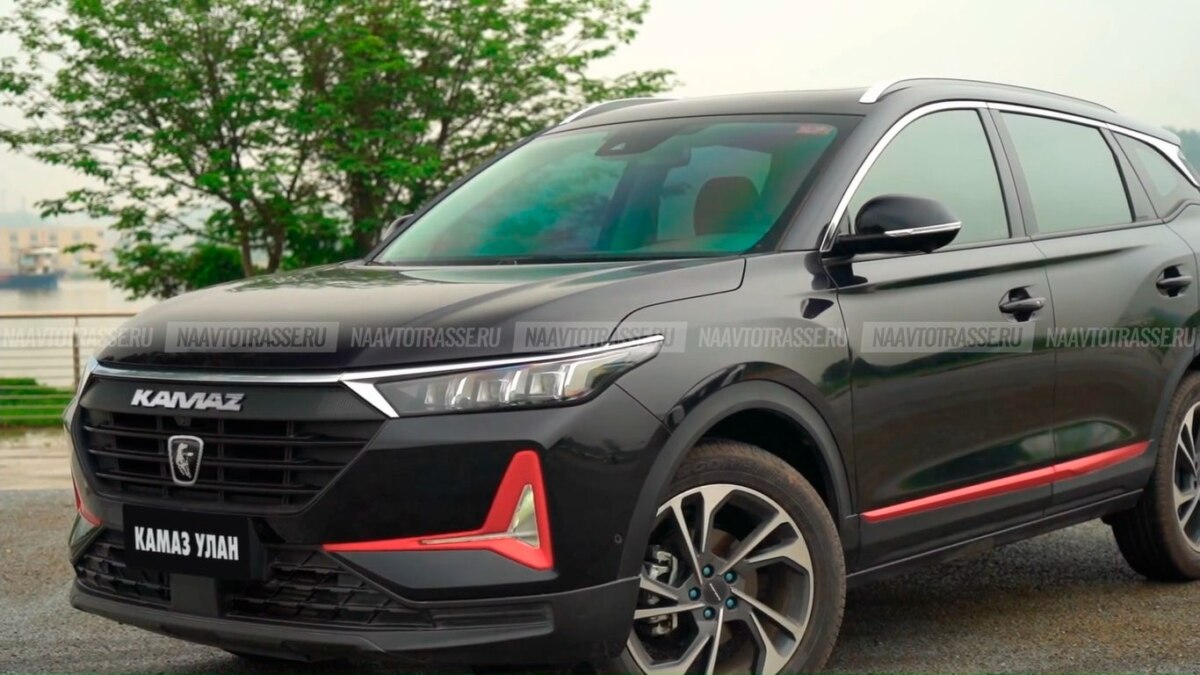 One of them may be the first crossover KamAZ Ulan 2022-2023. The appearance of such a car in the model range of the Kama Automobile Plant will be possible thanks to cooperation with Dongfeng. The Chinese company, most likely, for the first time after the start of cooperation with a domestic enterprise, will focus on the development of a line of commercial vehicles. And KamAZ, in turn, with the help of the crossover will open up a completely new market for itself, which will help improve the company’s financial position in the shortest possible time.

See also  Anouar (40) is an everyday plumber: 'It takes a total of about 10 years before you master the profession' | What does a...

The new Ulan is a mid-size car with a length of 4690 mm, a width of 1850 mm, and a height of 1727 mm. That is, in terms of dimensions, the Russian model is comparable to the Hyundai Tucson. At the same time, it will cost less than Creta: according to preliminary estimates, about 1.2-1.4 million rubles will be requested for KamAZ Ulan. Despite the declared amount, the presented model will in many ways resemble the Hyundai Tucson. More precisely, Ulan will compete with this particular crossover. 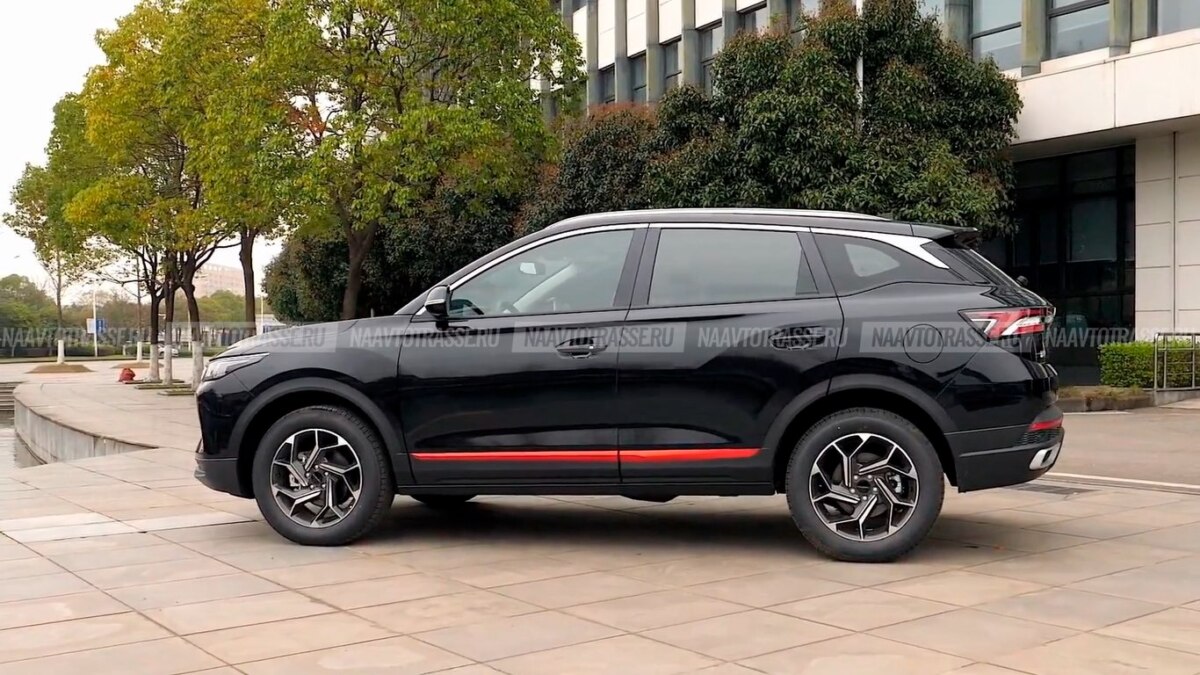 Cooperation with Dongfeng will give KamAZ access to a number of inexpensive technologies. So, the new Ulan will be equipped with a 12.3-inch touch panel, which will be combined with a virtual instrument cluster, climate control and other equipment. Moreover, these options will be available already in the basic version. Optionally, with the Russian novelty, they will offer lane keeping systems, speed control, and others. In addition, the built-in multimedia complex will support the 5G communication standard, which will make KamAZ Ulan 2022-2023 one of the most technologically advanced not only on the Russian market, but also among mid-size crossovers in general. 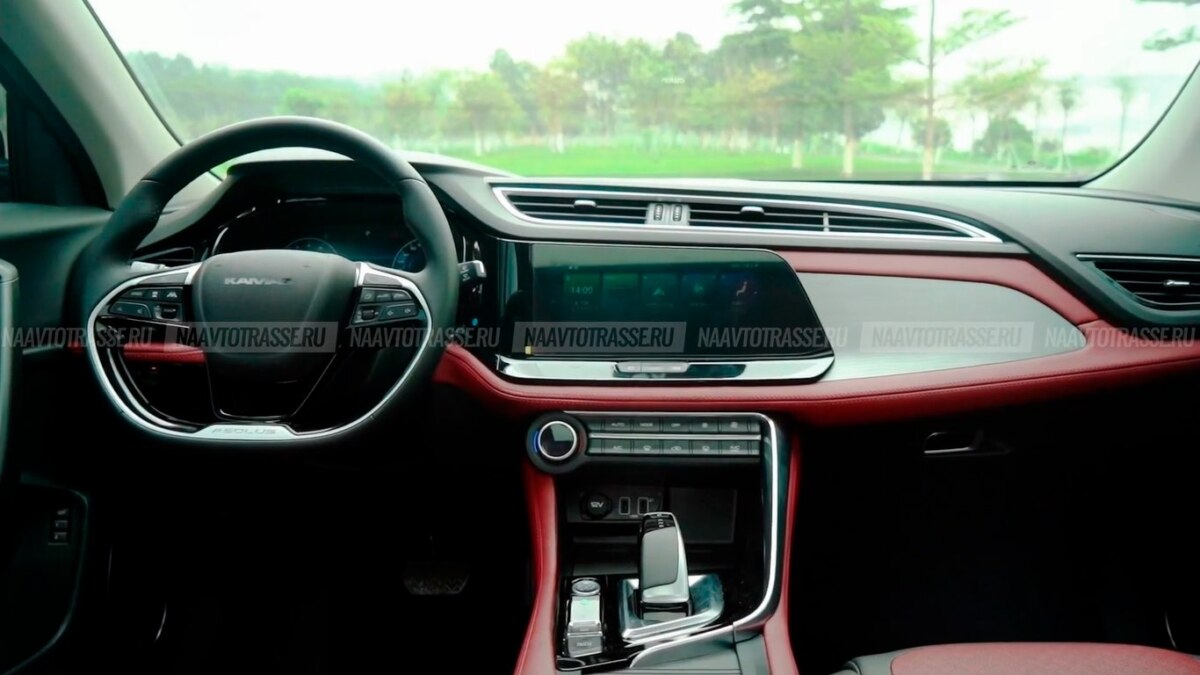 The presented model will offer buyers a 1.5-liter supercharged engine, which will be available in two versions: 150 and 190 hp. Both engine options are combined with a 7-speed robotic gearbox. This combination, according to the results of earlier test drives with the participation of Dongfeng crossovers, showed that it provides a fairly quick set of speeds, making the cars dynamic. Moreover, the 1.5-liter engine produces the highest torque at 2000 rpm in the class. However, in practice, this feature will not be noticeable, except for the fact that the gearbox will not shift gears. That is, with active driving, the driver will not feel noticeable jerks. This means that the new Ulan will prove to be a comfortable urban crossover for many, providing equally pleasant handling during both calm and fast driving.

See also  The Metaverse is not resisting the selling pressure with Axie Infinity and Sandbox poised to drop as much as 20%. 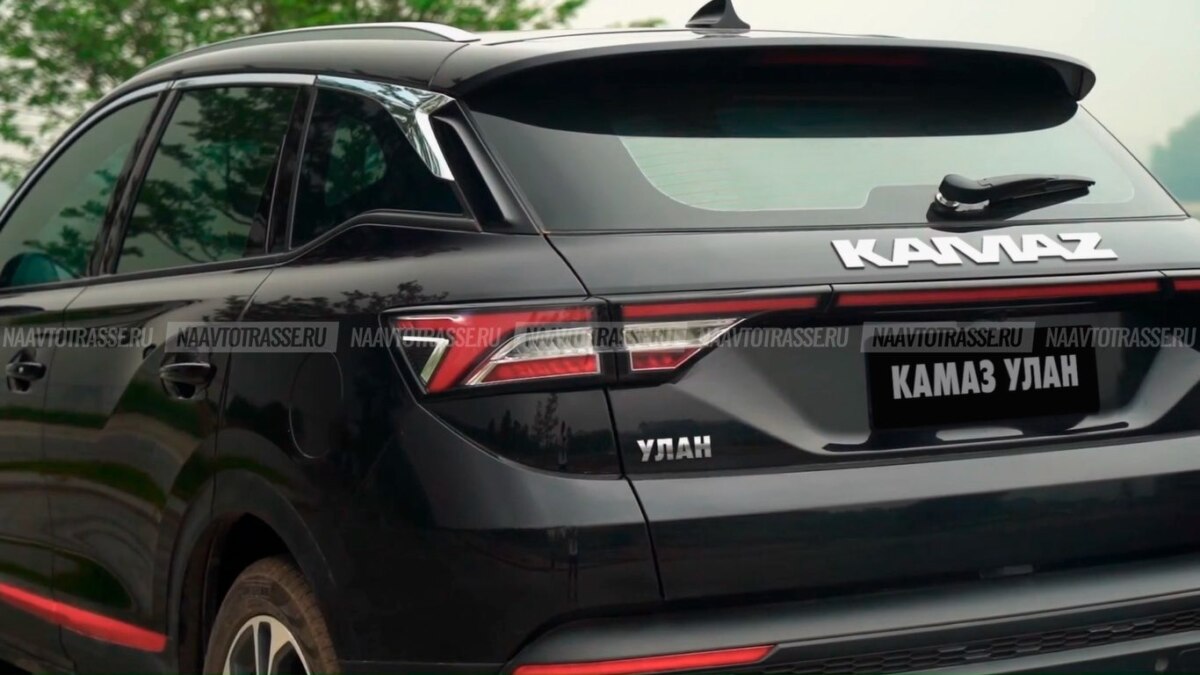 The second plus of the 1.5-liter turbo engine is the absence of noticeable fractures at high speeds. In addition, this unit, combined with a robotic gearbox, consumes an average of 6.6 liters of fuel, which is one of the best indicators among classmates. Even the more compact Creta uses more fuel.

Despite the fact that the new Ulan will be created with the direct participation of KamAZ engineers, the presented model will become a full-fledged urban crossover. This is due to the fact that the Kama Automobile Plant will have to shorten the development time of the car as much as possible. Because of this, the future Lancer will be deeply unified with the Chinese counterpart. That is, when creating a Russian novelty, they will not only use Dongfeng units, but also steering and suspension settings. 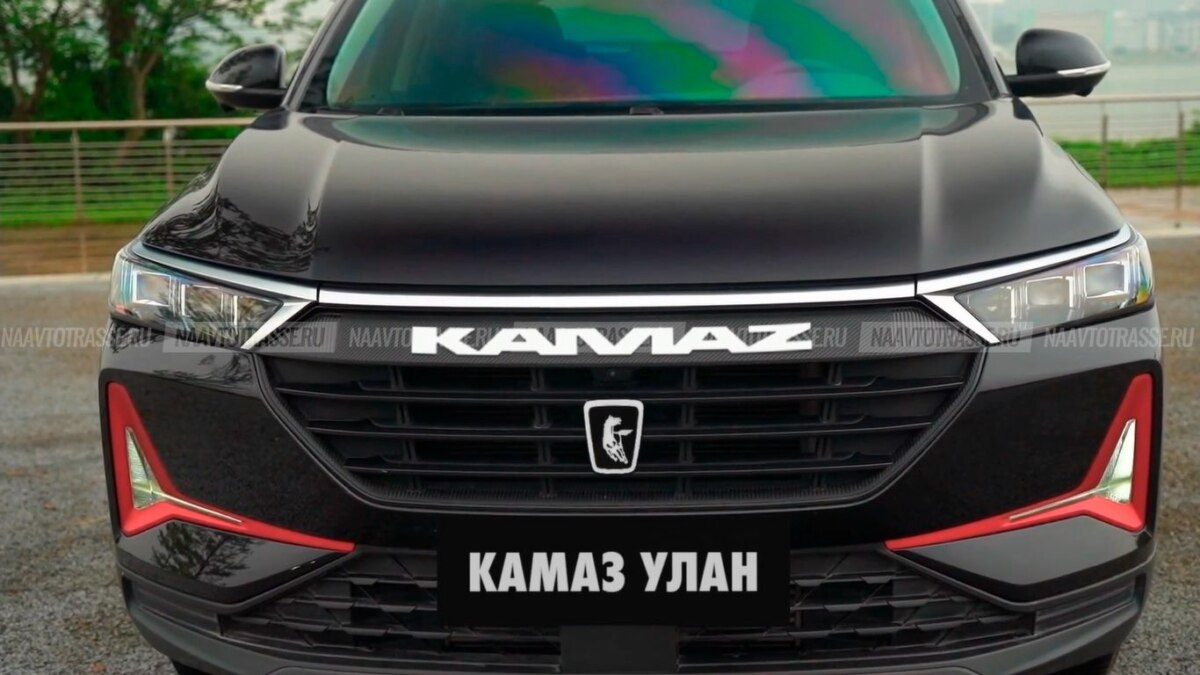 Accordingly, KamAZ Ulan 2022-2023 will turn out to be a somewhat soft crossover for domestic conditions. This means that the suspension of the Russian model will not be able to cope with road irregularities: the driver and passengers will be able to “feel” many asphalt defects in the cabin. But over time, KamAZ engineers will eliminate this drawback. For the same reason, the new Lancer will lack stability. The body of the crossover will skid a little during hard braking or maneuvering due to inappropriate suspension settings. On the other hand, the steering of the Russian novelty will be easy. Thanks to this, even novice motorists will not have difficulty driving the Lancer.

A significant role in the ease of management will be played by a 7-speed “robot”. A test drive showed that this box changes gears almost imperceptibly even with an active set of speeds, which, combined with a minimum number of turbos, should please fans of active driving. By the nature of the acceleration, KamAZ Ulan 2022-2023 will look like expensive German crossovers.

See also  They open new calls for more than 3,000 vacancies and some do not require work experience 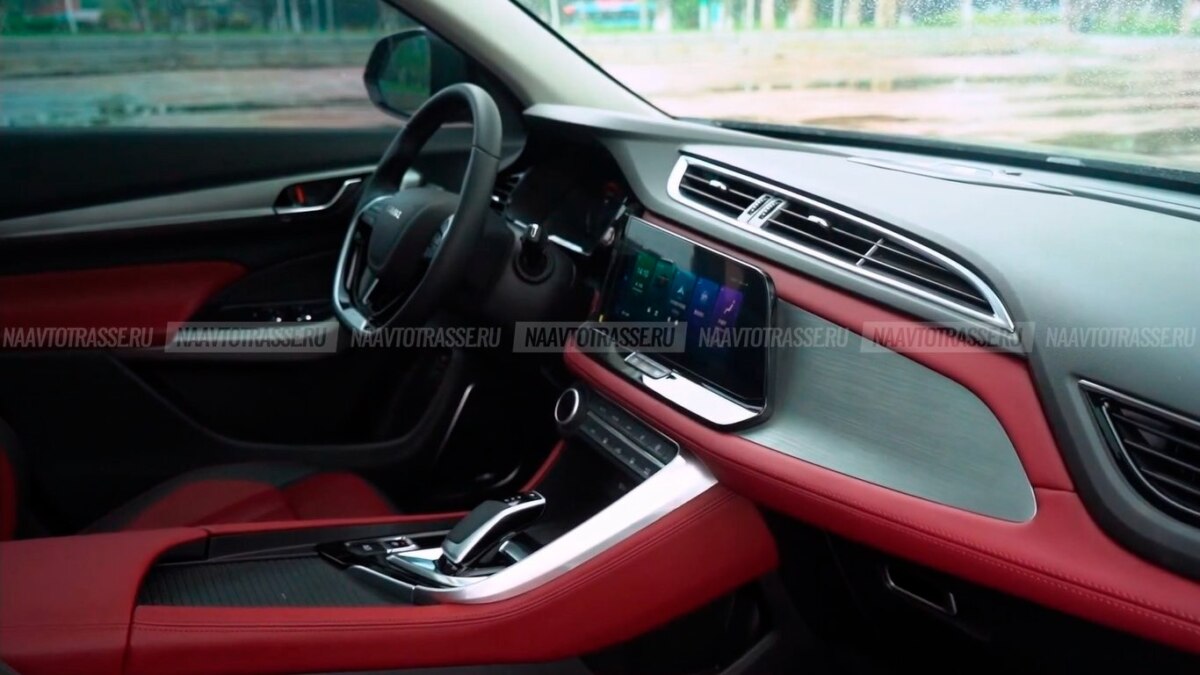 Studies have shown that the Russian novelty will have one of the most comfortable interiors in the class. First of all, the interior is ergonomically designed. Most controls have been moved to a wide touchscreen monitor. In addition, the novelty will receive a compact and convenient gearshift lever, above which there is a washer for setting the climate control. Landing on the second row of seats is not difficult. A passenger up to 185 cm tall will not rest their feet on the front seats. Plus, Ulan can boast of an abundance of small niches and boxes for transporting small items. In addition to this, the Russian model will stand out with another feature: excellent sound insulation. Measurements showed that the sound of a running engine is practically inaudible in the cabin.

The sporty character of the motor reinforces the appearance of the new Lancer. The crossover is equipped with a massive grille, which is combined with wide side air intakes, making the car more aggressive, and an elongated central air vent. The rear part of the body will be replenished with “through” lights, which today are very popular among Chinese manufacturers. 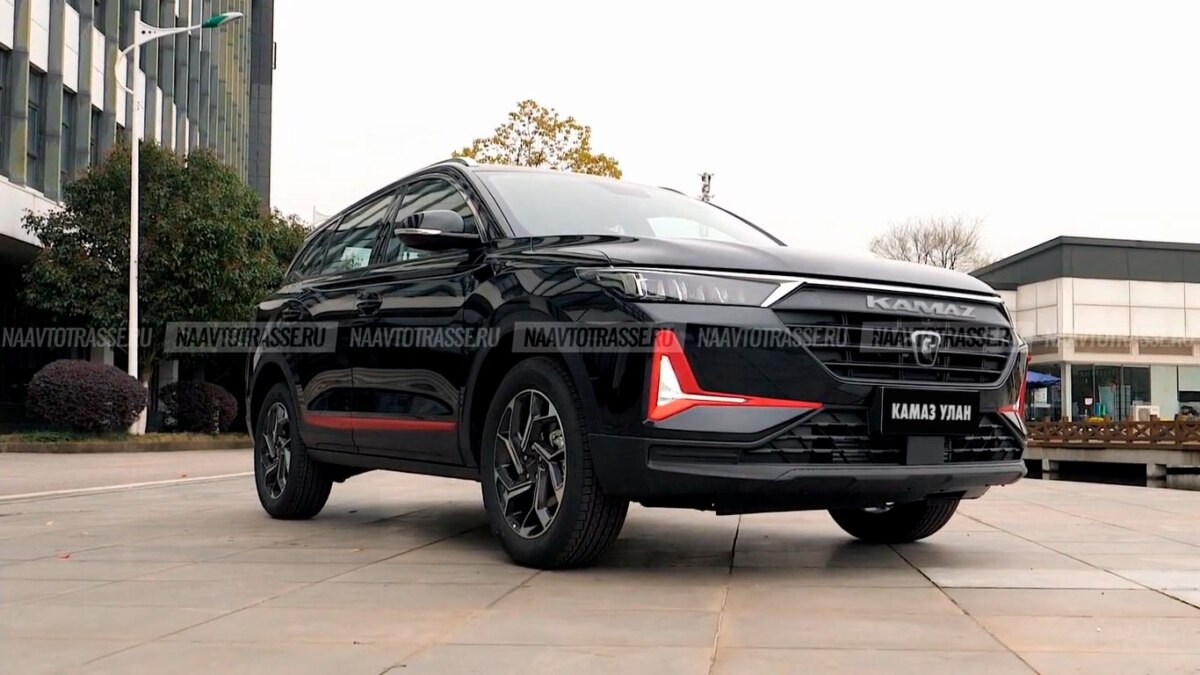 As stated earlier, the new Ulan is a typical urban crossover. This feature is reinforced by the lack of all-wheel drive. However, as this model develops, it is possible that KamAZ engineers will introduce such a transmission.