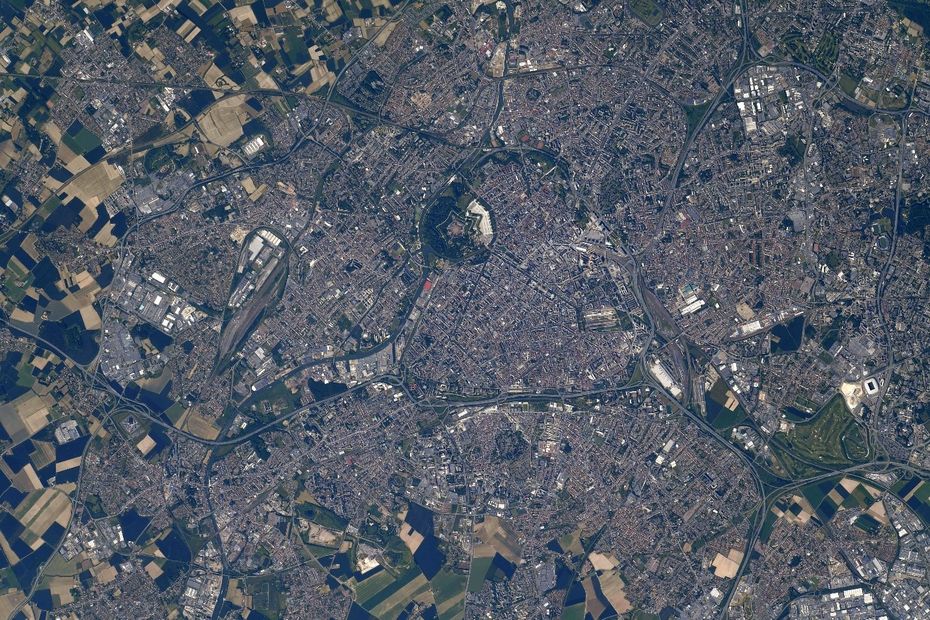 No, the author of the photo is not Thomas Pesquet, but his American colleague Shane Kimbrough. The aerial photo of Lille was taken from the International Space Station and was posted on social media. The opportunity for a quick history lesson.

The snapshot was posted from space on Wednesday, July 14. And it is not the work of photographer-astronaut Thomas Pesquet, used to sharing aerial views of the four corners of the globe on social networks. The city of Lille was immortalized by an American: astronaut Shane Kimbrough, also present on board the International Space Station (ISS).

“Lille is a charming city, with a rich history”, he wrote in the caption accompanying the photo. In the center, we can see the five branches of the Vauban Citadel, the “queen of the Citadels” recognizable among many others. This is what caught the eye of the astronaut, according to his explanation. “In the middle of this photo you can see a star shaped structure”, he recounts, then embarking on a short history lesson in less than 280 characters.

Lille, France is a lovely city with a rich history. In the middle of this photo, you can see a star-shaped structure. What is now a public park used to be a 17th-century military fort that has withstood the War of the Spanish Succession, the French Revolution, & World War I & II. pic.twitter.com/ehHlDa1ZAv

We asked Selic Lenne, a former guide and lecturer from the Lille Tourist Office, now responsible for promotion at the Hello Lille attractiveness agency, to verify the historical elements put forward by the astronaut. After a detailed analysis of Shane Kimbrough’s tweet, this lover of the Citadel of Lille gives us his conclusions: “It’s complicated to give a full historical account and give all the nuances of four centuries of history in three lines, but there is no historical error in this post. I think that must have intrigued him, not sure he knew before “.

Selic Lenne was kind enough to go a little further with us to allow us to understand the history of the place. Analysis of tweet and excerpts.

Yes and no. Over the century of construction, the astronaut got it right. “Louis XIV conquered the city and Lille became French in 1667. In the process, he entrusted Marshal Vauban, a young military engineer, with the construction of a Citadel to protect the city with one objective: to make Lille a durable bastion in the north of the Kingdom”. A flash construction that will last barely three years.

Concerning the second statement, some nuances should be made. “I think Shane went to find information on the internet, points out our expert. The public park is the Bois de la Deûle which surrounds the building, but the Citadel still hosts a military site”. Because even in 2021, the Citadel retains its original function since the headquarters of the rapid reaction corps-France, a NATO staff, is installed there. “The site has not lost its strategic vocation, quite the contrary”.

In 1708, Austrian troops attempted to besiege the city and the Citadel played a major role in slowing down the enemy. “The Citadel withstood more than 90 days and was as expected of it, raconte Sélic Lenne. Vauban knew that a Citadel made it possible to delay the capture of the city as much as possible while awaiting the arrival of a relief army. Even if it was a defeat, it proved the usefulness of such a building.

“Vauban knew that a Citadel made it possible to delay the capture of the city as much as possible while awaiting the arrival of a relief army.”

After more than 100 days of fighting, Marshal de Boufflers capitulated and Lille, which had become Dutch, did not become French again until 1713.

Here again, the American astronaut got it right. In 1792, the Austrians returned with 35,000 men. “But the Citadel resists bombardments”, explains Sélic Lenne, unlike the partly destroyed city. “The Austrian batteries are rather installed at the level of the current Jean-Baptiste Lebas park in the south-east of the city and the Saint Sauveur district will be devastated by the bombardments”. But Lille does not surrender and pushes the enemies to withdraw a few weeks later.

The times are then different. “In the 20th century, the Citadel in a way loses its military utility. At that time, cities are no longer sieged as they were in the 17th century. The Citadel is no longer considered a strategic asset by the French army”, details Sélic Lenne. So much so that part of the ramparts will be dismantled to offer land to the city. “The army will consent because it has realized that it no longer makes sense for modern warfare”.

However, the Germans will still use the building as a headquarters, barracks or even as a jail to lock up the prisoners. “The Citadel however retains a usefulness”, summarizes the guide.

If you are still hungry to read these few historical elements, the Lille Tourist Office organizes guided tours every Sunday afternoon during the summer. “Unfortunately, the visits have not yet been able to resume because of the health context”, deplores Sélic Lenne. But he assures us: they will be offered again as soon as possible.

How about with astronaut Shane Kimbrough? In a message of thanks for this highlighting of the city, Mayor Martine Aubry officially invited him to come and discover the Queen of the Citadels and Lille… as soon as he returns to dry land. Return scheduled for late October 2021.