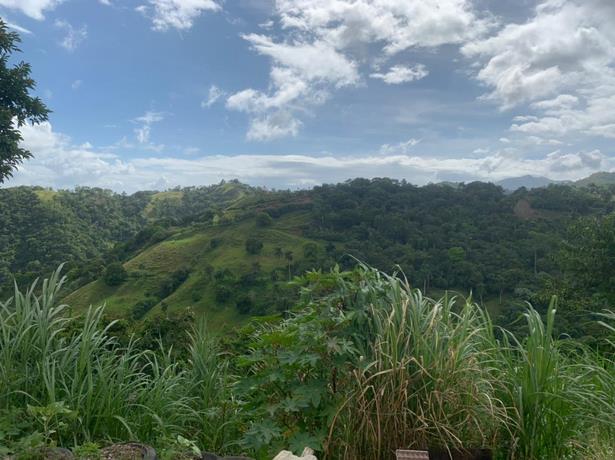 Amber ‘disappears’ in the mountains of Santiago

The extraction of amber in the mine of La Búcara in the Cordillera Septentrional in the province of Santiago, was the main livelihood of the inhabitants decades ago; nevertheless, Over the years, this has been disappearing.

The inhabitants assure that even on the way they found this precious stone, which before the arrival of the Covid-19 was very common to receive the visit of Chinese and Americans in order to buy at a lower price and use the material to sell as jewelry.

“People didn’t even sleep, they were just looking for that, it was in ‘sacks’ that they took. Extracting amber was like extracting sweet potatoes”said community member Bruna Hernández amidst the laughter.

Ludovina Colomé, another of the people consulted, recalled the time of 1958 when, at just 21 years old, together with her husband, she extracted this stone from the large mines, which at that time was sold for only RD$70 per pound.

According to one of Ludovina’s sons, a pound of amber currently costs up to RD$2 million on the market. And, unlike red and yellow, blue can be even more expensive.

“Now, when that amber had fossils of insects or plants, that was when it was sold more expensive,” explained the 85-year-old woman.

However, over the years, that extraction was declining, for what residents attribute to the fact that the owners of these lands “do not accept” mining and, mainly, for the declaration No. 217-17 that creates the Botanical Garden of Santiago Professor Eugenio de Jesús Marcano Fondeur, a protected area of ​​the Dominican Republic, which is close to La Búcara.

In view of the closure of mining activities, the community members who were engaged in this trade have currently had to opt for the cultivation of coffee, cocoa, bananas and other products, while others have had to leave the area in search of a better quality of life.

From this place come the fossilized remains of a rare flower and a parasitic wasp with more than 30 million years old, discovered and studied by the American paleontologist George Poinar Jr, from the Department of Integrative Biology of the Oregon State University, in the USA.

Through an article in the specialized journal Historial Biology, the professor announced that the rare flower found in the country is a plant that belongs to the Euphorbiaceae family of the genus Plukenetia minima, which has more than 300 genera. Currently most are found in Africa, Madagascar and Asia.

“The north coast of the Dominican Republic is known for produce the clearest and oldest amber in the world. This precious stone consecrated its world fame thanks to the Steven Spielberg film, ‘Jurassic Park’, reports the RD tourist portal.

The portal promotes the rareness of blue amber, which is only found in the country, and invites you to buy “rough stones at a fraction of the market price.”