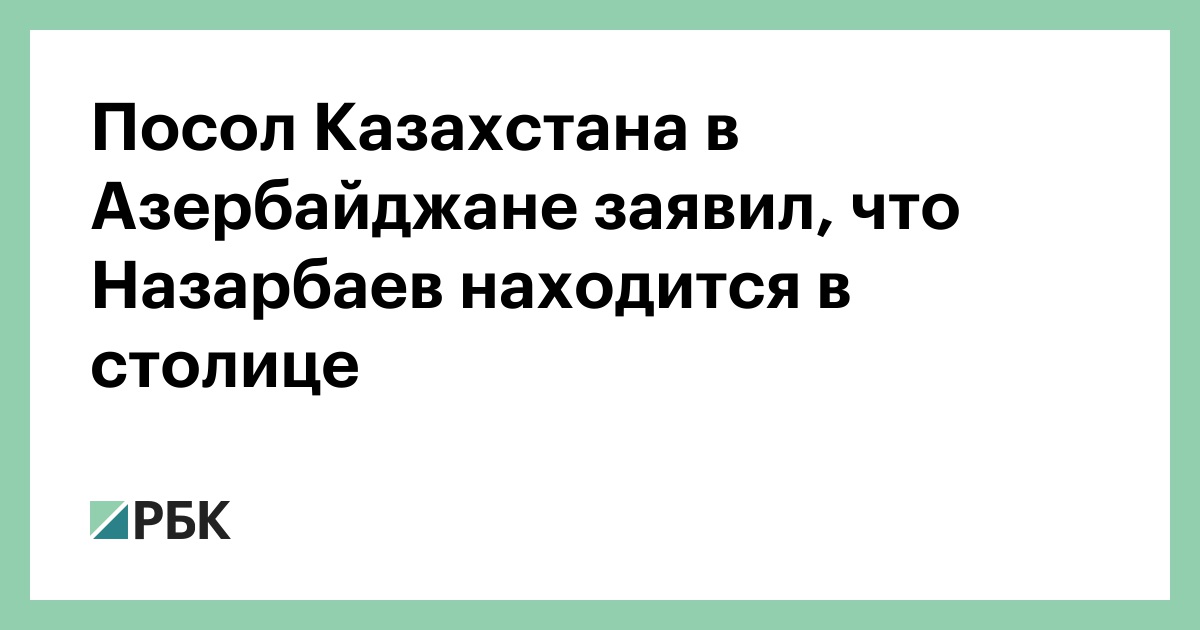 Former President of Kazakhstan Nursultan Nazarbayev is currently in the capital of the republic. Ambassador of Kazakhstan to Azerbaijan Serzhan Abdykarimov said this at a press conference, APA reports.

According to the ambassador, Nazarbayev is in constant contact with the President of Kazakhstan, Kassym-Zhomart Tokayev, and also held several telephone conversations with the heads of friendly countries.

“He is constantly monitoring the situation,” added Abdykarimov, referring to Nazarbayev.

Flew away, fell ill, in the capital: what versions were put forward about the disappearance of Nazarbayev

On January 7, Orda.kz reported that Nazarbayev left the country during the protests, but the next day, the former president’s press secretary denied this information, saying that he was in Nur-Sultan and urging everyone to rally around the current head of state, Kassym-Zhomart Tokayev. …

Press Secretary of the Russian President Dmitry Peskov said that during the protests, the Russian leader kept in touch with the current head of the republic Tokayev. Peskov has no information about Putin’s contacts with Nazarabayev.