Chicho’s legacy is not easy to handle. ‘Stories to not sleep’, from the TVE studios, became one of the most legendary productions in our country between the mid-60s and the early 80s. Fifteen years after its last stage in the form of a film, Prime returns us to the place of origin at the hands of four important filmmakers such as Paco Plaza, Rodrigo Cortés, Paula Ortiz and Rodrigo Sorogoyen.

Screams in the hall

These brave men did not have it easy. Back to the primal naivety of our most important fantasy series I needed a series of requirements among which it was essential to also show a certain naivety, and in that case it comes out better or worse depending on the proposal. Let’s see what we find here.

This year Rodrigo Cortés has secretly shot his new feature film, something that did not happen with his participation in the new anthology. His adaptation, ‘The joke‘, becomes an exquisite set-piece of an indispensable part of the story that in the (small) original film was consumed in an ellipsis.

With a cast willing to enjoy suffering (Nathalie Poza very well, Raúl Arévalo very funny), despite its tight footage, it leaves a bit of evidence that there was not really much to tell. But as Cortés tells it beautifully, elegantly and with Eduard Fernández reincarnated in Narciso Ibáñez Menta, the first installment of the collection is a funny thriller full of secrets. Or maybe not so much. 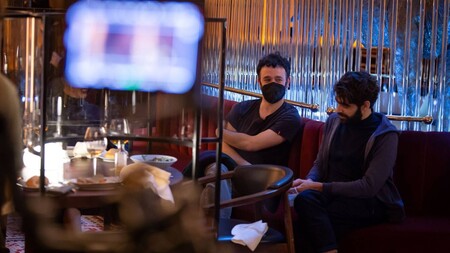 ‘The double‘, the contribution of the always interesting Rodrigo Sorogoyen, doubles the length of the original, a story based on a story by Ray Bradbury that in this case has disappeared from the credits in favor of the director and Daniel Remón, co-writer of a story he seems to enjoy pushing the viewer away, but when he grabs him and drags him into suspense demonstrates the pulse of the director of ‘Anti-riot’.

The always mysterious Vicky Luengo and a magnetic David Verdaguer pass through a fierce dystopia and too tied to the present. The masks and confinements are the support of a story that is closer to the genre stakes of filmmakers as a certain Canadian director always on everyone’s lips and with blockbuster on the billboard. 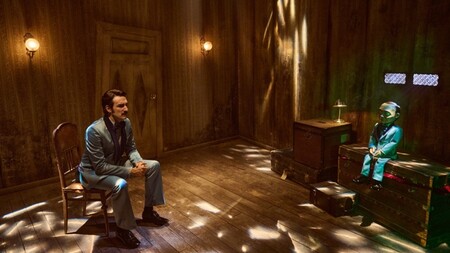 Paco Plaza, who already delivered a magnificent film so as not to sleep more than 15 years ago, the sensational ‘A Christmas Carol’, returns to that field in which he feels so comfortable: that of the fun polished but casual macarrada. With Miki Esparbé in the skin of a fictional character that was actually a real one, and with the help of Alberto Marini, he reinvents’Freddy‘, one of the most memorable episodes.

With a sense of humor that nails the 1982 of the time, eager to have a good time and a play on words that can go unnoticed if you get lost for a second, Plaza’s film proposes a cunningly invented mystery and eager to transfer the viewer to the very studio of Chicho. For that alone the trip is worth it, but the rest is really good. 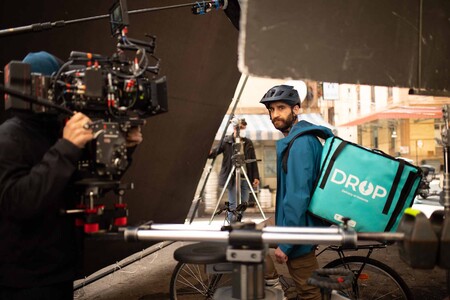 The best of the four closes the lot, Paula Ortiz’s vision of ‘Asphalt‘, without a doubt the most daring choice of the four. With a script signed by Rodrigo Cortés and Manuel Jabois and with some sensational Dani Rovira and Inma Cuesta, the director of ‘The Bride’ shows that there are no challenges for her. From the first frame, your asphalt is on the street, which is where it should be.

Grabbing a story remembered by Mingote’s drawings and by the staggered burial of a “nobody” whom life devours was, to say the least, audacious. And the exercise is perfect. Shot outside, with a portentous dramatic charge and a grateful cry of denunciation, ‘El asfalto’ is the best translation to the present of a nightmare with more than half a century of history. Excellent.