5 curious facts you should know about Amara la Negra.

The television presenter, actress and singer Amara la Negra will be part of the new season of the reality show “Nuestra Belleza Latina” on Univision.

The interpreter of Dominican descent will be the host of the beauty mansion in “Nuestra Belleza Latina”, for which she promises to entertain viewers with her charm, talent and sympathy.

Amara la Negra is best known for her participation in reality shows such as “Love & Hip-Hop: Miami” and “Love & Hip Hop: Hollywood”.

What you have to know:

The 30-year-old star is known in the entertainment industry as Amara la Negra, but her real name is Diana Danelys De Los Santos.

According to her biography, De Los Santos chose the stage name Amara la Negra after being part of a musical group called ‘Amara’. While it is true that the group broke up, the singer kept Amara’s name and added ‘La Negra’, after being repeatedly asked: ‘Who is the black girl in the group?’

2. He started his artistic career at an early age

At the age of 4, Amara la Negra made her debut in the entertainment industry with her participation in the television show “Sábado Gigante”, hosted by Don Francisco and broadcast on Univision.

At the beginning of her artistic career, ‘La Negra’ was also a dancer for great stars such as Celia Cruz and Tito Puente.

3. She is an influential businesswoman

Along with her role as a television star, Amara la Negra is an influential businesswoman with important real estate deals in the Dominican Republic.

Currently, Amara is one of the majority investors in Amara Residences, a residential complex that will soon be built in the town of Las Terrenas in the Dominican Republic.

The television host is also the founder of the DreamBig construction company and owner of several tourist apartments that are rented in the Dominican Republic through the Airbnb platform.

4. She is happily in love

According to his official profile on Instagram, Mueses is the founder of Soluciones Allan, a company that provides real estate, financial and legal services to his exclusive clientele.

The new boyfriend of ‘La Negra’ has a Master’s degree in Business Administration and is a graduate of Western Michigan University.

Amara La Negra and Allan Mueses have been together for eight months, but recently they made their love affair public.

The MEAWW website reported that the couple met when the singer and actress was trying to enter real estate businesses in the Dominican Republic.

5. She is the daughter of Dominican parents

Born in the city of Miami in 1990, Amara la Negra is the daughter of Dominican parents and grew up in a family that preserves its Latino roots.

La Negra’s parents are from the towns of Samaná and San Cristobal in the Dominican Republic. Despite growing up in the United States, the star is very proud of her Latino roots.

Currently, Amara la Negra lives between the United States and the Dominican Republic because of professional commitments. 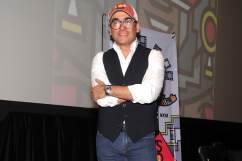