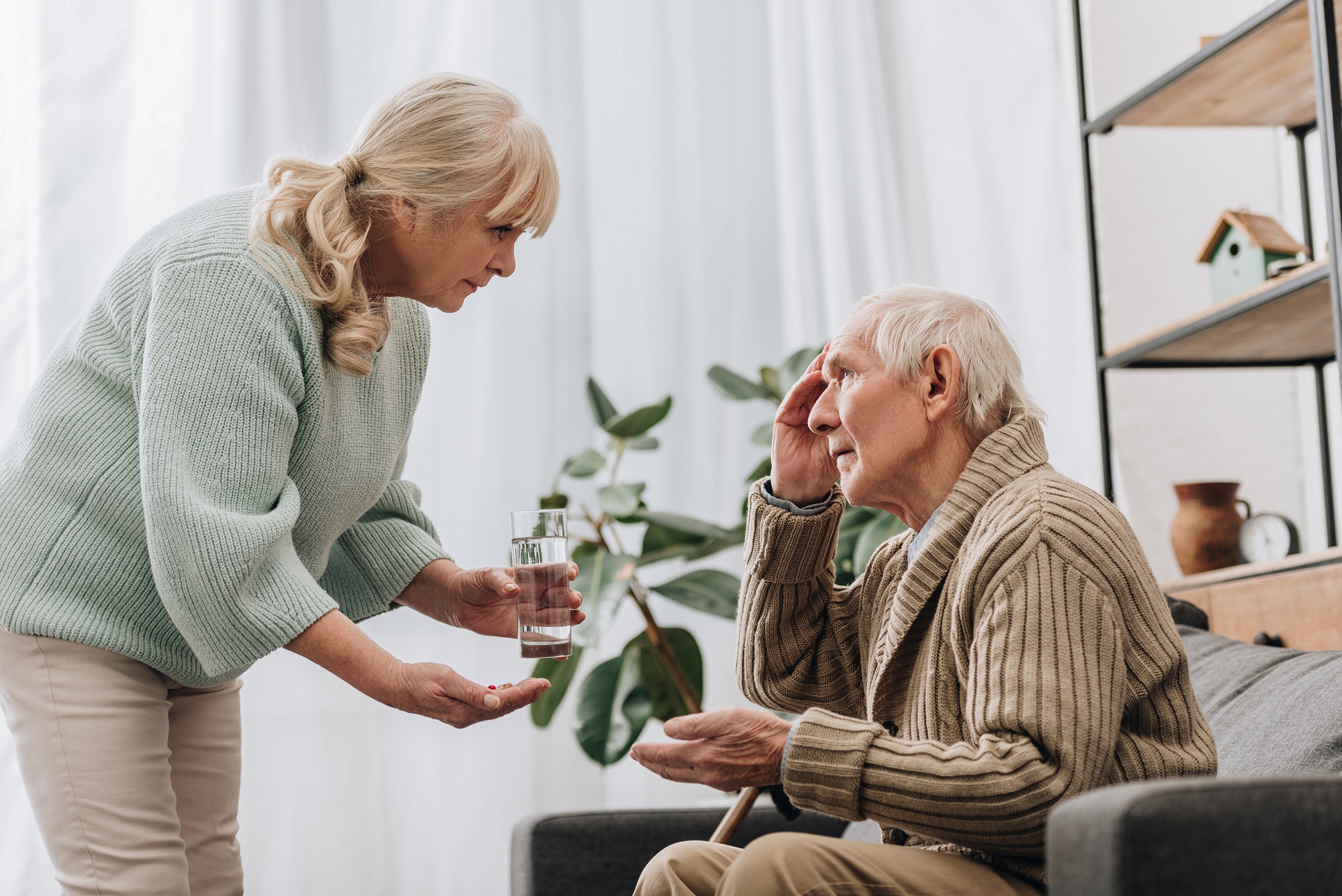 Connection Between Alzheimer’s and Herpes Viruses?

A drug that has recently been approved in the USA to break down plaques is to be used as a therapy for Alzheimer’s disease, despite contradicting study results. However, experts doubt that removal of the plaques present in people with advanced Alzheimer’s disease will help. Because the cause may not lie in the plaques, but in herpes viruses and other pathogenic agents.

Aducanumab is said to break down plaques

In the USA, the drug aducanumab (Aduhelm) was approved by the FDA as a therapeutic agent for the treatment of Alzheimer’s disease, although there have been contradicting results on its effectiveness in various studies. Treatment with the drug is intended to break down aggregates of β-amyloid (Aβ) in the brain, which are often referred to as so-called plaques.

However, there is the problem that it remains unclear whether these plaques are really the sole cause of the cognitive decline that occurs in Alzheimer’s disease and whether the removal of these plaques really helps to improve dementia when the affected person is already at an advanced stage of the disease.

As a condition for approval, the FDA has asked the manufacturers Biogen and Eisai to demonstrate the clinical benefit of aducanumab therapy in another randomized, controlled study. It remains to be seen whether the new study will deliver convincing results – there are definitely doubts.

Aβ not the sole origin of Alzheimer’s

The doubts are also based on the fact that many experts are of the opinion that beta-amyloid plaques are involved in the pathology of the disease, but by no means the sole origin. There are other important markers such as apolipoprotein E (ApoE), fibrils from τ protein and neuroinflammation. There are various conjectures and theories about the process by which these markers trigger memory loss that is typical of Alzheimer’s disease.

One of these theories relates to infections in the body. This infection hypothesis assumes that Alzheimer’s can be triggered by certain pathogens. Since this theory has long been viewed as the opposite of the amyloid hypothesis, it was not really taken seriously at first. In the course of time, however, there has been a rethink among experts and many now assume that both hypotheses are in harmony with one another.

Aβ could function as an antimicrobial peptide

A new and hotly debated explanation suggests that beta-amyloid fulfills the function of an antimicrobial peptide in the brain. Pathogens are enclosed in the production of plaques and thus rendered harmless. However, with increasing age or with a predisposition based on genetics, these plaques can no longer be removed, so they accumulate and trigger neuroinflammation and also the formation of so-called τ-fibrils. This causes neurons to die off and further plaques to form, according to the explanation of the approach in the renowned English-language journal “Nature”.

For the experts, the question is particularly which pathogens can set this process in motion. Three herpes viruses and three bacteria in particular are seen as possible triggers for this: HSV-1, HHV-6A and HHV-7, Chlamydia pneumoniae, Borrelia burgdorferi and Porphyromonas gingivalis. However, herpes viruses are the most likely triggers here.

For example, a study published in the English-language specialist journal “Neurotherapeutics” in 2018 found that people with a herpes infection actually have a 2.5 times higher risk of developing dementia. Amazingly, antiviral treatment almost completely negated this increased risk, the team reports.

The infection hypothesis is considered interesting by experts, but there is still no definitive evidence that it is correct, explains Dr. Anthony L. Komaroff of the Brigham & Women’s Hospital at Harvard Medical School in Boston in an article on the subject in the English-language journal “JAMA”.

The expert is of the opinion that in order to solve the problem, important questions must first be clarified, for example whether neuroinflammation is the cause or consequence of plaque and fibril formation and whether infections are at least in some cases the cause of neuroinflammation. The doctor assumes that drugs to combat the inflammation that occurs or drugs against certain pathogens could prove effective in the future for the prevention or treatment of Alzheimer’s dementia. However, this must first be proven through further investigations.

Drug prophylaxis for people who are both infected with HSV-1 and also carry the Alzheimer’s risk gene called ApoE4 could include the use of the virostat valaciclovir, possibly together with an anti-inflammatory, explains Dr. Ruth F. Itzhaki in a panel discussion at the Alzheimer’s Association International Conference (AAIC) from the University of Manchester, the results of which can be read in the English-language journal “Nature Reviews Neurology”. A substance called Fucoidan contained in algae is ideal because it has already achieved synergistic effects in vitro against HSV-1 with valaciclovir, adds the expert.

In this discussion, Professor Dr. Ben Readhead of Arizona State University also pointed out two ongoing investigations. These studies analyze the possible effectiveness of valaciclovir in people who are HSV-1 positive and who have already started Alzheimer’s disease. According to the doctor, the results of these examinations could possibly be available as early as 2022. (as)