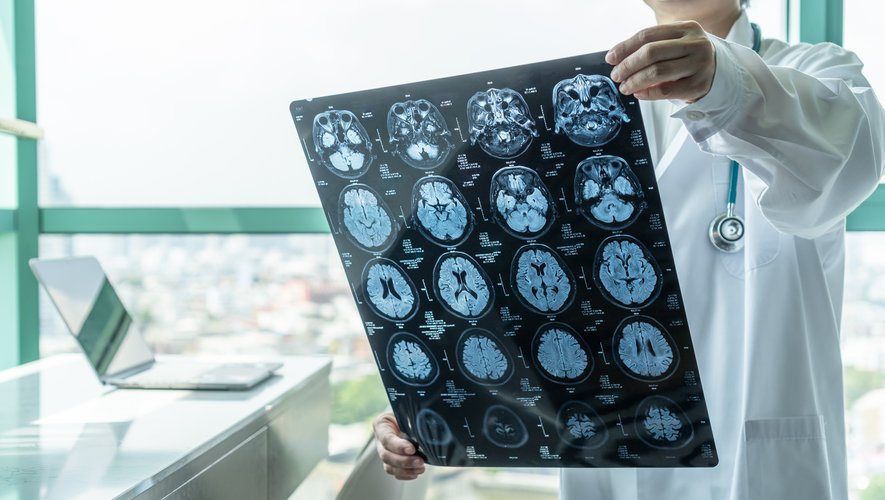 It is a hope that came from America this week for all people with Alzheimer’s disease, an incurable neurodegenerative disease that causes the progressive and irreversible loss of mental functions and especially memory.

In France, according to the France Alzheimer association, 1.2 million people are affected by this disease, of which 35,000 are under 65 – because this disease is far from being just a disease of “old people” as it is believed. wrongly.
It is therefore for all these patients and their relatives that the green light given by the American Medicines Agency (FDA) to the pharmaceutical laboratory Biogen, which produces Aduhelm is important. “We are delighted with this historic decision”, reacted the American organization Alzheimer Association. “It is the first drug approved by the FDA that slows the decline due to the disease,” President Harry Johns said in a statement.

In November, however, an expert committee ruled against authorizing this treatment, judging that it had not sufficiently demonstrated its effectiveness. A non-binding opinion, but it is rare for the FDA to dispense with it. The committee had studied data from two studies: one large clinical trial concluded that the drug from Biogen laboratories was effective, while another had given negative results.

But the FDA “concluded that the benefits […] outweigh the risks ”of taking this medication. It also used a fast-track procedure that only grants the product conditional authorization – a possibility that had not been studied by the committee. “The FDA asks Biogen to conduct post-authorization clinical trials to verify the clinical benefits of the drug,” said the US regulator. “If the drug does not work as expected, we can take steps to take it off the market. “

This green light surprised the international medical community. In the United States, doctors have announced their intention not to prescribe this drug, which is administered according to a very restrictive protocol: it must be given early in patients who are still little affected, intravenously, with brain imaging checks and it can cause significant side effects.

READ  further decline in the number of hospital patients

“This green light is based on data from a trial that was stopped for lack of effectiveness. Subsequent analysis suggests that the molecule could have an effect in high doses. It would have been more reasonable to conduct a new clinical study to be sure, ”said in Le Figaro Professor Sarazin, head of the neurology department at Sainte-Anne hospital (Paris).
The fact remains that this authorization, which makes Aduhelm the first treatment approved against Alzheimer’s for seventeen years, constitutes a major advance. “It’s a real hope because it shows that in the world of Alzheimer’s, there is research, there are drugs being tested and some of them end up having a marketing authorization, but it must be specified, under certain conditions, ”explains Pr Amouyel, Managing Director of the Alzheimer Foundation, to France Info. But the specialist remains cautious and awaits “additional studies”.

The FDA’s decision could speed things up on the side of the European Medicines Agency and therefore allow the drug to be available to the French within a few weeks or months.
Biogen shares soar 38% after FDA green light, analysts point out Aduhelm could bring in up to $ 5-10 billion in annual revenue – the average cost of treatment being $ 56,000 per patient year. But the arrival of this drug could also “stimulate the sector, increase investments in new treatments and encourage innovation” for Maria Carrillo, scientific director of the Alzheimer Association.