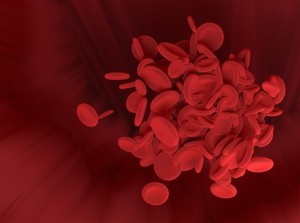 US study: Formation of amyloid plaques in the brain of mice significantly lower

A new, disease-modifying therapy for Alzheimer’s relies on the entire exchange of blood. According to a study by UTHealth Houston http://uth.edu, this treatment approach successfully reduced the formation of amyloid plaques in the brains of mice. Researchers Claude Soto and Akihiko Urayama performed a series of blood replacement treatments to replace the blood of mice with amyloid precursor proteins that cause Alzheimer’s disease with whole blood from healthy mice with the same genetic background. The research results were published in Molecular Psychiatry.

treatment in the bloodstream

According to Soto, this study represents the proof of concept for the use of technologies commonly used in medical practice, specifically plasmapheresis and blood dialysis, to “clean” the blood of Alzheimer’s patients, thereby reducing the accumulation toxic substances in the brain. With the new therapy approach, the disease can be treated in the bloodstream instead of in the brain, according to Soto, which is a great advantage.

Previous studies by Soto and other UTHealth Houston researchers had shown that the misfolding, clumping, and accumulation of beta-amyloid proteins in the brain plays a critical role in Alzheimer’s. Therefore, preventing and removing the misfolded protein aggregates is considered as a promising approach to treat this disease. Treating Alzheimer’s has long been a complicated endeavor. This was due to the difficult transport of therapeutic agents through the blood-brain barrier. With the new approach, influencing the circulating components could now be the key to solving this problem.

Up to 80 percent fewer plaques

Blood vessels in the brain are traditionally thought of as the most impenetrable barrier in the body, Urayama said. “We were aware that this barrier also represents a very specialized interface between the brain and the systemic circulation.” After multiple blood transfusions, the development of cerebral amyloid plaques in transgenic mice with a model of Alzheimer’s disease decreased by 40 to 80 percent. This decline also led to an improvement in spatial memory performance and reduced plaque growth over time in older mice with the amyloid pathology. The exact mechanism by which this exchange of blood works is not known at this time.