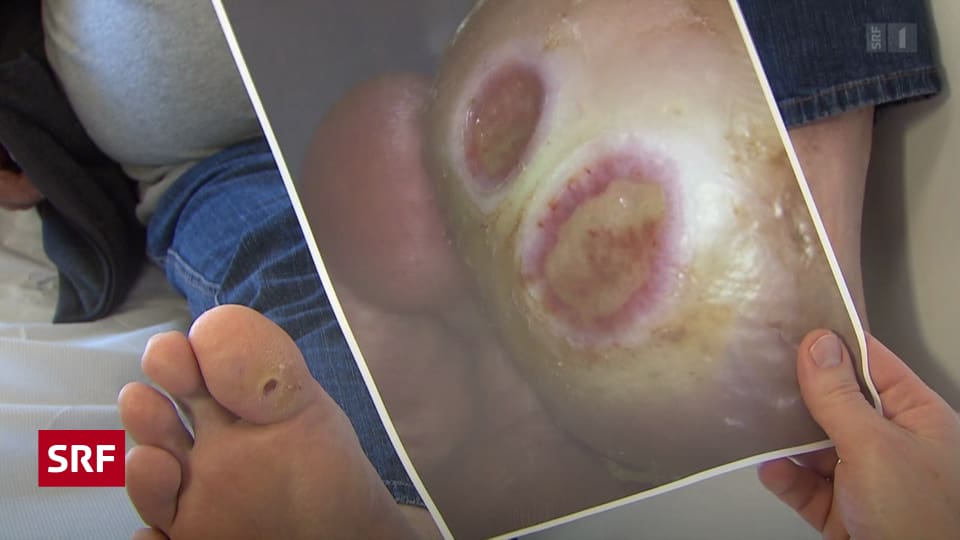 Alternatives to medication – Taking diabetes into your own hands – Knowledge

The insidious thing about diabetes: It doesn’t hurt, is often only diagnosed years later and, if left untreated, leads to massive long-term damage. However, type 2 diabetics can definitely get their sugar levels under control and thus take the prognosis into their own hands.

Half a million people in Switzerland live with diabetes. In healthy people, the pancreatic hormone insulin controls the amount of sugar in the blood. Insulin opens the way for sugar to get out of the blood and into the cells. In type 2 diabetics, the insulin does not work sufficiently, the cells absorb the sugar from the blood only partially, i.e. insufficiently. The result: the sugar levels fluctuate and are often too high.

Over the years, sugar attacks blood vessels and nerves. Type 2 diabetics therefore have an increased risk of heart attack and stroke with poor blood sugar levels over many years, suffer from circulatory disorders in their feet and poorly healing wounds and are at risk of going blind due to retinal damage.

With movement against diabetes

Kantonsspital Aarau, Monday morning at half past eight. It’s pouring rain. And although we are in the middle of spring, the thermometer shows a modest ten degrees. Anyone who voluntarily sets foot outside the door under these conditions obviously has a clear goal in mind.

Seven people, wrapped in raincoats and armed with walking sticks, march at a brisk pace through the streets in and around the Cantonal Hospital Aarau. There are five women and two men from the local DIAfit group. They all suffer from the chronic metabolic disease diabetes and take part in the 12-week diabetes rehabilitation program. “The aim of the program is to encourage those affected to take up sporting activities and a healthier diet,” explains the co-initiator of the project and heart specialist Hugo Saner. “Weight reduction is not the top priority. I always say it’s better to be ‘fit and fat’ than ‘unfit and slim’.” Good fitness is more important in the long term than being as slim as possible.” Hugo Saner is convinced.

Today, type 2 diabetes is already being referred to as a pandemic. Our unhealthy western lifestyle is considered to be the reason for the sharp increase in those affected.

Hugo Saner is convinced that the disease is still not taken seriously enough: “I often hear from patients that they have been told they have ‘a little sugar’. There is no such thing as a little sugar! That’s belittlement.” The sooner one tackles the causes, the better the chances would be of not “collecting” massive long-term damage.

The main risk factors are lack of exercise and a preference for a diet high in carbohydrates, resulting in obesity. The advantage of this is that everyone has the opportunity to turn the wheel themselves.

And just the training in the group obliges. Skipping walking class because of bad weather is out of the question for Annelise Stampfli. During a routine check-up last year, her blood sugar levels were too high. An incidental finding, as often occurs in diabetics, since the disease has not caused any symptoms and does not hurt for years.

“I retired in the fall and the surprising diagnosis suddenly made it clear to me that I really wanted to enjoy the next phase of my life in good health for as long as possible,” says Annelise Stampfli, “I had been looking forward to it for a long time.” She now meets three times a week for group sports. And she rarely reaches for her favorite treat, chocolate.

She proudly reports on the first successes: “In four months I lost ten kilos through the change in diet and regular exercise, I feel better and was able to reduce the medication. My doctor says the blood sugar levels are now acceptable. » However, there is no such thing as a cure. Those who fall back into old patterns also worsen their chances of success and blood sugar levels.

For type 2 diabetics it takes a lot of discipline and motivation as driving factors throughout life. Family history helped with Franziska Reuss: “I saw first hand how a relative had to have his toes removed, then his foot and later his whole leg. That scared me.” Pictures that the 59-year-old has not forgotten.

“Two-thirds of DIAfit participants benefit in the long term from better blood sugar and cholesterol levels, weight reduction and increased performance.” After evaluating around 200 participants, Hugo Saner draws a conclusion: “The earlier diabetes is detected and the sooner lifestyle is changed, the better the chances of staying healthy in the long term.” You can do a significant part of this yourself.

Foods that raise blood sugar levels because they provide a lot of energy in the form of sugar include all grain-based foods such as bread, pasta, cakes and pastries, as well as fruit, milk and yogurt. Fat, protein and fibers, on the other hand, have no effect on blood sugar.

People with diabetes are allowed to eat almost anything – an actual diabetic diet is considered outdated. It is important that you eat healthy and balanced. As with healthy people, there should be plenty of vegetables and salad on the menu. Fruit and whole grain products, lean meat and low-fat fish should not be missing either – this way the body gets all the important nutrients it needs.

For overweight people with type 2 diabetes, weight reduction through calorie savings in fat is the primary goal to improve the metabolic situation.

Surprising for many: Carbohydrates are not only found where you expect them to be (e.g. in sugar cubes), but also in muesli or tomato ketchup. Many carbohydrates are found in fruit, most of them in bananas and least in berries. And there are also many carbohydrates in dried fruits such as lychees, persimmons and pomegranates. Special tables help those affected to distinguish “good” from rather “bad” foods.