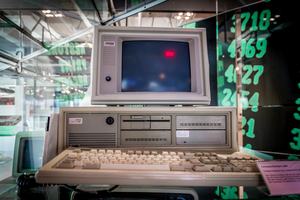 With the corona pandemic, not only did incidences or the R value increase. PC sales also skyrocketed. After the market was continuously weakening and the desktop PC was already considered to be written off, sales figures continued to rise steadily in 2021. According to statements by various market researchers, the current sales figures are the highest in ten years. IDC and Canalys are talking about an increase of around 15%. Gartner is at just under 10%. The calculations for PCs sold are between 340 and 349 million copies.

All three companies trade the manufacturer Lenovo as the front runner. The success of the Chinese group is said to be so great that every fourth device sold comes from Lenovo. HP is in second place, closely followed by Dell. But Apple can also benefit from the strong demand and is happy about an 8% market share and fourth place.

Furthermore, it can be assumed that sales will not decline in 2022. Due to the semiconductor crisis and the associated long delivery times, manufacturers should hardly be able to save themselves from orders. In the meantime, the majority of customers no longer make a purchase decision based on the manufacturer, instead availability is currently the most important factor when buying a PC. Manufacturers should therefore be working flat out to produce as many devices as possible.

Business devices in particular are in high demand due to the long delivery times. Those who can meet the demand here first are in a position to secure a large piece of the cake. However, it remains to be seen whether Lenovo will retain the upper hand in 2022. Even if the Chinese claim that they could stock up on numerous chips compared to the competition, the semiconductor crisis will not leave Lenovo untouched.