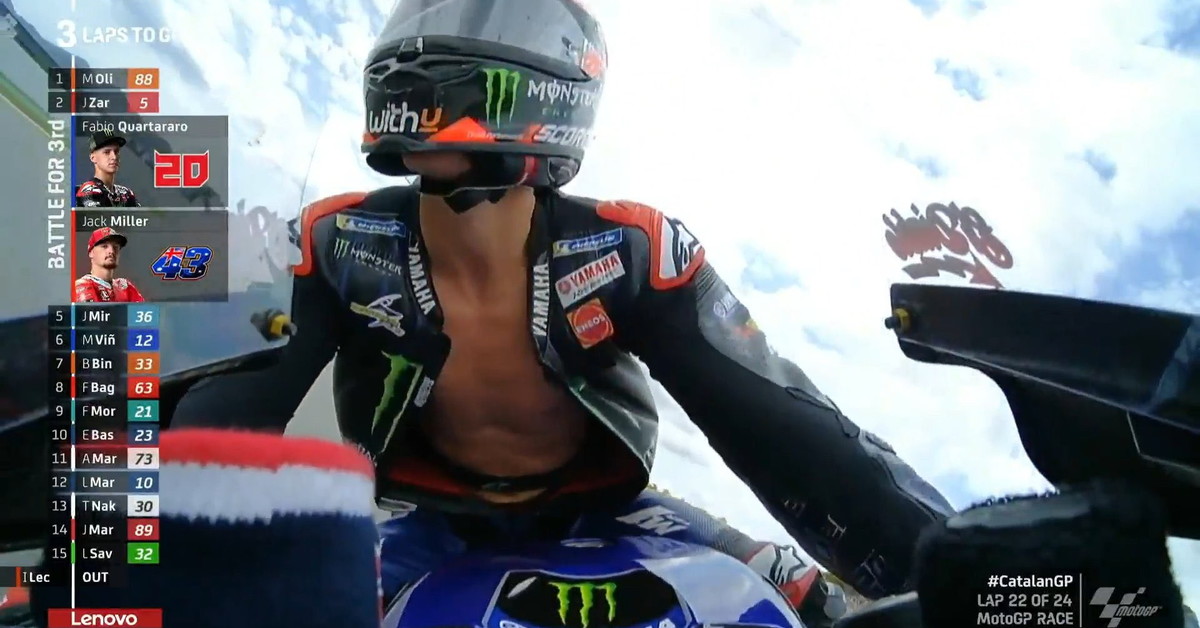 The suit of Fabio Quartararo he had no problem. The French driver ended the Catalunya GP with the zipper open and bare-chested stating that he did not know why it happened. Which caused him a penalty that dropped him to sixth place in the standings. Now, as we read on a note released via Twitter by the team Alpinestars, “after an initial post-race analysis in the Alpinestars Racing Development truck located in the MotoGP paddock, the staff found the suit in normal operating condition with all zippers and closures in perfect working order. In addition, all components of the suit, including the Tech-Air Airbag System, were intact and fully functional. This is only a first evaluation “, we read again, specifying that the technicians will carry out” more in-depth investigations once the suit is in the laboratory at Alpinestars headquarters. Tech-Air Airbag System did not activate during the race and worked as expected, as there was no crash. “