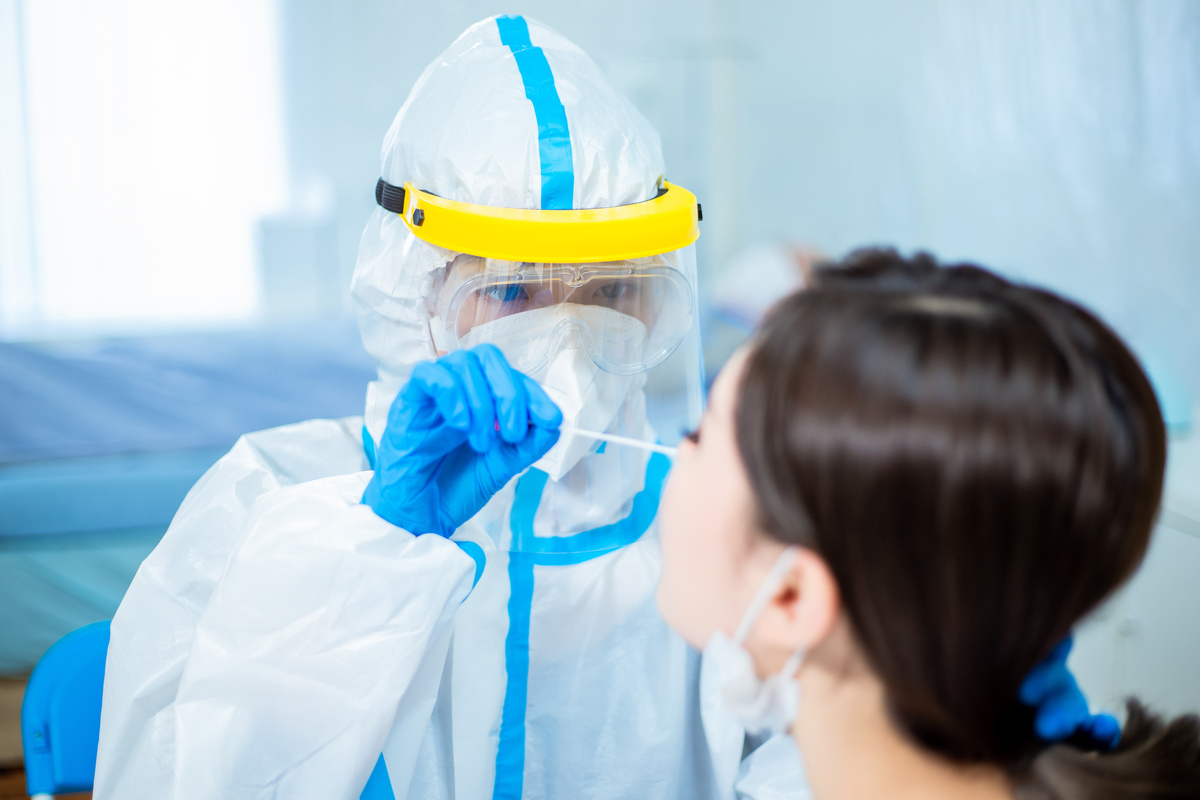 It is claimed on the Internet that the fungal spores would be transferred when smeared for the PCR test, which is intended to determine a Sars-CoV-2 infection.

In the event that – In May 2021, in addition to Sars-CoV-2, another dangerous pathogen spreads in India: thousands are infected Covid-19 patients and those who have recovered with the so-called “black fungus”, the infection is called mucormycosis.

The fungus enters the sinuses when inhaled. It discolors and destroys tissue, bones and blood vessels. In articles on the Internet it is now claimed that the fungal spores would be transmitted during the smear for the PCR test, which is intended to determine a Sars-CoV-2 infection. Photos of those affected are also included.

“The new fungal pandemic is 99% likely to be a PCR test pandemic, because nobody knows how the sticks were prepared,” says a blog post. As early as 2015, a study showed that fungal spores were present in the PCR tests.

The number of mucormycosis cases in India was comparatively high even before the corona pandemic, partly because of the high diabetic rate. The cortisone treatment, which is often used in Covid 19 patients, can also promote the spread of the fungus. There is no evidence of transmission through contaminated swab sticks, not even in the study mentioned.

This is what mucormycosis is all about

India is currently one of the countries hardest hit by the corona pandemic. If the situation was initially exacerbated by a lack of medication and medical oxygen, there is now another danger: More and more Covid 19 patients, but also those who have recovered, are also contracting mucormycosis.

At the moment there are hardly any reliable infection figures for India, but various media reports of around 10,000 cases and hundreds of deaths.

The disease is nicknamed “black fungus” because the pathogen quickly discolours the facial tissue and causes it to die, even eating away at bones, nerves and blood vessels and thus penetrating further and further into the head. If the disease is not treated in a timely manner, it leads to death in over 50 percent of cases – according to the US disease control agency CDC.

In fact, the blog pictures show the mucormycosis disease picture, but they do not document any current cases in India. The photos are taken from a Chinese specialist journal on skin diseases that described a single case of mucormycosis in August 2020: the fungal infection occurred as a concomitant disease in a young leukemia patient.

Mucormycosis is caused by various molds that are found in the soil around the world, where they break down dead organic matter such as leaves. The spurs are carried on by the wind. “If people inhale the spores or if they get into open wounds, this can lead to infections,” explains Oliver Cornely, head of the European Center of Excellence for Invasive Fungal Infections at the University Medical Center in Cologne to the German Press Agency (dpa).

From a global perspective, however, the disease occurs very rarely: in Western countries, statistically, it affects one in a million people. In India, however, as data published in March 2019 show, the rate was comparatively high even before the corona pandemic, with a good 140 people per million people.

One of the main reasons for this is the rate of diabetes in India – one of the highest in the world. In addition, many patients do not get the right medication – or are not even diagnosed as diabetic. Oliver Cornely explains: “A permanently high blood sugar level changes the mucous membrane cells in the airways unfavorably, so that the fungus can dock there and begin to grow.”

Therapies with steroids such as cortisone, used for Covid-19 diseases, can also promote the spread of the fungus. Because the drug reduces the immune system. An unfavorable combination of these factors has probably meant that India is particularly affected by the fungal infection. A recently published study shows that 94 percent of Covid-19 patients there who were also infected with the “black fungus” had previously also suffered from diabetes.

Some Indian doctors also suspect that the fungus has spread more intensely in hospitals through humidifiers or oxygen tanks that contained contaminated water. Nowhere is it mentioned that the fungal spores – as claimed in the blog – are spread via contaminated swab sticks from corona tests. Oliver Cornely also believes this is highly unlikely for a number of reasons.

“The spores are absorbed with every breath. You don’t need a contaminated cotton swab to scatter them,” says the expert. “In addition, the majority of the infections in India occur in the paranasal sinuses. It is very difficult to get there with a straight rod. It would have to be a specially curved, yes, highly intelligent one.”

Cornely explains to the dpa that he does not know of any case in which the transmission of this special fungus through material such as cotton swabs has been detected and described. The 2015 article cited in the blog also fails to substantiate the connection. In fact, it can be read there, traces of fungal DNA have already been found in test kits (the “black fungus” is not mentioned). However, these were found in the various reagents, the nutrient and detection solutions of the tests, and not on the cotton swab with which the patients come into intensive contact.

More on the subject of coronavirus:

See also  fire at the municipal gym of Villalba