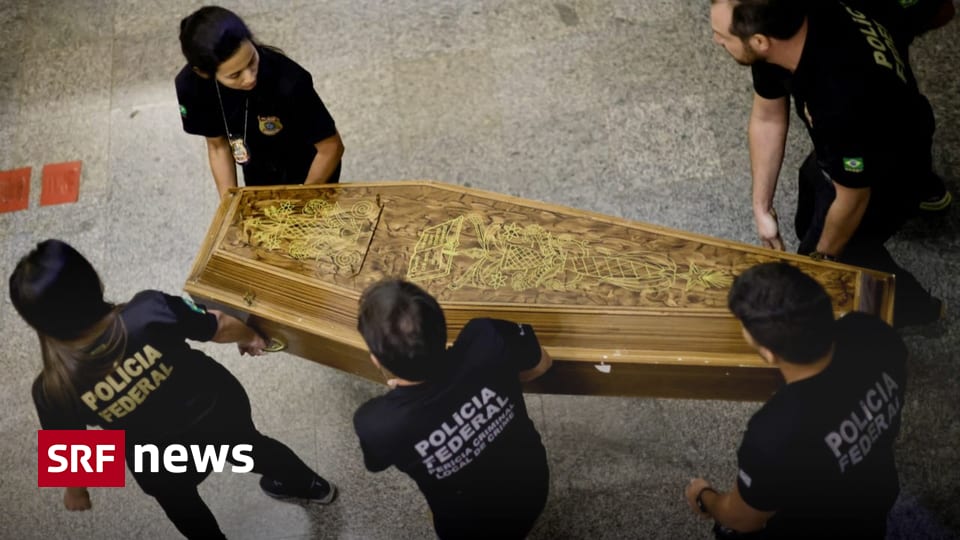 According to the federal police, three suspects have now been arrested. One admitted involvement in the murder of the two men and led police to human remains. “The investigations indicate that the perpetrators acted alone and that no client or criminal organization was behind the crime,” said the federal police.

The motive for the alleged double murder is still unclear. Among other things, the investigators check whether the crime is related to illegal fishing or drug trafficking.

The bereaved thank indigenous groups for their efforts

“The confirmation that Dom and Bruno have been murdered leaves us heartbroken,” Phillips’ family said in a joint statement in the UK. “We are grateful to everyone who took part in the search, especially the indigenous groups who have been searching non-stop for evidence of the attack.”

Phillips has lived in Brazil for a long time and was married to a Brazilian woman. As a freelance journalist, he wrote for the British newspapers “The Guardian” and “The Financial Times” as well as for the US newspapers “Washington Post” and “The New York Times”. Most recently, he researched a book about the protection of the Amazon region, the strong economic interests in its exploitation and various development models. The reporter also reported on illegal activities in the natural paradise.

Phillips and Pereira did not arrive by boat in the town of Atalaia do Norte on June 5 as planned, according to a regional Aboriginal organization. Pereira had previously reported to the police that he had been threatened several times.

Indigenous people had pushed ahead with the search for missing people

The Javari Valley Indigenous Association lamented the “priceless loss” of “two partners”. It was above all the indigenous people of the region who had driven the search for the missing people from the start.

Brazil’s right-wing populist President Jair Bolsonaro initially blamed the men. He said Phillips was “badly viewed in the region” and should have “taken more care of himself”.

The indigenous association Apib said they had repeatedly alerted the authorities to the activities of criminal groups in the region. “The cruelty of the crime shows that Pereira and Phillips got in the way of a powerful criminal organization that was desperate to cover their tracks,” Apib said in a statement.

Brazil was the fourth most dangerous country for environmentalists in 2020, according to the NGO Global Witness – 20 conservationists and environmental activists were killed there.

With an area slightly larger than Austria, the region is one of the largest indigenous areas in Brazil. Many indigenous people live in isolation there. The border area with Peru and Colombia is particularly conflict-ridden due to illegal prospecting for gold, deforestation, hunting, illegal fishing and drug smuggling.