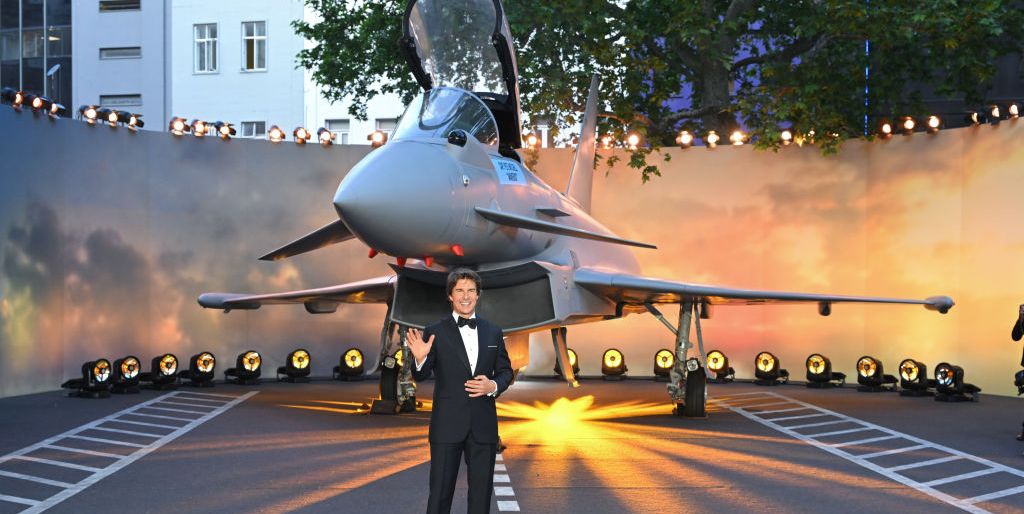 All the records of ‘Top Gun: Maverick’ at the box office

Take a good look at the headline of this article. Don’t you see anything weird? Let ‘me help you. We are talking about box office records and there is neither the name of a superhero nor that of a Disney franchise written next to it. I don’t remember the last time something like this happened. To give you an idea, Tenet, the movie that was to save theaters after the pandemic, had an opening gross of $9.4 million in the United States (partly due to COVID) and grossed $363.7 million globally. Instead Top Gun: Maverick It added 126.7 million dollars at the US box office in a single weekend (156 counting that it was a bridge) and in less than a week it has already surpassed 282 million worldwide. He has exceeded all expectations and with each passing day he breaks a new record among the public.

What accounts for the sudden success of such a late sequel to a 1986 classic? Mere nostalgia? Yes and no. Although the Top Gun by Tony Scott was number one on its release, it was also harshly trashed by grumpy critics at the time until it ended up becoming one of the best films of the 80s. Even so, we are talking about a box office opening of just over 8 million dollars (from 1986); nothing to do with the 126.7 of the weekend of Top Gun: Maverick.

It also turns out that the public that has come to see Top Gun: Maverick is the one that has been leaving theaters for years, now packed with teenage superhero movie fans. On the other hand, according to The Hollywood Reporter, the new Tom Cruise movie has brought in 90% of people over 25 years of age, especially between 35 and 55 (67%) and with 21% older still.

The phenomenon cannot be explained only by the mere claim of Tom Cruise, who has not achieved similar success with the best ‘Mission: Impossible’ films, nor by its condition as a sequel, but because there is a considerable public wanting to return to theaters to see action movies where CGI is not the protagonistthe layers give way to real characters and the physical and artisanal action recovers what so many of us miss from the movies of the 80s.

As of May 31 Top Gun: Maverick has raised 282 million dollars worldwide, and is yet to debut in the powerful markets of China and Russia. The film cost 170 million and is expected to more than recover the investment. These are, at the moment, all the records that have been accumulated.

Even before its release, Tom Cruise’s new movie was already breaking records. This time ‘Top Gun’ was received to applause by critics and Paramount Pictures gave it the most ambitious distribution of all time. Nothing less than 4,732 theaters in the United States opened for the weekend with Top Gun: Maverick. Just the remake of The Lion King of CGI, that monstrosity that is the antithesis of Top Gun, had approached that figure with 4,725 rooms.

In the 80’s it was Top Gun. Ten years later, Mission Impossible. then came War of the Worlds by Steven Spielberg in 2005 and finally Mission Impossible: Fallout in 2018 and the new Top Gun. Tom Cruise can boast of being a superstar who every decade has released at least one movie at number one. Now, con Top Gun: Maverick he surpasses himself with the best premiere of his entire careerseveral million more than the 64.9 million that War of the Worlds on its first weekend. For the first time it has surpassed the barrier of 100 million.

Part of the distribution strategy of Top Gun: Maverick it is only understood from the United States calendar, which celebrated the weekend the film was released on Memorial Day. Over the years, this weekend has become a key date for the North American box office, extending the weekend for four days and kicking off the summer season.

Since 2007, Jack Sparrow has kept the crown of the Memorial Day premieres with cannon fire and sword duels. Pirate of the Caribbean: At the end of the world. The third installment of the pirates totaled 139.8 million over the 2007 bridge. Now, however, they have been surpassed by the F-18 fighters of Top Gun: Maverick which have raised a total of 156 million in the United States during these first four days.

‘Top Gun: Maverick’, the best film premiere (for not being a franchise) 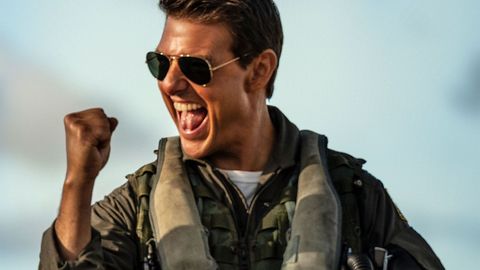 By more than Top Gun: Maverick The goal of defeating Disney on Memorial Day has been scored and as much as Tom Cruise is a superstar, it is about a single man, mortal, alas, unable to compete with the engineer of the Marvel bosses, from Star Wars, from DC or from Fast and Furious. This time, however, it has come close.

Second Box Office Mojo, Top Gun: Maverick is at number 31 at the box office during the first 4 days of its release in the United States. She may be a long way from the podium, but the distance between her and the others is obvious. Despite being a sequel, it is the only film that does not belong to an established franchise (or a Pixar title). Ahead we find Jurassic World films, Transformers, The Hunger GamesStar Wars, Harry Potter, remakes of Disney classics like Beauty and the Beast and so on until you reach the top 1 of Avengers: Endgame and its colossal 394 million dollars in just four days. maybe in front of it Top Gun: Maverick It falls far short, but it hasn’t had to create a shared universe to get where it is either.

Those who have overcome Top Gun: Maverick has been to the premieres of The Batman (145M) y Fantastic Beasts: Dumbledore’s Secrets (a sad 42 million). Not bad for a sequel to a 1986 movie.

The success of the film has not been limited to the United States. Top Gun: Maverick It has been number one at the box office in 32 of the countries in which it has been released, including Spain. Here it has surpassed all the premieres of the week, well above Doctor Strange 2which after several days on the bill is already beginning to decline.

See also  In the video .. "The Singing Dog" dazzles the American talent jury