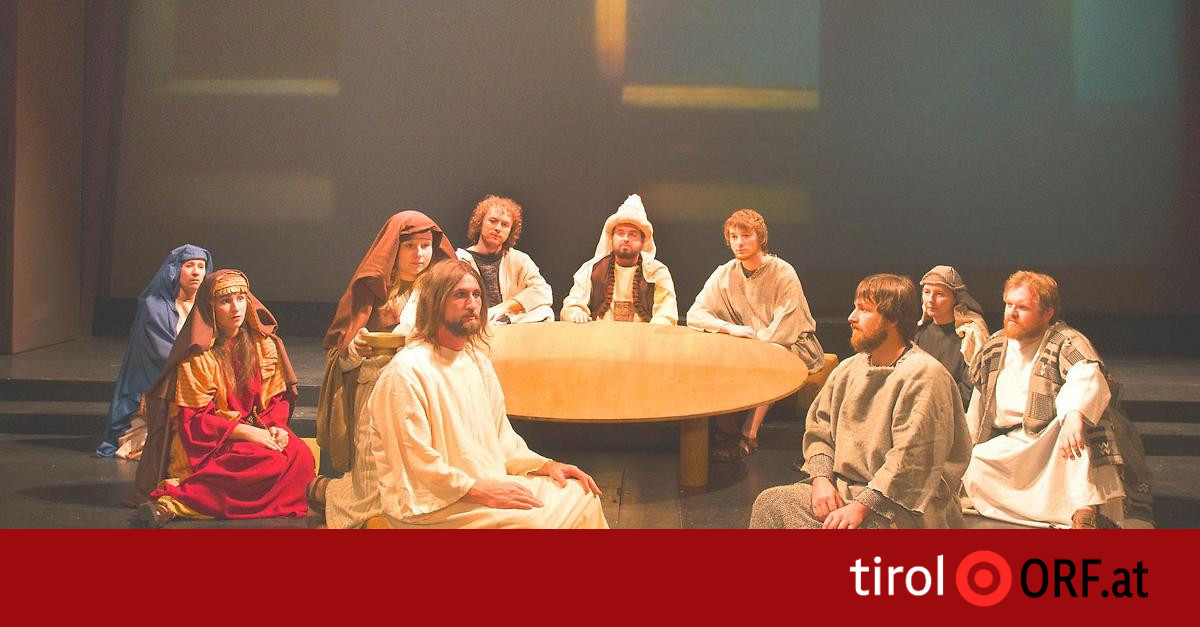 The decision to start a new version was made by director Norbert Mladek together with the board of directors of the Passion Play Association. “The old version of the text, which has already been edited, shortened and changed ten times, was processed and told,” he said in the APA interview. The idea that followed this realization of creating a version for Thiersee from the film “Il Vangelo secondo Matteo” by Pier Paolo Pasolini and its screenplay was also rejected again.

Finally, they came across the author and literary scholar Toni Bernhart, whom Mladek already knew from his dramatization of Virgil’s “Aeneid”. “Anyone who can handle that can also handle the passion,” emphasized Mladek. And that’s exactly what happened, he said to Bernhart Rosen.

rewrite as a difficult task

But the person addressed also emphasized the burden that it means to take on a passion. “You’re dealing with, among other things, 2,000 years of literary history, 2,000 years of religious history and around 600 years of passion play practice,” he explained. Nevertheless, he immediately said “yes” to this “unique opportunity” and after the request, according to Bernhart.

In the creative process, which according to the author lasted around a year, he then made several decisions. “I brought in apocryphal texts, that is, texts that cannot be found in the canonized Bible,” Bernhart explained. According to the author of the new version of the text, he also exchanged ideas and consulted with numerous theologians. In addition, he dared the trick of dividing the Jesus figure into three actors: child, adult and Jesus after the resurrection.

Changes were met with resistance

Ultimately, all of this met with some resistance in Thiersee, the chairman of the Passion Play, Michael Juffinger, openly admitted. “Many of course had the old passion in the back of their minds and a few couldn’t get involved with the new one,” says Juffinger. Ultimately, however, it was now possible to bring the passion into modern times and at the same time to retain a “down-to-earth character” typical of Thiersee.

The director also found that the Passionsspiele-Neu project was finally a success: “The players’ old views collided with new ones, but in the end everything worked out after discussions and explanations”. Apart from the discussion processes, it was always an act of violence: “There are over 100 roles and a total of 150 participants on stage in this passion,” says Mladek. The director is particularly pleased that 60 young people are taking part: “This is also the future of the passion”.