June 9, 2021, 11:49 PM · It takes some chutzpah to make a theme park attraction based on Jurassic World. No other entertainment franchise so mercilessly lampoons theme parks as Jurassic World does.

Even Jurassic Park could be forgiven as the naive product of a misguided entrepreneur. We can make dinosaurs? Let’s charge people admission to see them! I can understand that. But Jurassic World? That’s just a cynical cash grab. You know by now that “live dinos equals dead people,” so the only question left is whether the people who bought tickets are stupider than people selling them are immoral. (They did Zara Young dirty in first film, and I will die on that hill like she died in the Mosasaurus’s mouth.) 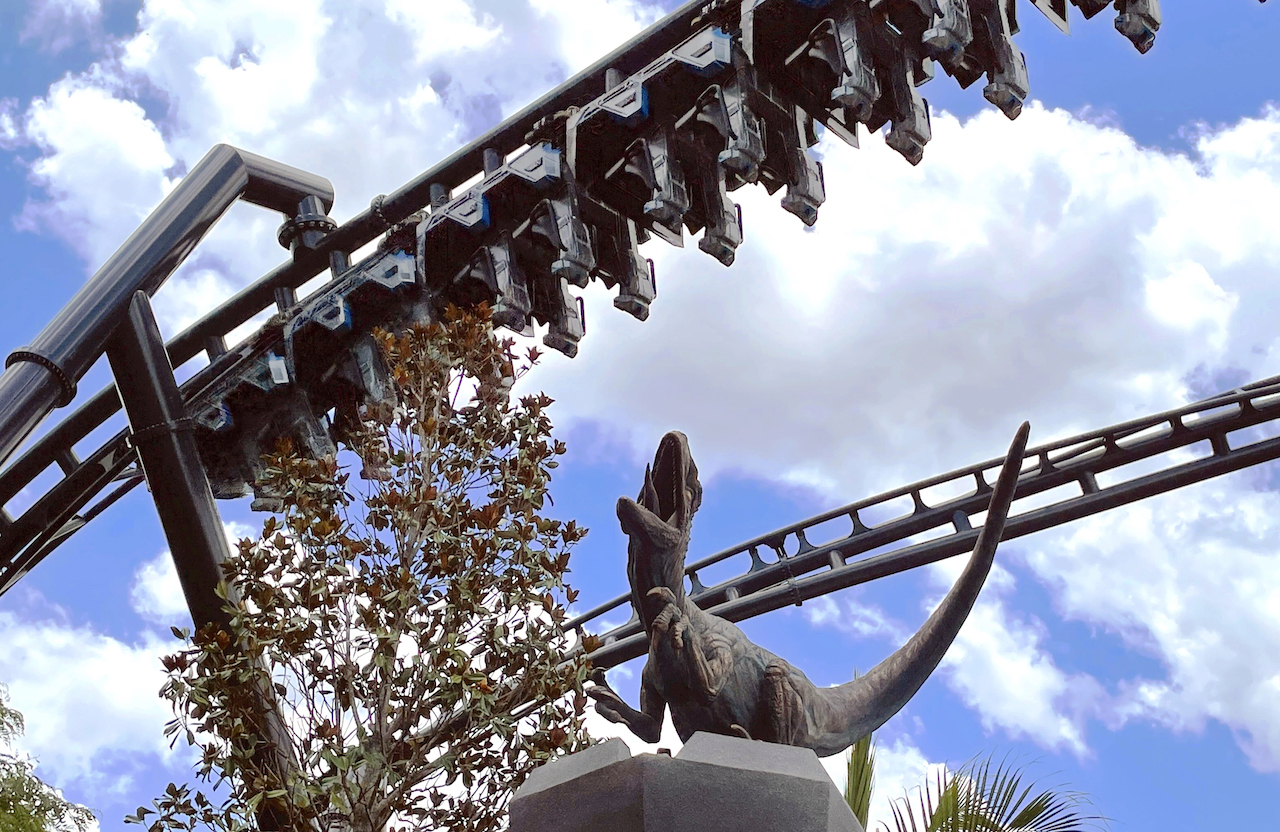 Dr. Henry Wu might be Jurassic World’s Dr. Moreau – splicing dinosaur DNA to create ever-more intimidating creatures, but nothing he crafted in this fictional universe has so throughly dominated its genus as Universal Orlando’s Jurassic World now dominates the world of roller coasters. This is our ultimate, our Indominus rex… except that it thrills people rather than eating them. Which, perhaps it should be needless to say, I consider a plus.

The story goes that we are here because Claire Dearing and the team at Jurassic World have decided that adding a roller coaster to the velociraptor paddock might provide a neat new way for people to feel even more of a thrill seeing history’s most prefect killing machines up close. Come on and say it with me now – what possibly could go wrong?

READ  'Voilà AI Artist': the 'app' that turns you into a Pixar character

Wait a minute – is this a theme park making fun of a franchise that makes fun of theme parks? How very meta(saur).

Whatever it is, I love it. Jurassic World VelociCoaster presents riders with what might be the perfect combination of roller coaster elements. The two-launch, 4,700-foot Intamin production never stops as it throws one thrill after another at riders, many complemented by Universal’s visually engaging production design. If you think mid-course block brakes are the devil, allow me to introduce you to your new lord and savior.

Come ride with me.

And if you prefer the front view, here ya go.

After riding, I spoke with Universal Creative Show Producer Shelby Honea about the making of Jurassic World VelociCoaster, asking her what elements the creative team thought were “must haves” for the ride.

Along with its neighbor Hagrid’s Magical Creatures Motorbike Adventure, Jurassic World VelociCoaster elevates Universal Orlando’s Islands of Adventure to a new standard for roller coaster entertainment. Other parks around the world might have more roller coasters, but none has better.

Everyone might be screaming, but this is a very happy place. 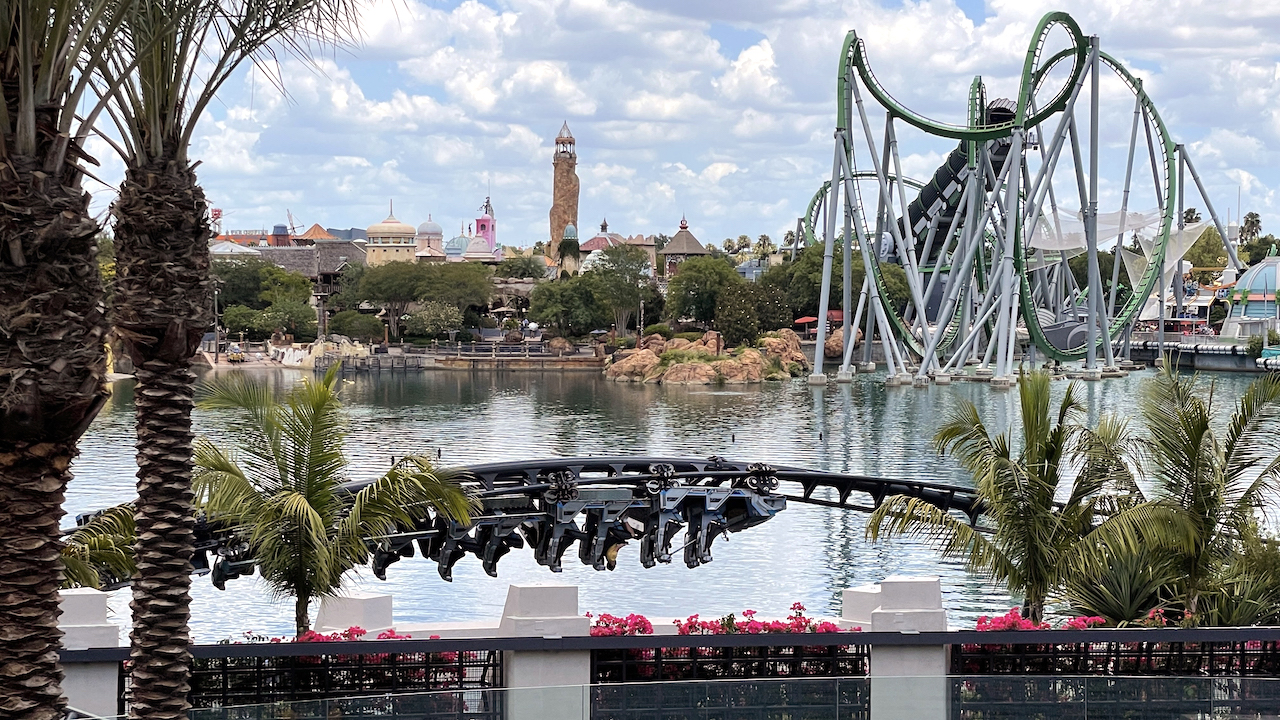 * * *
We wanted you to read this article before we make our newsletter pitch, unlike so many other websites. If you appreciate that – and our approach to covering theme park news – please sign up for our free, twice-a-week email newsletter. Thank you.