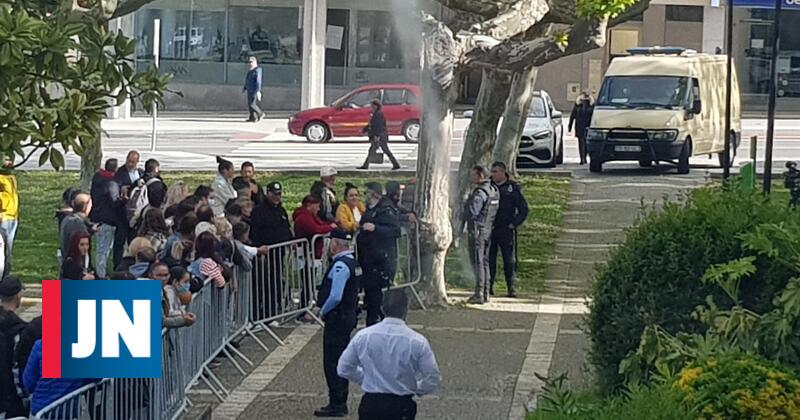 All defendants in the ″Red Beard″ case are sentenced

The 22 defendants in the “Barba Ruiva” case, related to drug trafficking in Espinho, Vila Nova de Gaia and Santa Maria da Feira, were sentenced to between six years and nine months and a year and two months.

The defendants, 18 men and four women, aged between 19 and 65, were accused of drug trafficking and minor trafficking.
One of them also responds for a crime of possession of a prohibited weapon.

In the reading of the judgment, this Wednesday morning, in the Court of Espinho, all ended up condemned, nine of them to effective prison sentences of 6 years and nine months and one year and six months. Suspended from five years to one year and two months.

According to the prosecution of the Public Ministry (MP), the defendants were involved in drug trafficking, namely hashish, cocaine and heroin, in the geographical areas between Espinho, Gaia and Feira.

It is mentioned in the indictment document that the defendants collaborated with each other, purchasing the drug together in the city of Porto and, when one of them did not have a product, they sent the consumer to the other.

The “Red Beard” operation led to the arrest of 13 people in July 2020, in the municipalities of Espinho, Ovar and Vila Nova de Gaia.

In total, 44 search warrants were issued and more than three thousand doses of drugs, various weapons, vehicles and more than 13 thousand euros were learned.