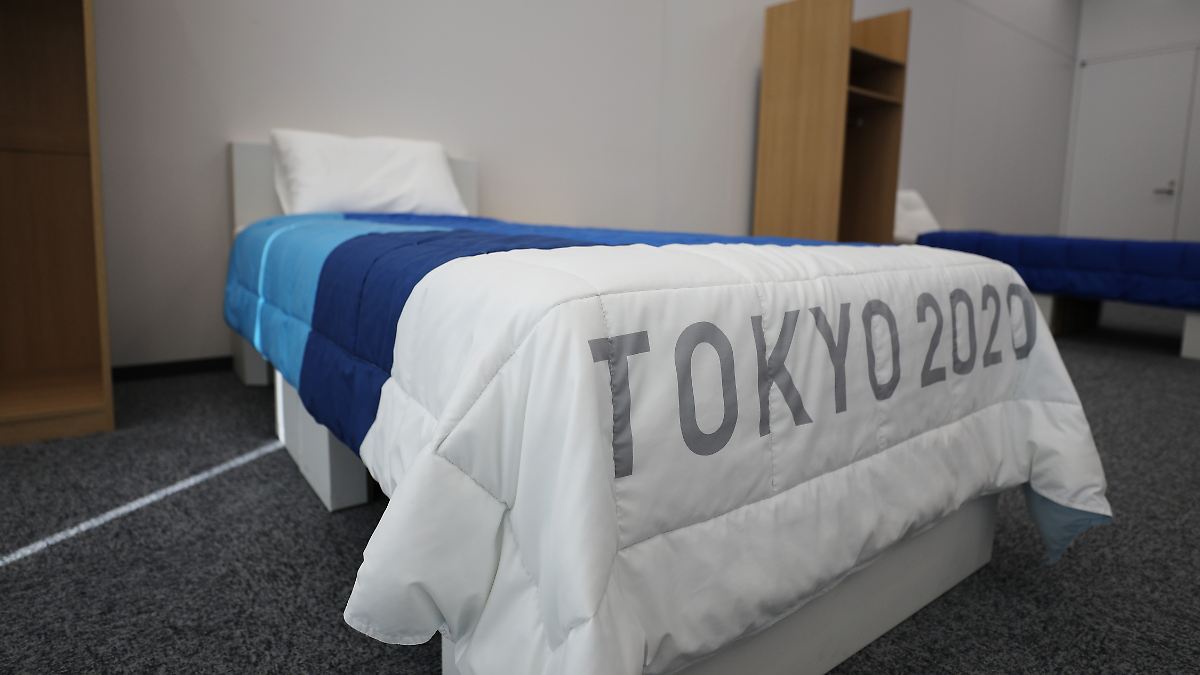 Beds in the Olympic village stable for sex

The beds in the Olympic Village in Tokyo are “stable” enough for sex. An Irish gymnast reveals a different newspaper report as “fake news”. But “unnecessary body contact” should still be avoided.

The beds in the Olympic Village in Tokyo are “stable” enough for sex. The organizers have now confirmed this after individual athletes had expressed doubts about the stability of the cardboard structures.

Irish gymnast Rhys McClenaghan had filmed himself on Sunday jumping repeatedly on a bed to verify a report in the New York Post. The newspaper had claimed the beds were deliberately made fragile to aid social distancing. “The beds are supposed to be an anti-sex measure. They are made of cardboard, yes, but apparently they are supposed to break if you move suddenly. This is fake news,” said McClenaghan in the video he posted on Twitter: “These sustainable beds are stable! “

The report in the New York Post was based on an apparently tongue-in-cheek tweet by US long-distance runner Paul Chelimo. He stated that the cardboard beds “aim to avoid intimacy among the athletes”. The beds would only withstand the weight of a single person in order to prevent “situations outside of sports”. At the beginning of the year, the manufacturer Airweave promised that the beds would withstand a weight of 200 kilograms and that they would have undergone rigorous stress tests. The Australian basketball player Andrew Bogut had previously questioned their steadfastness.

“We did experiments like dropping weights on the beds,” said a spokesman. “As long as only two people are in bed, they should be strong enough to carry the load.” Thousands of athletes will be housed in the Olympic Village during the Tokyo Games, which begin Friday.

Despite warnings to “avoid unnecessary physical contact”, organizers are expected to hand out 160,000 condoms. These were “not intended to be used in the Olympic Village,” said the organizing committee. Instead, they should “be taken by the athletes to their respective home countries and help to support the campaign to raise awareness about AIDS”.